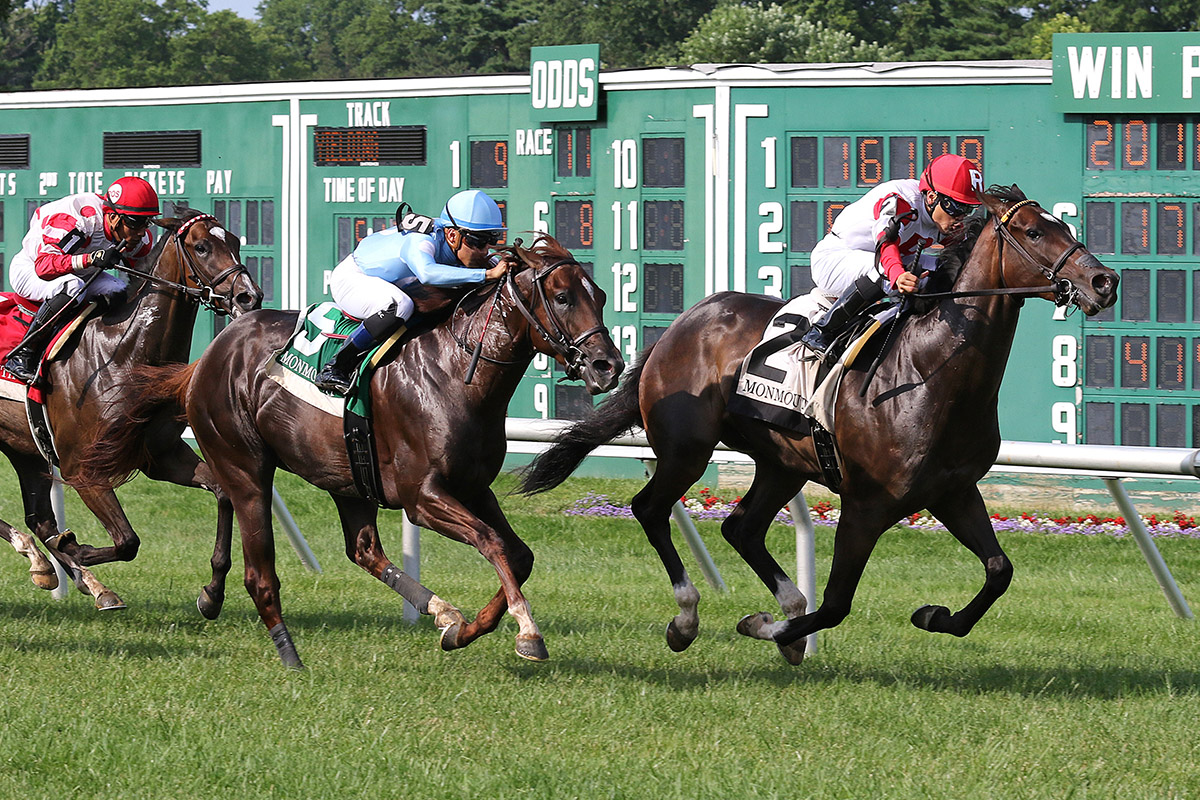 Chances are Chasing Artie won’t be available in a $15,000 claimer again any time soon.

The Wesley Ward-trained gelding, dropped into a $15,000 maiden claimer to start the year, improved to 3-for-3 in turf sprints and notched his second stakes win in four months, using a ground-saving trip to score a neck victory in Sunday’s $75,000 My Frenchman Stakes at Monmouth Park.

Ridden by Albin Jimenez, who was filling in for injured scheduled rider Hector Diaz Jr., Chasing Artie sat off the flanks of the pace-setting Momos and then sped through an opening along the rail coming out of the turn in the 5½-furlong turf dash.

He surged past Momos and then held off three late-runners to record his third victory in six career starts. Momos held for second, a length ahead of Arzak.

The winning time was 1:03.87 over a turf course listed as yielding. There were no early fractions recorded because of the “about” distance with the rail set at 12 feet.

“It was a good surprise to pick up this mount,” said Jimenez. “I was at home and I got a call from my agent who said `you’re riding Wesley Ward’s horse in the feature race.’ I said `great. Let’s get the money.’

“I was in great position chasing the speed. Wesley told me to break and just sit there. He said if I could get outside and find a lane it would be better. But I got a beautiful trip on the rail and it opened up for me coming out of the turn.”

Sent off as the favorite in the field of seven 3-year-olds, Chasing Artie returned $4.60 to win. The son of We Miss Artie-Frisky Kitten by Kitten’s Joy boosted his career earnings to $143,027 for owners Ken and Sarah Ramsey.

On April 2 he won the Palisades Turf Sprint at Keeneland. After racing just once at 2, and finishing seventh in a Maiden Special Weight race at Gulfstream, Ward dropped Chasing Artie into a $15,000 maiden claimer at Turfway to start his 2021 campaign. He finished second in that 6 ½-furlong race, beaten a neck. He has won three of four since then.