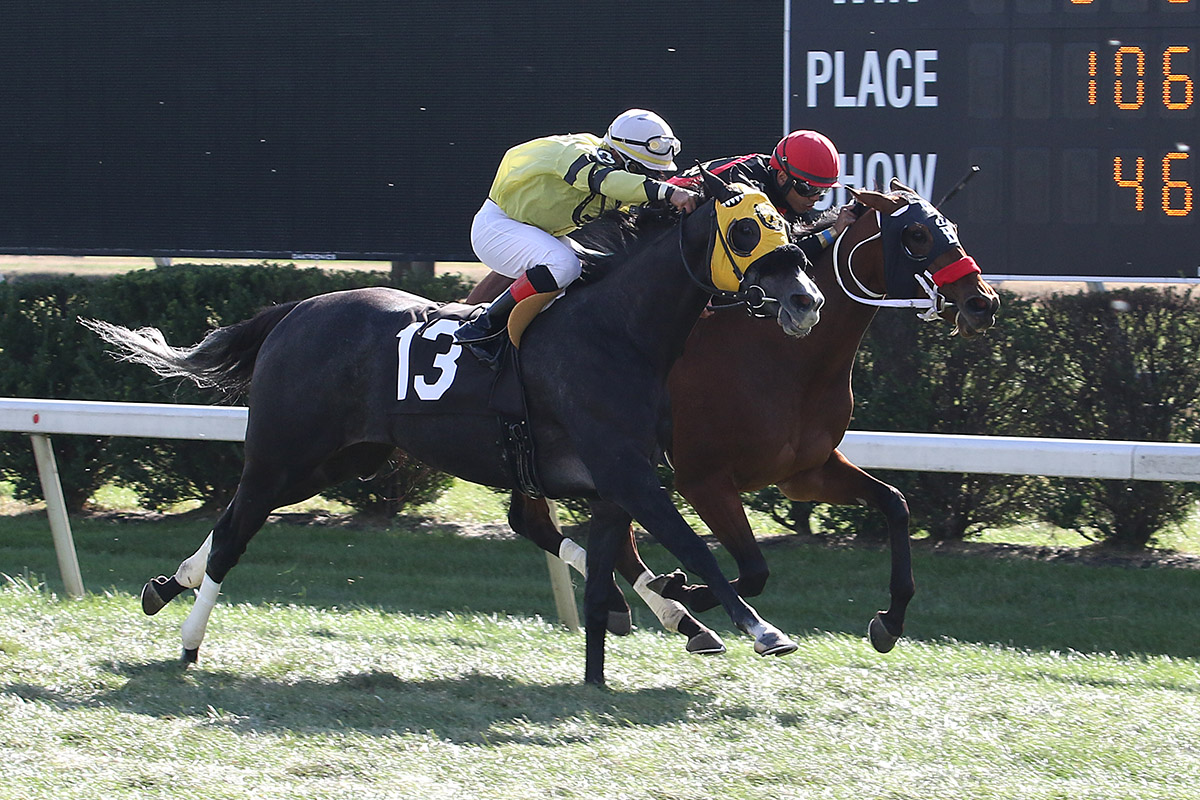 Watchin the Wheels, claimed four starts back by trainer Kelly Breen for owner Mike Napoli, won for the third time for her new connections, holding on for a nose victory over Theodosia in the featured grass race during Friday’s all-turf card at the Meadowlands Racetrack in East Rutherford.

The 3-year-old daughter of Broken Vow-Eyedontblink by El Corredor, had been just 1-for-9 lifetime before being claimed by Napoli, the former 12-year Major League baseball player, for $20,000 on June 16 at Monmouth Park. She has won three races with a second in her four starts since coming into Breen’s care.

The 5-2 second choice in the field of 10 fillies and mares, Watchin the Wheels covered the mile and a sixteenth over a turf course labelled “good” in 1:46.36.

Her latest victory was a hard-earned one, with jockey Harry Hernandez slipping along the rail coming out of the final turn to take the lead from Theodosia and then briefly opening a one-length lead. But Theodosia, under Ruben Silvera, battled back, with the two racing just noses apart for much of the stretch.

It was another 3¼ lengths back in third to 2-1 favorite Animauxselle.

When all-turf racing resumes on Friday, Oct. 25, for the first of the final two cards of the abbreviated Monmouth-at-Meadowlands meet, there will be a Pick 6 carryover of $3,533.86 awaiting handicappers.

Following the 99th Far Hills steeplechase meet this Saturday, Thoroughbred racing will resume at Monmouth Park on Sunday for the 60th day of the 61-day meet. The 2019 Monmouth Park racing season, as well as this year’s New Jersey Thoroughbred season, will conclude on Sunday, Oct. 27.