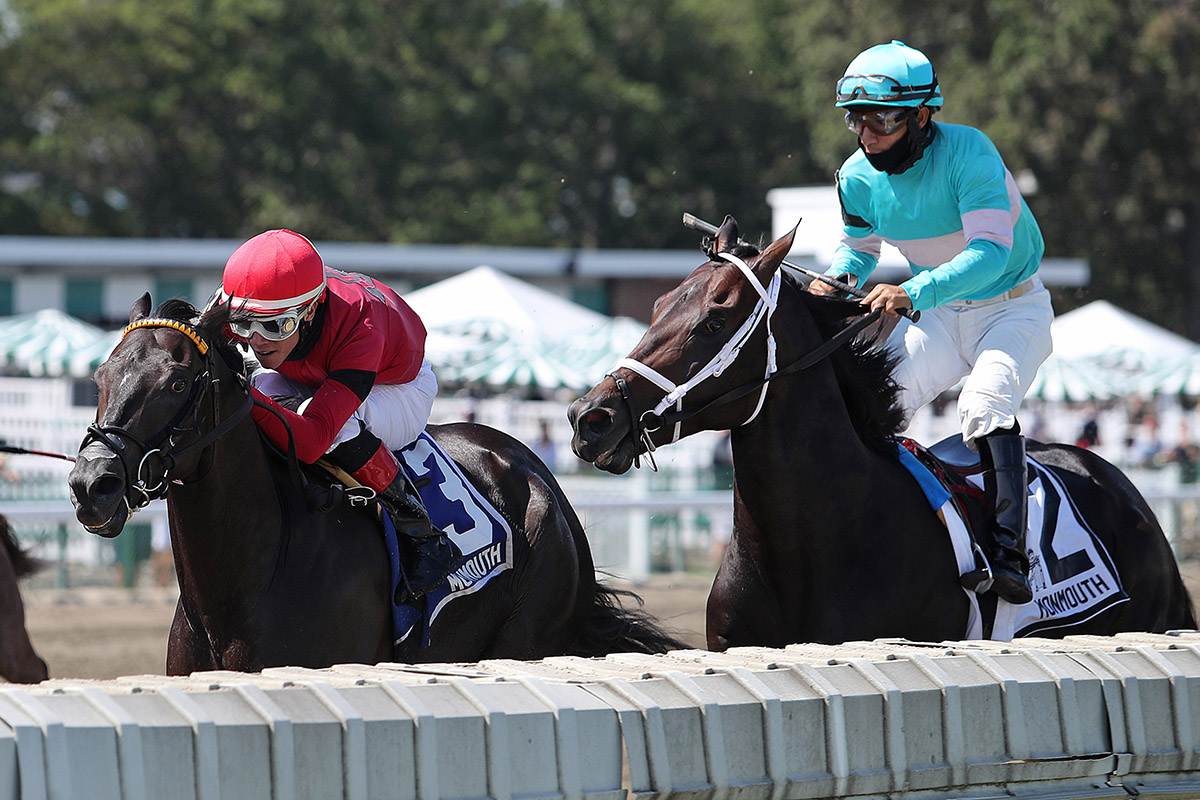 Trainer Brad Cox knows full well how tough graded stakes victories are to come by, so he will take the one by Warrior’s Charge via disqualification in Saturday’s Grade 3 $200,000 Philip H. Iselin Stakes at Monmouth Park and move on.

With the stewards ruling that first-place finisher Pirate’s Punch came in and intimidated Warrior’s Charge late in the race, Cox’s horse earned the second graded stakes victory of his career after being placed first.

The mile and a sixteenth Iselin, reduced to a four-horse field after scratches, was essentially a two-horse race with Pirate’s Punch, ridding by Jorge Vargas, Jr., and Warrior’s Charge, handled by Paco Lopez, running neck and neck around the racetrack.

Pirate’s Punch took a slight advantage in mid-stretch before starting to come over inside the sixteenth pole, with Warrior’s Charge battling along the rail.

With 30 yards to go, Lopez stood straight up in the irons and effectively stopped riding, finishing 1½ lengths behind the Grant Forster-trained Pirate’s Punch. It was another three-quarters of a length back to Bal Harbour.

“I think if had a little room he would have come back to win because he’s a fighter. You can see on the head-on how it bothered us and why I had to stop riding. That hole was there and then it closed very quickly when that horse came over on us.”

Warrior’s Charge, who started his 4-year-old campaign by winning the Grade 3 Razorback Handicap at Oaklawn Park, earned his fifth victory in 11 career starts. The son of Munnings-Battling Brook by Broken Vow is owned by Ten Strike Racing and Madaket Stables LLC.

“Paco had the horse where he needed to be, up close or on the lead,” said Cox. “Pirate’s Punch took off after us and I thought we were able to battle back and get in front of him but I’m not sure he ever did, even though he hung in there with him. Maybe we were going to come back. Obviously the stewards thought we were. We were fortunate to come out on the front end of this. The horse that crossed the wire first ran a tremendous race. I honestly thought he was a horse to contend with and he obviously was.

“It’s strange, because a couple of more jumps and we’re probably third. It was an unfortunate way to win a race, I guess you could say. But we’ll take. Now we’ll see how he comes out of it.”

Cox said his ultimate goal with Warrior’s Charge is the Breeders’ Cup Dirt Mile at Keeneland on Nov. 7. He hopes to find one more race before then.

“He will ship back to Kentucky tomorrow and we’ll see how he is,” he said. “I think we’ll look at one more race (before the Breeders’ Cup Mile) but we’ll see how he comes out of this first.”

Warrior’s Charge paid $3 to win as the 1-2 favorite, dueling with Pirate’s Punch through fractions of :24.10 for the opening quarter, :47.46 for the half, 1:11.17 for three quarters of a mile and 1:36.61 for the mile. They were never separated by more than a half-length until the incident in deep stretch.