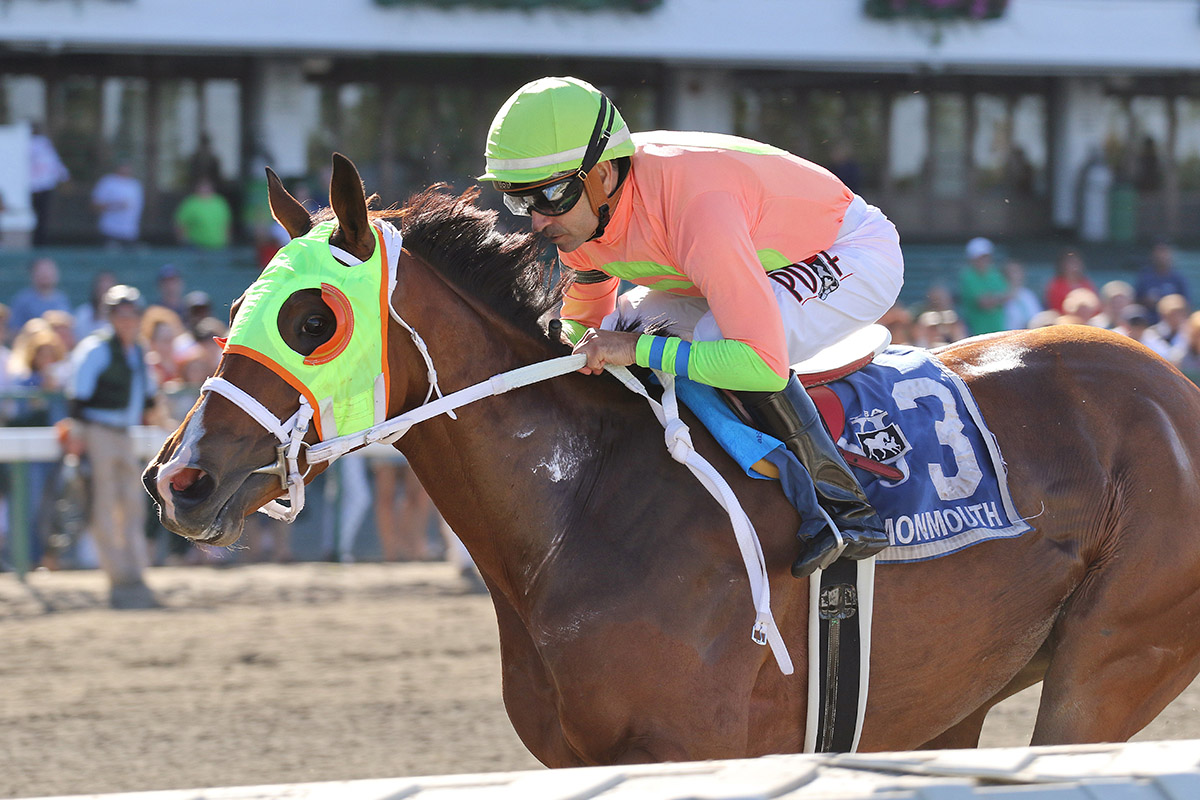 John Mazza knows exactly what he’s up against in sending out his nice Jersey-bred filly Horologist against the likes of 2018 Juvenile filly champion Jaywalk in Saturday’s Grade 3 Monmouth Oaks at Monmouth Park.

But with a horse that’s fresh, and who seems to run better that way, and one that’s also riding a three-race winning streak, the veteran trainer sees this as a risk worth taking.

“She deserves this chance,” Mazza said of Horologist. “This is the best she has been since she was born. The timing is right to try this.

“I don’t think we’ve reached the bottom with her yet. But I think this will tell me what kind of filly she is. I already know she is very game, very competitive and she has a lot of heart.”

Ever since her dazzling debut at 2, when she beat state-bred colts by 20¾ lengths, Horologist has hinted at being a good one. But it wasn’t until her last start on June 9 in the Smart and Classy Handicap at Monmouth Park that she finally notched her first stakes victory.

Her only previous try against graded stakes company resulted in a fifth-place finish in the Grade 3 Forward Gal at Gulfstream Park on Feb. 2.

“When she broke her maiden by 20¾ lengths I kept telling people that doesn’t mean she is special,” said Mazza, now in his 63rd year as a trainer. “You had to see her against better competition. So I didn’t get too high on her then because it was a matter of `we’ve got to see.’

“She has run well this year. She has gotten better and better and she has filled out. You don’t get a lot of opportunities like this and the timing is right so we’re going to give it a shot.”

Owned by Cameron Beatty’s Theres A Chance Stable, Horologist boasts a 4-1-2 line from nine career starts with earnings of $173,105. Two races ago, off a 68-day layoff, she romped by five lengths in an optional claimer against open company at Monmouth Park, recording a career-best 90 Beyer Speed Figure.

Mazza knows it will take a similar effort for him to notch his first graded stakes victory since the Grade 1 Hopeful Stakes in 1992 with Great Navigator.

“Jaywalk is the horse to beat. I know that,” Mazza said. “My filly hasn’t run in a long time now and when I don’t run her for a while she seems to run better. She loves to run fresh and she has not missed one day of training since her last start on June 9. That means a lot.”

The daughter of Gemologist-Cinderella Time by Stephen Got Even will get a new rider in Angel Suarez, with Joe Bravo – aboard for all three victories during her current form spree – opting to ride Jaywalk.

“In the Grade 3 race at Gulfstream she got in trouble. She got bounced around and she was wide the whole race. So she had an excuse,” said Mazza. “Hopefully she gets a clean trip and we get to see her at her best.”