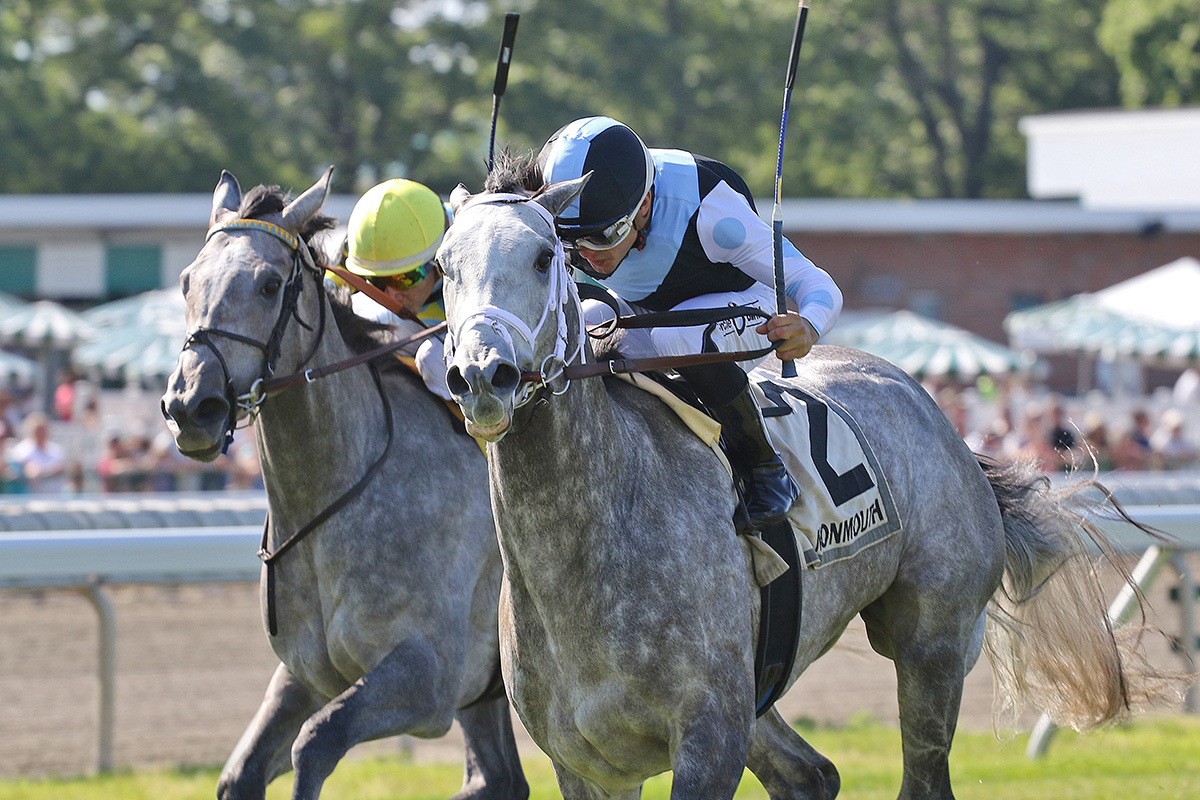 Unbeaten Valiance continued to live up to her lofty yearling price, swinging out from a stalking trip in mid-stretch and going on to 1¼-length victory in Sunday’s $75,000 Open Mind Stakes at Monmouth Park.

A $650,000 yearling purchase, the Todd Pletcher-trained filly improved to 3-for-3 lifetime while recording her first stakes victory in an evenly-matched field of nine 3-year-old fillies.

She covered the mile and a sixteenth over a turf course labelled “good” in 1:41.84.

“Todd said it was time to give her a shot and see where she’s at,” said Anthony Sciametta, who oversees the Pletcher stable at Monmouth Park. “I thought this was a competitive race with a good field. It’s a nice win. She keeps progressing, which is what you want to see. She’s a horse that tries.

“This race she went around horses instead of coming inside, so she’s learning as she gains experience. It’s probably too early to know how good she is. If she keeps going up the ladder and her numbers keep going up on the sheets we’ll have to test her again.”

The daughter of Tapit-Last Full Measure by Empire Maker, unraced at 2, won an allowance race on the grass in her last start at Monmouth Park. She broke her maiden on the turf in a Maiden Special Weight race at Gulfstream Park on April 13.

Sent off at 3-1, Valiance sat in third as Karama cut out most of the early fractions while pressured by Ellyb. Jockey Nik Juarez gave his filly her cue early in the stretch and she responded, easily holding off the late-running Her Royal Highness. It was another half-length back to Ellyb in third.

“I think she’s just starting to show her ability,” said Juarez. “She does so well rating off the pace and she has such a great kick coming from home. She was very valiant today. The reason I made the move when I did is because Karama is very tough on the lead. She’s a filly I have ridden. I couldn’t keep waiting with the way the turf course was playing today. It seemed there was a speed bias on the grass if you looked at the earlier races.

“When I was four lengths off the pace and still on a hold and Karama was kicking away I knew I had to make a move because of the way the turf course was playing.”

Juarez, Monmouth Park’s leading ride, improved his victory total to 41 after 21 days of live racing with two more winners on Sunday’s card. He has 11 more wins than runner-up Jose Ferrer, who won the riding title at the track last year.

The Chad Brown-trained Beautiful Lover, who came into the Open Mind Stakes on a three-race winning streak, finished fifth as the 2-1 favorite.

Racing resumes at Monmouth Park on Thursday, July 4, as part of a four-day stretch of live racing. There are two steeplechase races on Thursday’s eight-race card as well as the $75,000 Rumson Stakes.