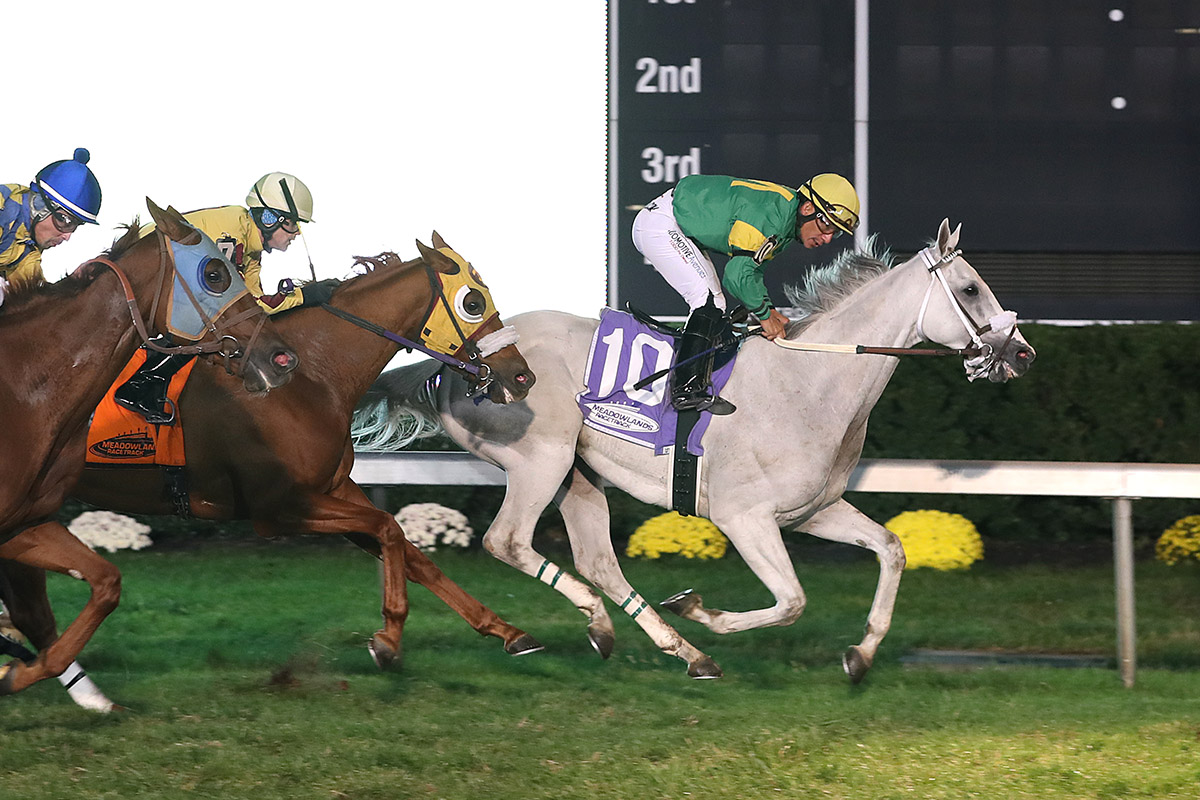 EAST RUTHERFORD, N.J. – Uncle Curly and jockey Paco Lopez split horses in deep stretch and surged to a half-length victory in the $45,000 featured allowance on the penultimate card of the Monmouth-at-Meadowlands meet on Friday night.

Trained by Peter Walder, who co-owns the 7-year-old gelding with Paradise Farms Corp., Uncle Curly notched his sixth career victory – all on the turf — from 41 lifetime starts.

Uncle Curly, a New York-bred son of Curlin, rallied late to first overhaul race-long pacesetter Pirate Parade while simultaneously passing Raising Moon, who was inside of him, in the final stages of the race.

Pirate Parade held for second, a nose better than the fast-closing Rock the Stars.

Saturday’s closing night of the all-turf Monmouth-at-Meadowlands meet will feature a mandatory payout of the Jersey Pick 6, which has a carryover of $22,231.

First race post time for the six-race card is 7 p.m.