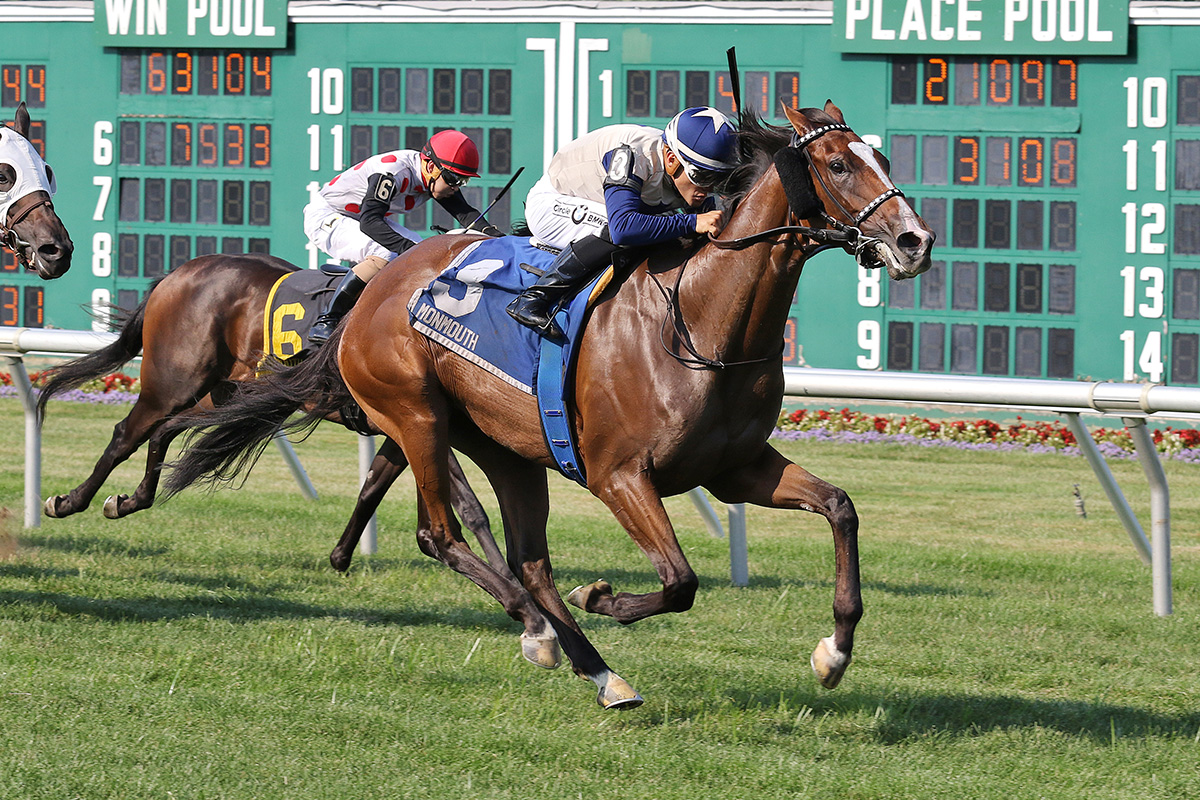 Unbeaten in her first two career starts on the dirt, both earlier this year, Tasting the Stars became a stakes winner in her first try on the grass, showing an impressive late kick to capture the $75,000 Just Jenda Stakes by 1¾ lengths on Sunday at Monmouth Park.

The 3-year-old daughter of Bodemeister-Pink Champagne by Awesome Again, owned by Newtown Anner Stud and trained by Michael Stidham, took to the turf with an impressive effort while doing so off a six-month layoff.

She covered the mile over a turf course listed as firm in 1:34.76. Sweet Sami D was second, a half-length ahead of Souper Escape. Ellyb, the 3-5 favorite, was fourth.

“We had been getting her ready for a grass race for a while and we had a couple of minor setbacks that slowed us down,” said Stidham. “We had other races in mind on the dirt and we passed them up because I wanted to see what she could do on the turf. If you look into her pedigree her mother ran well on the grass.

“We figured she’s talented and she seems like the type that can run on anything and that’s what she has done now. It’s a very difficult decision when you have an unbeaten horse that has run only on the dirt and you’re thinking about trying her on the grass. Now we have options and that’s a good problem to have.”

Ridden by Nik Juarez, who picked up the mount after the scratch of Mercilla, the horse he was originally committed to, Tasting the Stars sat in a stalking third position as Souper Escape carved out the early fractions. Juarez had plenty of horse when he gave the filly her cue.

“The only real instructions they gave me was when I turn for home to make sure I have a clear run,” said Juarez. “So when I saw them going so quick in front of me I knew I could sit my trip and when I made my move at the five-sixteenths pole she ran on like a really classy filly. It was a perfect trip.”

Stidham said he will mull over his options for Tasting the Stars, now 3-for-3 lifetime. He first two career victories came at the Fair Grounds in January and February.