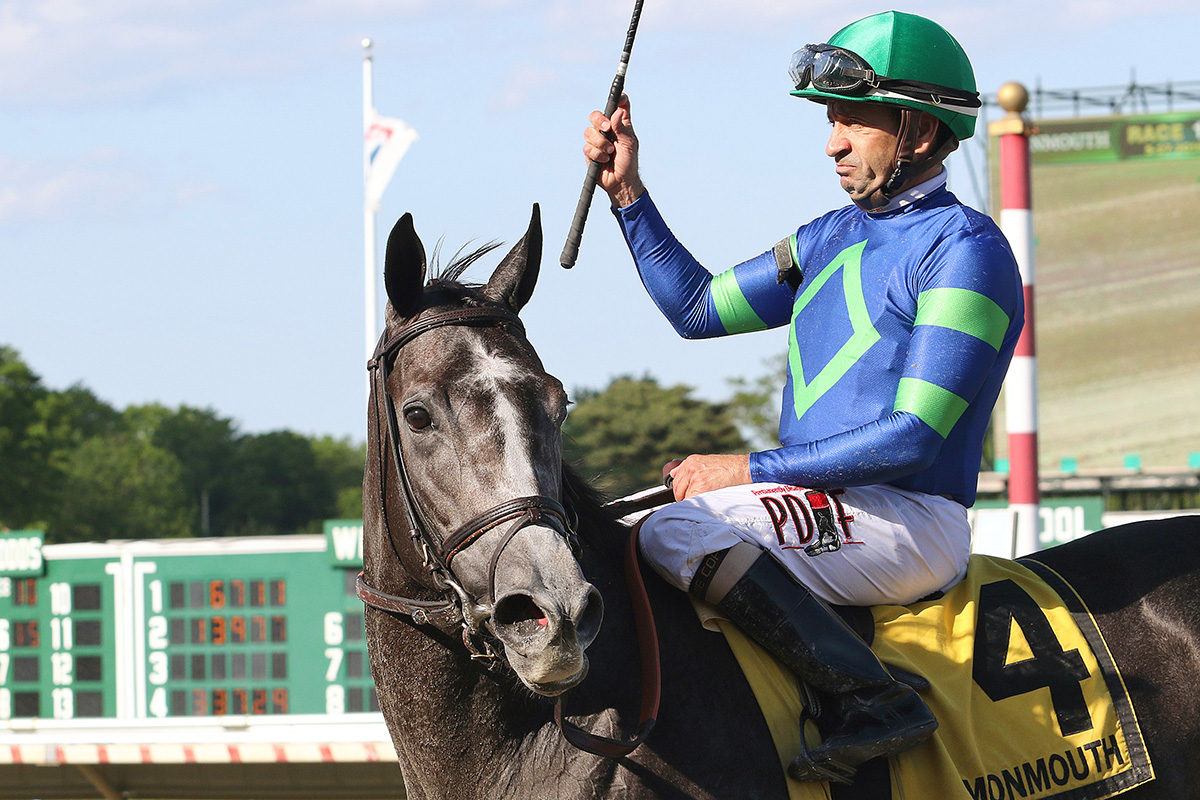 Royal Charlotte remained unbeaten in three career starts, showing a new dimension by rating off the pace before exploding on the turn en route to a comfortable 2½-length victory in the $75,000 Hystericalady Stakes on Monday at Monmouth Park.

Trained by Chad Brown and ridden by Joe Bravo, Royal Charlotte covered the six furlongs in 1:09.92 in her first lifetime stakes test.

Made the overwhelming favorite by the crowd of 14,201, the 3-year-old daughter of Cairo Prince-Sass and Class by Harlan’s Holiday returned $3.20 to win. Miss Imperial finished second. It was another seven lengths back to Swap Meet in third.

Brown, who was 0-for-6 at the meet before the weekend started, captured three stakes between Saturday and Monday at Monmouth Park, highlighted by a victory in Saturday’s Grade 2 Monmouth Stakes with Almanaar. He also won the Boiling Springs Stakes on Saturday with Beautiful Lover.

Royal Charlotte, unraced at 2, made her career debut with a four-length victory at Gulfstream Park on March 16. She followed that up with a victory at Keeneland on a muddy track on April 19.

“She’s a really good filly,” said Luis Cabrera, who oversees Brown’s stable at Monmouth Park. “It looks like she has a lot of class and she may want to go longer. She came from off the pace and rated today. That was something different.”

Bravo was content to sit off the early pace with Royal Charlotte, even though she had been on or near the lead in her first two career starts.

“I wasn’t going to get fancy out there,” Bravo said. “This horse outran everybody. She just ran faster than the rest of them. She was in full control.”