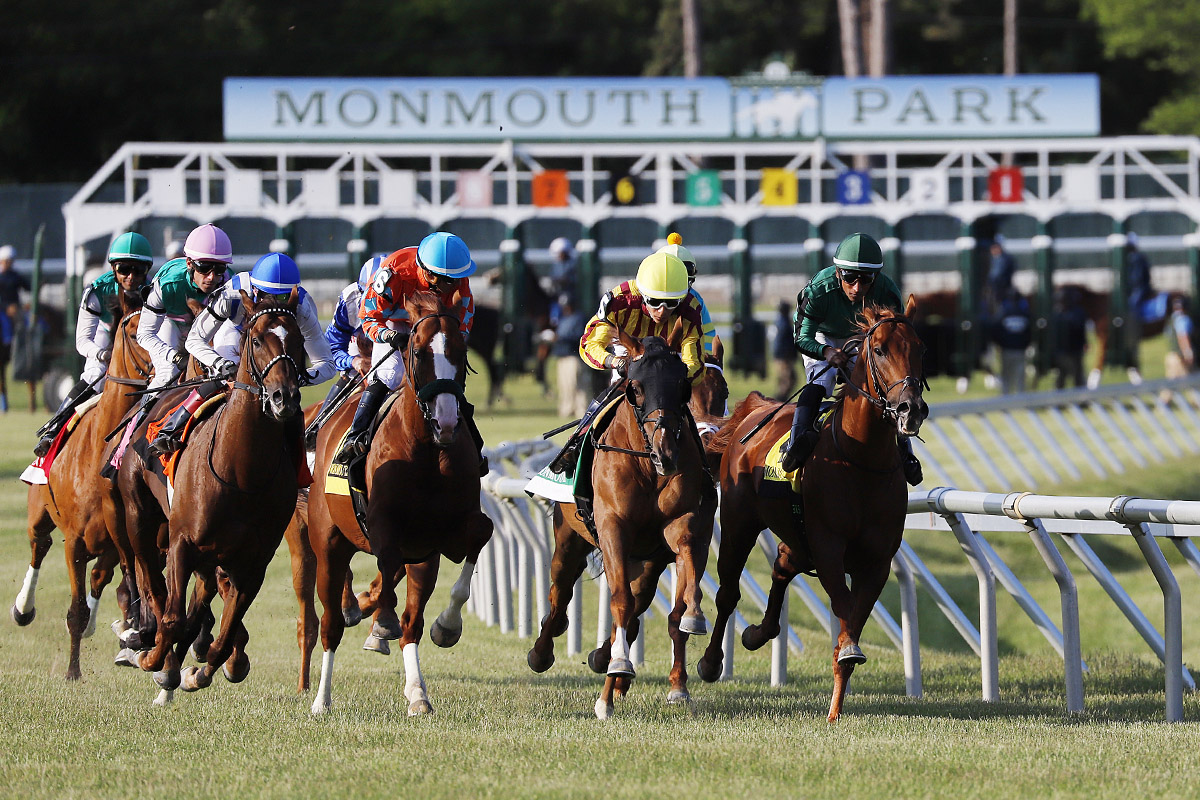 It isn’t often that Ben Colebrook ships Car Club from Kentucky to race. It’s even more rare for the 44-year-old trainer to show up at Monmouth Park with a runner.

Both will be the case Saturday, however, when Club Car sets her sights on the featured $100,000 Regret Stakes at the Jersey Shore oval.

“I’ve only run one horse at Monmouth Park – when Fancy Dress Party won the Miss Woodford Stakes (in 2019),” said Colebrook.

For Club Car, the ultra-consistent 6-year-old mare, the six-furlong Regret Stakes will mark her 27th career start. Twenty of those have come in the state of Kentucky. But Colebrook said the timing seemed right – Club Car has been idle since finishing second in the Roxelana Overnight Stakes at Churchill Downs on April 30– for heading North to take this shot.

“It seemed like this came up as a good spot for her,” said Colebrook. “She has done well with the freshening. I think she is ready to fire a big one.”

A Kentucky-bred daughter of Malibu Moon-Sittin at the Bar by Into Mischief, Club Car has banked $612,284 for her career and his been in the money in 21 of her 26 career starts.

But she has just five career wins and just one in stakes company.

“Sure it’s a little frustrating,” said Colebrook. “But obviously she has been keeping pretty good company.”

In three starts this year, Club Car shows two seconds and an off-the-board finish in the Grade 1 Madison Stakes at Keeneland on April 9.

“She has come back very strong at 6,” said Colebrook. “I think we had some bad luck early in the year. We sent her to New York (for the Correction Stakes at Aqueduct on March 12) and then the race got canceled. So we had to bring her all the way back to Kentucky and ran her at Turfway (for her seasonal debut on March 19). She ran second there to Caravel. I thought that was a good race.

“We came back with her in three weeks and took a shot in the Grade 1 Madison because it was at home at Keeneland and we were thinking we could get her Grade 1 placed. Then I thought she ran well against Bayerness (at Churchill Downs on April 30). After that we freshened her up because she had three bang-bang-bang races.”

Club Car, owned by Michael and Katherine G. Ball, does own a pair of seconds in graded stakes company, but her only stakes win came in the West Virginia Secretary of State Stakes at Mountaineer on Aug. 7, 2021. Colebrook is looking to add to that Saturday.

“She’s seasoned and almost always shows up,” said Colebrook. “Every time she has not shown up there has been an excuse. She is very consistent.”

Colebrook has enlisted Nik Juarez to ride and will give him very specific instructions on how to handle Club Car.

“She pulls on the rider and she does things pretty easily, so sometimes she fools the rider,” Colebrook said. “You have to grab her and make sure she is not too close to the pace, because otherwise she gets running free and the riders don’t realize how fast she is going. She is a long-striding mare and it might not seem she is running that fast. It seems like it takes the starch out of her when they do that.

“We’ll ship her Thursday and if all goes well we plan on running.”

Saturday’s card at Monmouth Park is part of a four-day July 4 racing weekend that starts on Friday.