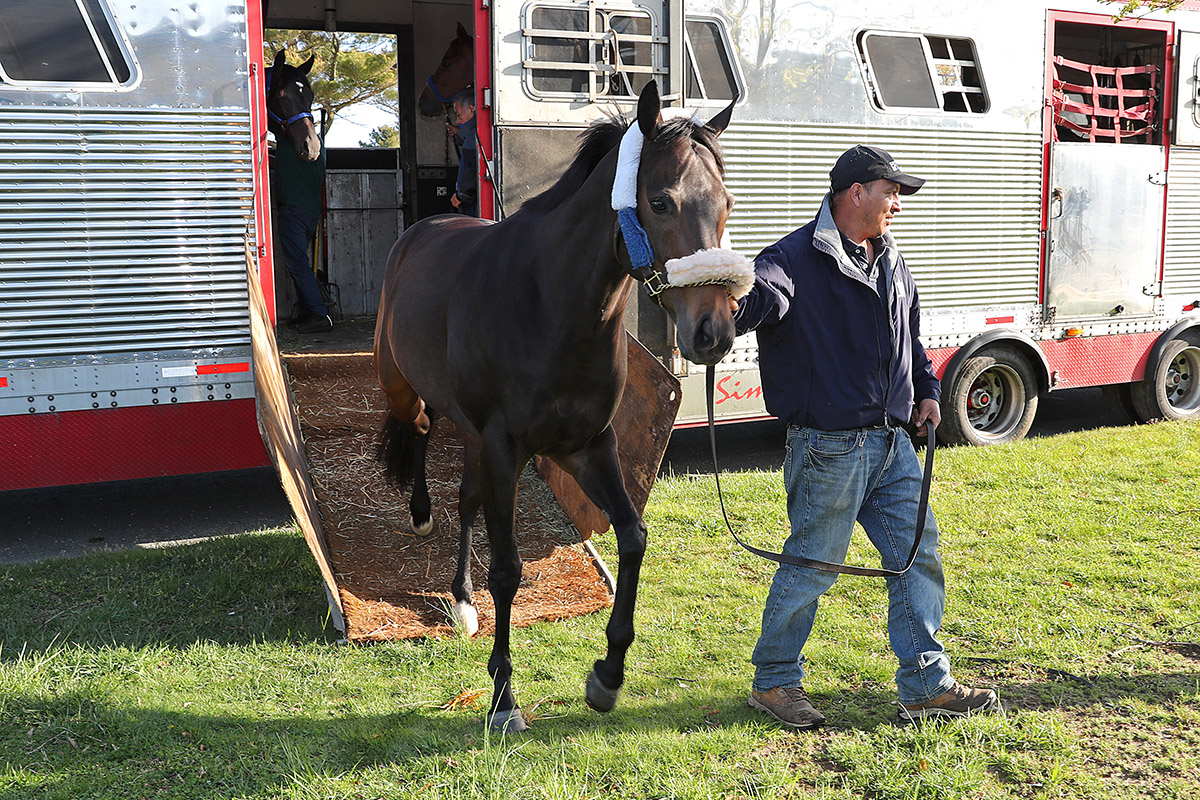 After a long winter spent in Florida, and with five horses he is currently overseeing in Kentucky, trainer Jose Delgado said he wanted to get settled back into his home base at Monmouth Park as quickly as possible.

To that end, The Critical Way, a grizzled turf sprinter from Delgado’s barn, became the first horse to arrive when he was led off a van at 7:40 a.m. by foreman Ramon Ortiz as the Monmouth Park stable area re-opened today.

The track will be open for the first day training tomorrow. Opening day for Monmouth Park’s 77th season is Saturday, May 7.

“I sent some horses early because I am ready to be back home,” said Delgado, who finished fourth in the Monmouth Park trainer standings with 22 wins a year ago. “I’m all over the place. I’m in Kentucky now. I spent the winter at Tampa. I’m ready for a new beginning and I’m ready to come home,”

An 8-year-old who has won nine races and banked $548,168, The Critical Way was one of 15 Delgado-trained horses to arrive today. Five more will ship from Kentucky shortly, he said.

Off since Dec. 1, The Critical Way is being pointed to the $100,000 Get Serious Stakes at five furlongs on the turf on May 22 at Monmouth, according to Delgado.

“We gave him some time off,” he said. “He is working very well. It looks like he is coming back strong.”

Trainers Todd Pletcher and Chad Brown will again have large divisions at Monmouth Park, with Hall of Famer Jerry Hollendorfer back with a string following a success debut season at the track last year. Three-time leading trainer Kelly Breen will also be well-represented.