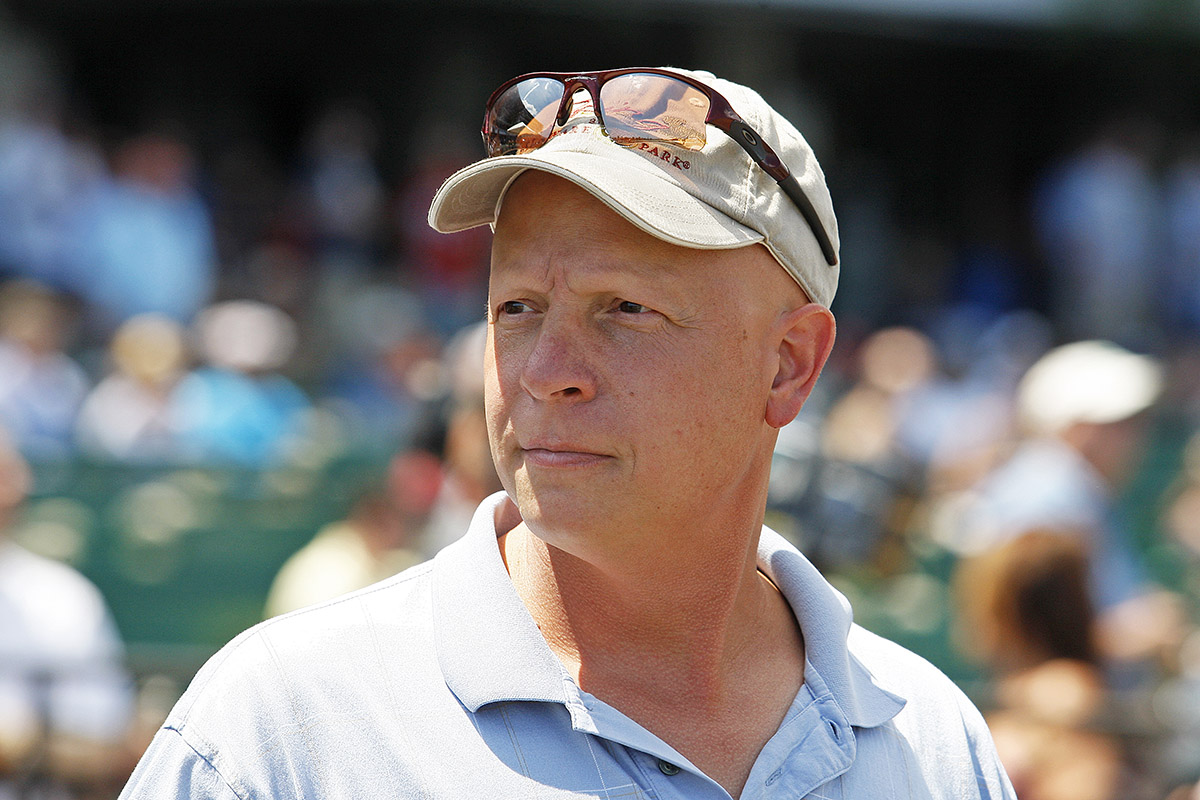 The initial scouting report that Michael Trombetta received when he took over the training of Premier Star this spring was pretty basic.

“All they told me when I got him was that he was a very nice horse,” Trombetta said.

What the veteran conditioner has found out since then is that the son of Tapiture has the ability to be a top-notch sprinter, maybe even one with a graded stakes-winning future. For now, Wednesday’s $100,000 Jersey Shore Stakes at Monmouth Park is the next step toward that, with Premier Star set to take on nine other 3-year-olds in the six-furlong feature, including stablemate Newstome.

Trombetta has had the colt for his three starts since then, the most recent being a third-place finish in the Grade 2 Amsterdam Stakes at Saratoga on Aug. 29. In that race, Premier Star finished four lengths behind race winner Yaupon, a leading contender for the Breeders’ Cup Sprint trained by Steve Asmussen, and was two lengths behind multiple Grade 1 winner Basin.

“The first time I ran him (a fourth-place finish at Laurel) he took a bad stumble leaving the gate and it really compromised his chances,” said Trombetta. “Then we were able to get things going much better after that.

“He won his next start and then we took him to Saratoga for the Amsterdam. As tough as that race was he showed up in a good way and ran credible.”

The Amsterdam was contested over a muddy track, which is significant given the two days of steady rain Monmouth Park has had Monday and Tuesday.

“He can deal with a sloppy track,” Trombetta said. “I think he will be fine if it’s off. Quite frankly, it’s getting late in the season for 3-year-olds so we only have so many opportunities left.”

Owned by Sonata Stable, the Kentucky-bred Premier Star has won three of his six career starts, with two of the defeats in graded stakes and the other because of a stumbled start.

But he does have his limitations.

“I don’t know if he’s truly a two-turn horse. Hopefully at some point he can be,” Trombetta said. “Hopefully he can go a little bit further. We would certainly entertain seven furlongs for sure and maybe a one-turn mile. Whether he is a two-turn horse or not only time will tell.”

For this race, Premier Star is at his optimal distance, facing a solid mix of sophomore runners. The field includes the Kelly Breen-trained As Seen On TV, who is back sprinting after lackluster effort in the Pegasus Stakes at Monmouth Park in his last start. He was similarly unimpressive in the Grade 1 Florida Derby after a third-place finish in the Grade 2 Fountain of Youth.

Newstome, Stidham’s other entry in the race, will mark his 10th straight stakes appearance, but is just 1-for-5 as a 3-year-old after winning three of five starts at 2. The son of Goldencents has four career victories and has banked $226,646.

First race post time for the eight-race card on Wednesday is 12:50 p.m.