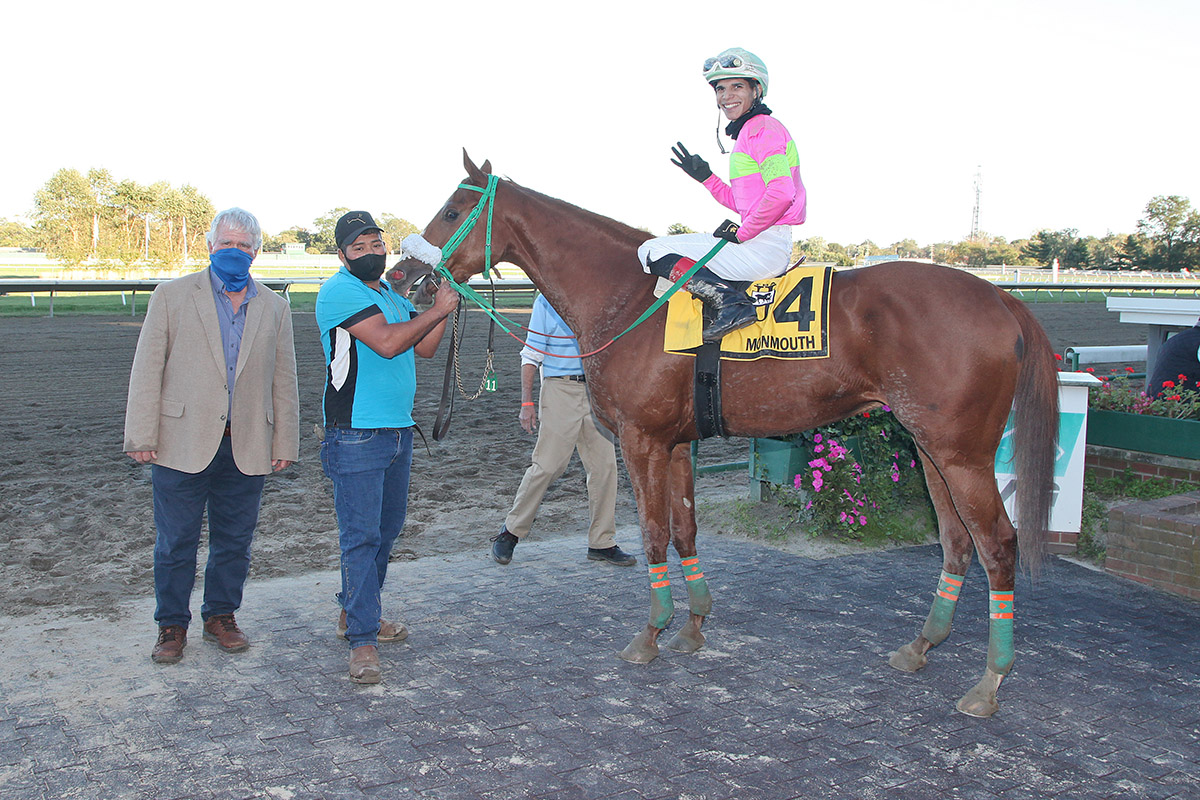 It’s almost easier to list the races that trainer Rory Huston doesn’t have a horse entered in during Sunday’s New Jersey Thoroughbred Festival at Monmouth Park than the ones he’ll have a starter in.

Of the 101 horses entered on the card (not counting two alternates), 12 are Huston’s.

“We actually entered two more, but the race didn’t go,” he said.

In unleashing a good chunk of his stable, which is comprised mostly of state-breds, Huston charges will be vying for a share of purses totaling $975,000 on the 12-race card, including a trio of stakes races – the $125,000 Charles Hesse III Handicap, the $100,000 New Jersey Breeders’ Handicap and the $100,000 True North Handicap.

In addition to celebrating Jersey-breds, there’s a long-shirt T-shirt giveaway for fans who purchase an official Monmouth Park live program, while supplies last.

“It’s close to half of the stable that we have going,” said Huston. “The past couple of weeks we’ve backed off with a few of them so we would have something for this day. It’s a nice card and the pots are big. It’s a showcase for Jersey-breds and this is what we do start to finish, between foaling and breaking them and everything else. We run a Jersey-bred program, so I look forward to this day.”

Huston will have plenty of firepower in two of the three stakes races, with Wallercito going in the New Jersey Breeders’ Handicap and Pretti Tricki, Dantastic, and Roselba all entered in the Eleven North Handicap.

Wallercito comes off a race in a $20,000 optional claimer in which he was disqualified from first and placed fifth for drifting in at the one-eighth pole.

“He should put in a good effort,” Huston said.

Dantastic has been competitive – but remains winless – this year, while Roselba comes off a win against allowance company in a five-furlong grass race at Monmouth Park on July 24. The Eleven North is at six furlongs on the main track.

“I’m expecting Dantastic and Roselba to run well,” said Huston. “We were trying to get Pretti Tricki and Roselba into a `two-other-than’ on the turf but that race didn’t go. So we had to move them over to the stakes race. We’re running out of time and they’re ready.”

Huston will also debut four 2-year-old first-time starters on the card – Forever Chocolate and Alpha Company in the first Maiden Special Weight event and Elegant Dancer and Get Groovy in the second one for fillies.

“Get Groovy is related to Groovy Surprise (the winner of the Jersey Girl Handicap and Smart N Classy at Monmouth this year),” said Huston, who has won nine races at the meet. ‘She looks like she could be a turf horse. So we’ll get her going and see.”

Much as Huston would prefer not to have multiple horses in the same race, he said there is just no way to avoid it sometimes.

“There are only so many opportunities for Jersey-breds. You can’t sit around and wait,” he said. “Some owners get a little discouraged when you do that. But like I tell them `if you had another trainer you’d be running against the same horse. You’re running against horses. You’re not running against trainers.’ ”

For the busy day, Huston estimates he will bring in a dozen people to help, with most coming from nearby Overbrook Farm, where he has been the farm manager for the past 45 years,

“I’ll be worn out Sunday night, that’s for sure,” he said. “I just hope the weather holds up. It doesn’t look too good for Sunday right now but I hope it cooperates for us.”