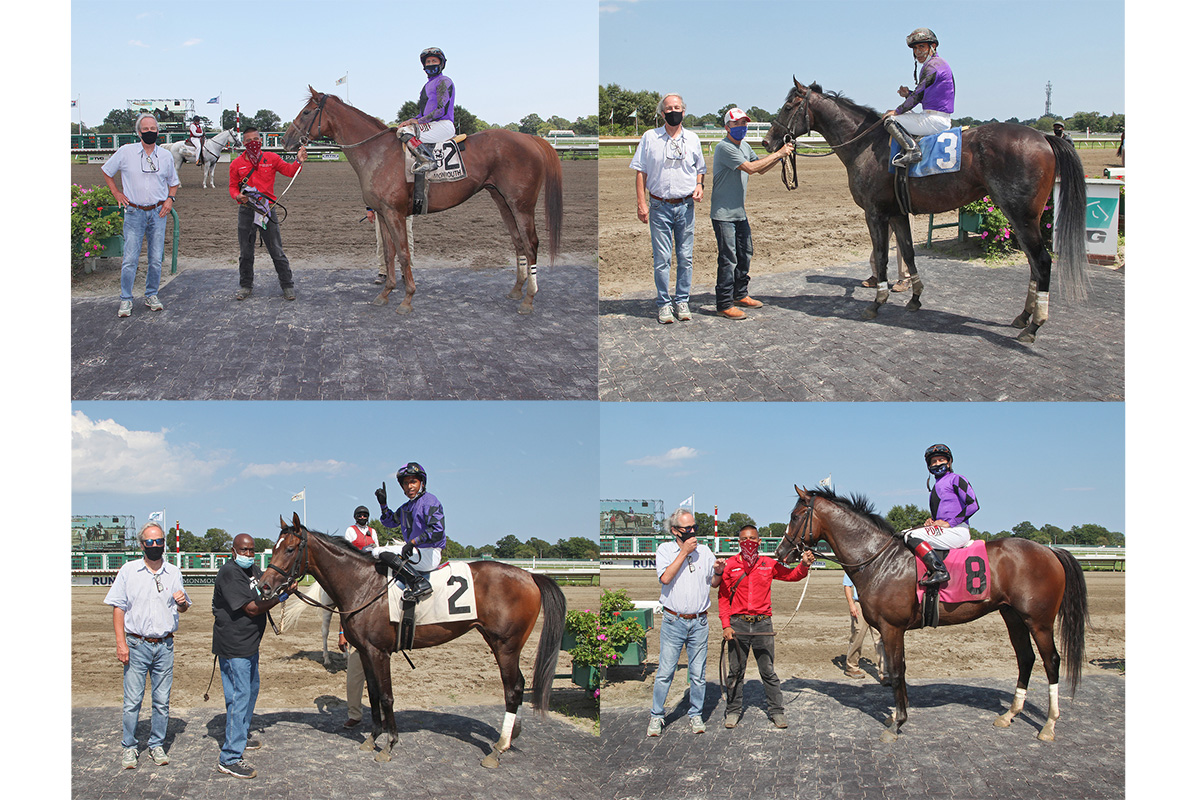 Ben Perkins, Jr. has been training long enough to know that his business is filled with ups and downs. But the veteran conditioner, who has won more than 1,500 career races, hasn’t had many down years like he did in 2019.

Of course, he hasn’t had many up moments quite like the one he is experiencing now.

Perkins saddled four winners for his New Farm owners on Monmouth Park’s Sunday card after having two on Saturday, and has now won with seven of his past nine starters.

“They’re in the right spots,” said Perkins. “It kind of all came together at once. Every winner before Amatteroftime won (Sunday’s second race) was a maiden, too. We have a bunch of maidens. After not winning races last year this is what we were doing – we were getting them ready.”

This is how hot Perkins is: The only race he lost Sunday was to himself, with Evil Monkey finishing third in the race won by Amatteroftime.

“Last year we had some nice young horses and bought some nice ones but it took some time to get them ready,” he said. “This year, not being able to run anywhere else (because of COVID-19), when we came here I knew we would win a fair amount of races. A lot of them were ready to run in April.”

Perkins, Monmouth Park’s leading trainer in 2000, won with two of his three starters on Saturday’s card – both maidens, including 24-1 shot Jesters Honor – and scored with his only starter last Sunday. That adds up to seven winners the past nine starts.

“They’re all bunched up now that we can run them,” he said. “This business is ups and downs. Last year was certainly a down.”

The past week has been a remarkable up – even for someone with more than 8,000 career starters.