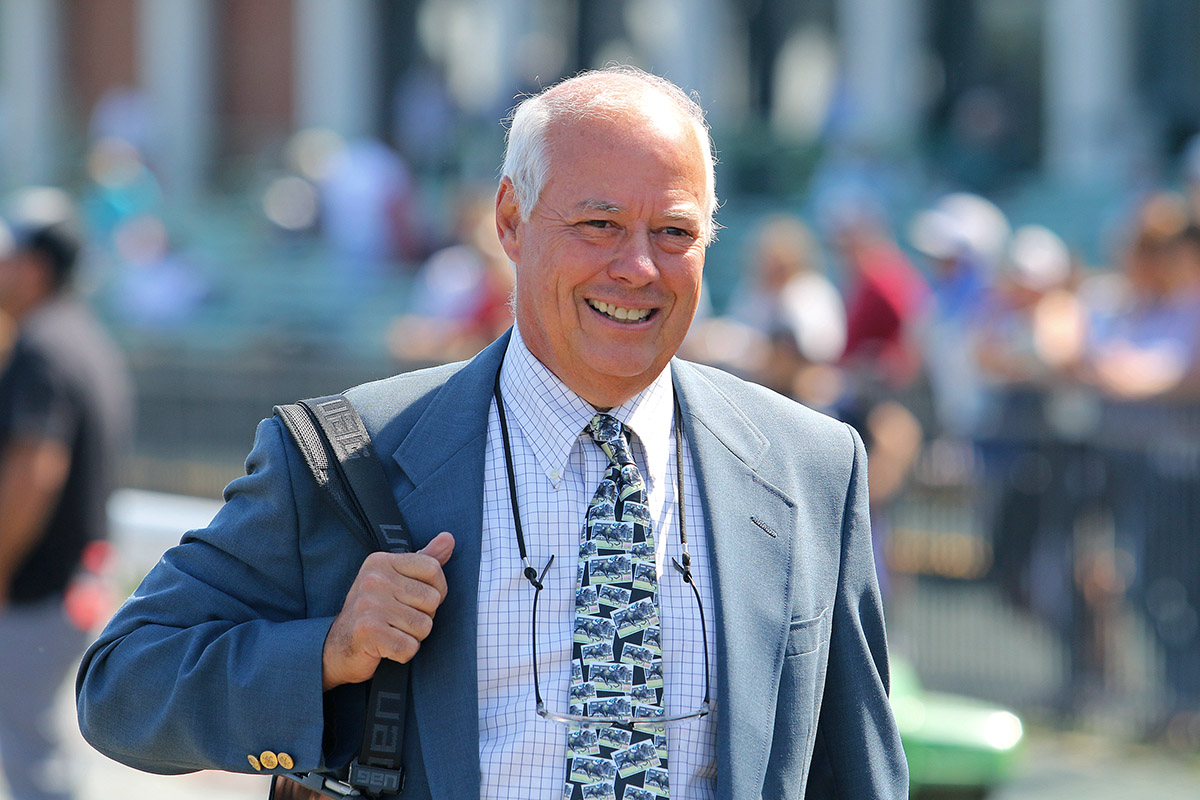 Though trainer Pat McBurney estimates that only “30 percent or so” of his barn consists of Jersey-breds that group of horses will have 100 percent of his attention on Sunday at Monmouth Park.

Of the 10 races scheduled for the 18th New Jersey Thoroughbred Festival on Sunday – with $743,125 up for grabs in purse money for state-bred runners – McBurney has nine horses entered in seven races, including defending champion Golden Brown in the $125,000 Charles Hesse III Handicap.

The all Jersey-bred card also features the $100,000 Eleven North Handicap and the $100,000 New Jersey Breeders’ Handicap.

“I have three or four clients who have Jersey-breds, so this is always a big day for them and the barn,” said McBurney.

Golden Brown, coming off a 2¼-length victory in the Irish War Cry Stakes on July 25 at Monmouth, will be the prohibitive favorite against five rivals (including the McBurney-trained Ashley’s Hope) in the Charles Hesse III Handicap at a mile and a sixteenth on the dirt. The 5-year-old son of Offlee Wild has won eight of 22 career starts, capturing three state-bred stakes races at Monmouth a year ago.

“I think against Jersey-breds going long on the dirt, with Sunny Ridge on the sidelines, he is at the top of the heap,” McBurney said. “His starts have been spaced out a little more than usual but I thought we’d take advantage of more Jersey racing with him this year.”

The start will be Golden Brown’s third of the year after he made his seasonal debut in the John J. Reilly Stakes at six furlongs on July 5, finishing third. Had the Monmouth meet started as originally scheduled on May 2 he would have been ready then, McBurney said. COVID-19 forced Monmouth’s opener to be pushed back to July 3.

“He’s not a great `doing’ horse and he is tough to get along with, so I kept him in New Jersey all year,” said McBurney. “He was up and training in February and was ready for the (original) start of the meet. We ran him in that Jersey-bred sprint but that’s not really his distance. But he was ready to race.”

McBurney, who says he has never started nine horses on a card before, is optimistic he will have a good day.

“To me, looking at the races, I expect Golden Brown to win. I expect Crafty Don and Amazing Cat (both entered in an allowance optional claimer) to turn in the next-best performances,” he said. “Jingo (who goes in the second race) disappointed in his first race back last start but (jockey) Paco Lopez said he kind of got away from him the first quarter mile and ran himself into the ground. So we’re looking for a good race from him.”

“Three wins (on the day) would be fantastic. I’m hoping for at least two.”

McBurney will also send out Powergirl in the first race, Lucky Jaime in the third, first-time starter Wild Czar in the sixth and Holy Guacamole in the 10th.

Overall, McBurney is having another solid Monmouth Park meet, with eight winners from 53 starters entering the weekend.