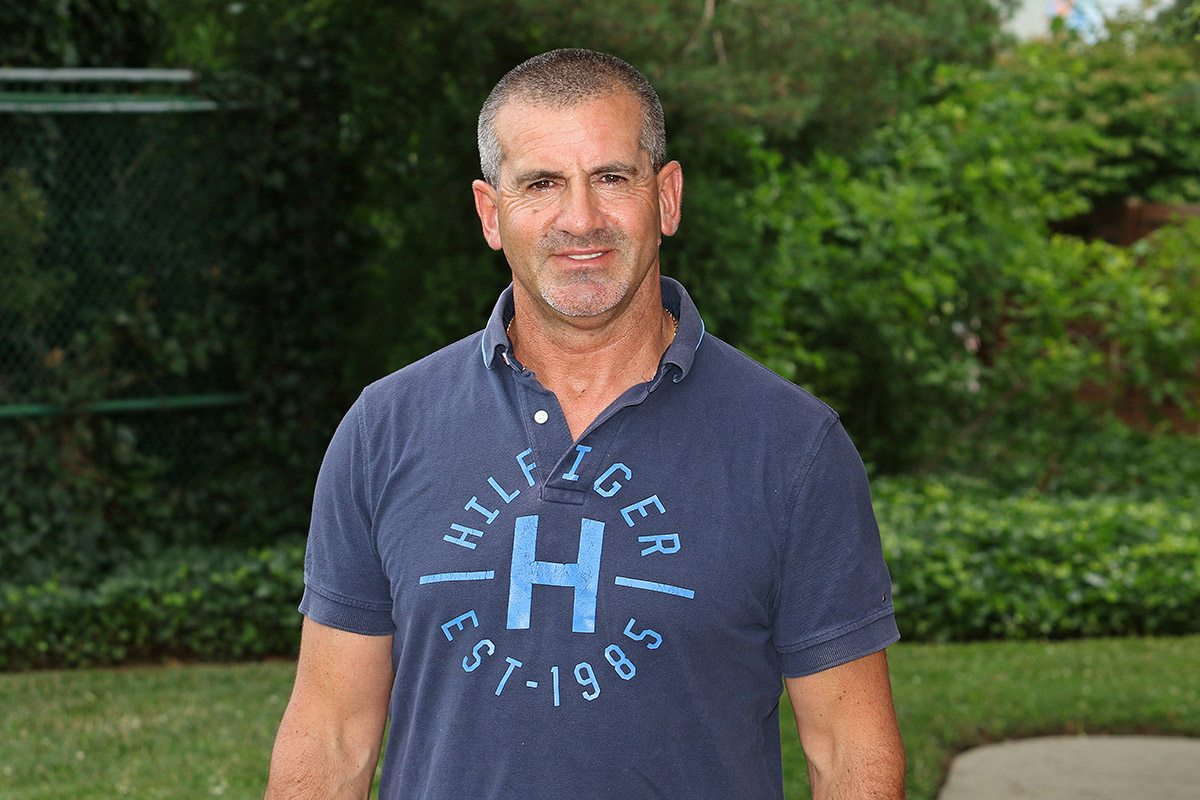 She has never been around two turns, nor has she ever tried any stakes company yet. And she’s the least experienced filly in the nine-horse field with just two career starts.

But Vera remains confident in her chances in the $250,000 mile and a sixteenth feature for one important reason: Talent. Edie Meeny Miny Mo, he says, oozes it.

“It’s a big step up for her but she deserves this chance,” said Vera. “She has shown she has the potential to be a special horse.”

A Maryland-bred daughter of Upstart-Plum by Pure Prize, Edie Meeny Miny Mo was unraced at 2 “because she’s a big filly who needed time to grow and develop,” said Vera.

Her debut on April 23 at Pimlico in a six-furlong maiden race was impressive – a 4¼-length win. But her follow-up in an optional $62,000 claimer at Pimlico on June 13 bordered on dazzling. She won that six-furlong dash by six-lengths despite being steadied as Vera used the race to teach her to come off the pace. That effort earned her a 91 Beyer Speed Figure.

“I know there is a question about the distance since her only two races have been six furlongs and she is trying a mile and a sixteenth now,” said the Maryland-based Vera. “I don’t think it will be a problem. I feel confident she can go that distance. She’s the kind of horse who can go a lot of different distances.

“I’m impressed by what she has done but not surprised by it. She showed she had talent from day one.”

A further endorsement of the filly’s ability: Victor Espinoza is coming in to ride. It is the only mount he has scheduled on the 12-race card.

“I’m very confident in her,” said Vera. “I think she is a real race horse. We’re going to find out more on Saturday. But she has always shown she should be in these kind of races.

“It’s a great race to see where we are with her.”

“The day she breezed there she left quite an impression,” said Vera. “She does everything right. Sometimes she does more than I ask her to do. But that’s her.”

For Vera, who has been training since 2011, Edie Meeny Mino Mo, also represents the chance for an elusive graded stakes victory. He has yet to get one.

“It would mean a lot to me,” he said. “But just to be in this kind of race, any graded race, is awesome. She has shown me the potential to be the best horse I have ever had.”

The 97th edition of the Monmouth Oaks also features a pair of John Servis-trainees in Midnight Obsession and Leader of the Band. They ran second and third, respectively, in the Grade 3 Delaware Oaks in their last start.