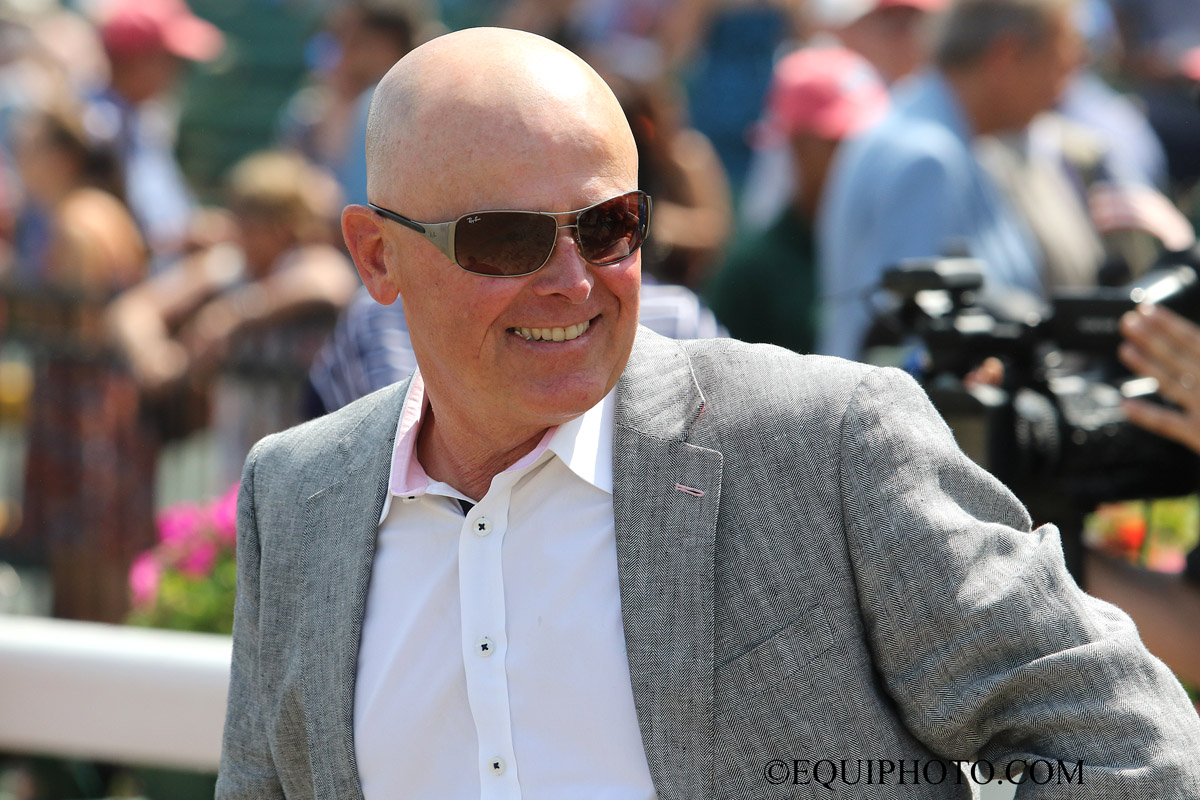 Trainer Michael Stidham has always felt that that it was just a matter of time and experience before Missmizz started living up to her potential. That time appears to be getting closer, with Saturday’s $75,000 Honey Bee Stakes at Monmouth Park the latest test for the 3-year-old filly.

“I think she’s improving as she matures a little bit,” said Stidham. “I always felt she was going to be a little better later in her 3-year-old year and as a 4-year-old.

“I don’t think we’ve seen the best of her yet.”

Stidham hopes the Honey Bee Stakes, at 5½ furlongs on the grass for 3-year-old fillies, will be the breakthrough he has been waiting for with the daughter of Mizzen Mast-Silimiss by Dansili.

But he knows it won’t be an easy task.

The Honey Bee, which headlines a 13-race Saturday card, has drawn a field of 12, including two alternates. It features a Who’s Who of top-flight turf trainers, too. Jason Servis has three horses entered, Mark Casse has one, Graham Motion has one and Todd Pletcher has one.

“I think 5½ furlongs will suit her well, but I thought it came up a pretty tough spot – although she has run well against some pretty nice horses already,” Stidham said. “So I think we’re very live in this spot.”

Missmizz, who has been on the turf for all five career starts, won her first two starts despite getting loose in the post parade in her debut and then ducking in late in her second start. Three straight stakes races followed, with Missmizz finishing second in a stakes race at Woodbine before a fifth-place finish, when she was beaten just 3½ lengths, in the Grade 3 Soaring Softly Stakes at Belmont on May 18.

Jomar Torres has the mount.

“The race at Belmont was a pretty tough spot,” Stidham said. “We felt like the seven-furlong distance may have worked against her a little bit, even though she has won at a mile. In Grade 3 company like that I didn’t think the seven furlongs helped. If anything, it probably worked a little bit against her.”

Stidham, off to a solid start at Monmouth Park with a 3-3-3 line from 13 starters, has not been bashful about taking Missmizz wherever he needs to for a race. In five career races she has already raced at four different racetracks.

Saturday will mark her fourth straight stakes race too.

“Her first couple of starts she was kind of looking at everything around her, and she was a bit quirky about seeing things,” Stidham said. “But she has settled in recently. She’s starting to mature. That’s what we’ve been waiting for with her.”