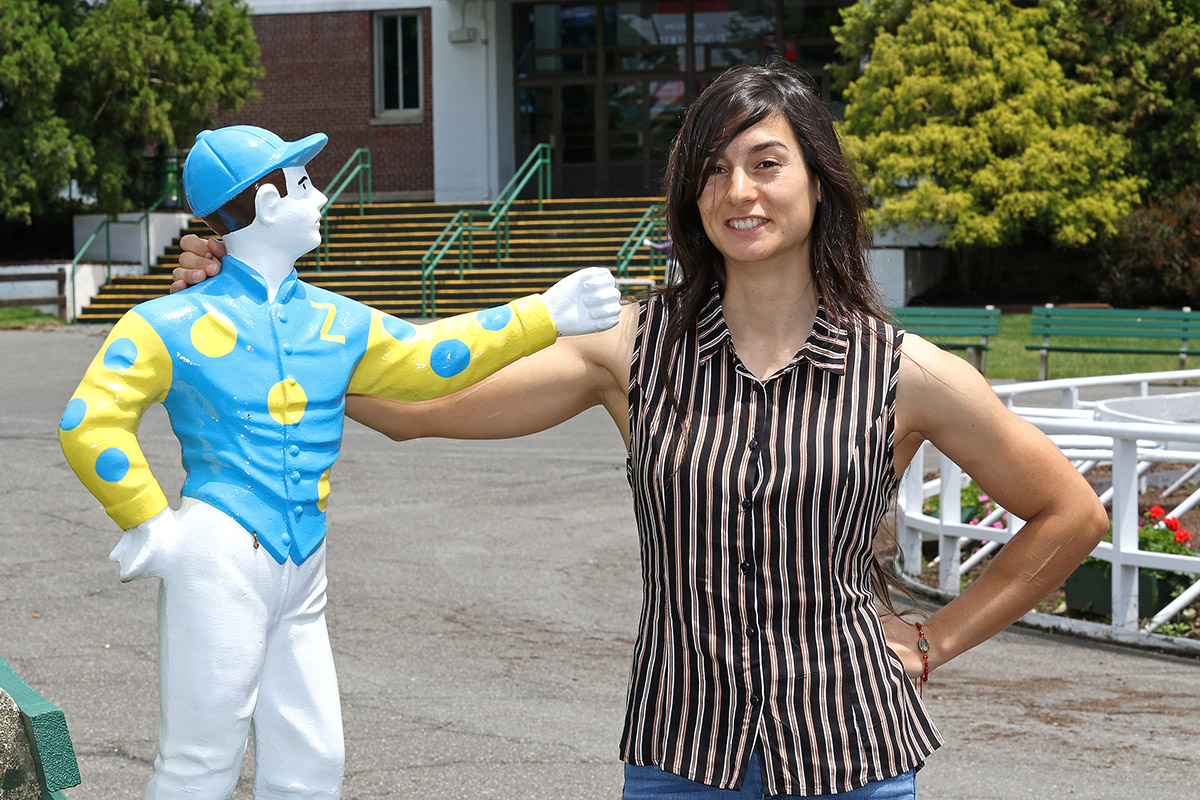 Trainer Luis Carvajal has a simple explanation for giving so many unproven – and often inexperienced – jockeys a chance with his horses.

“When you do good things for people it eventually comes back to you,” he said.

Maria Scaldaferri, a native of Argentina who has yet to win in the United States, is the latest aspiring rider to get an opportunity from Carvajal, getting the mount aboard Malibu Life in Friday night’s fifth race at Monmouth Park.

It will mark the Monmouth Park debut for the 30-year-old native of Pergamino, Argentina.

“I was looking for an exercise rider and (trainer) Rafael Schistl recommended her to me,” Carvajal said. “So I put her on some horses in the morning and she started working for me. She has done a good job. She wants to ride. She was a jockey in Argentina and she wants to ride in the United States.

“She works hard. She looks good on a horse. The most important thing to me is that she has that edge, that inner drive, to succeed. I’m giving her a chance and we’ll see how she does.”

Carvajal has a history of rewarding hard work for jockeys needing a break.

On the June 4 program at Monmouth Park gave apprentice Derbe Glass a leg up on Free Flayme.

“I like to help people who like to work,” said Carvajal, who has 16 winners overall from 96 starters this year after posting a career-best 24 victories a year ago. “If I see them motivated and working hard I feel like they deserve a chance.

“I always try to put myself in their shoes, thinking that if I worked hard enough someone would give me a chance. So I do what I can to help. It’s not like I am putting them on (retired multiple Grade 1 winner) Imperial Hint. But they deserve a shot.”

Scaldaferri, who also rode in Brazil and Peru from 2011 through 2018, is 0-for-21 in the United States, having ridden just once last year.

“Of course I’m excited,” she said. “This is my first time riding at Monmouth Park and everyone has been very helpful. I am chasing the American dream. I know in this country that if you work hard enough people will give you a chance, whether you are a woman or a man.”

Scaldaferri is also working horses for Hall of Famer Jerry Hollendorfer in the mornings.

“As long as I keep working hard I think people will give me a chance,” said, Scaldaferri, who does not have an agent. “I just want to be a jockey and win races.”