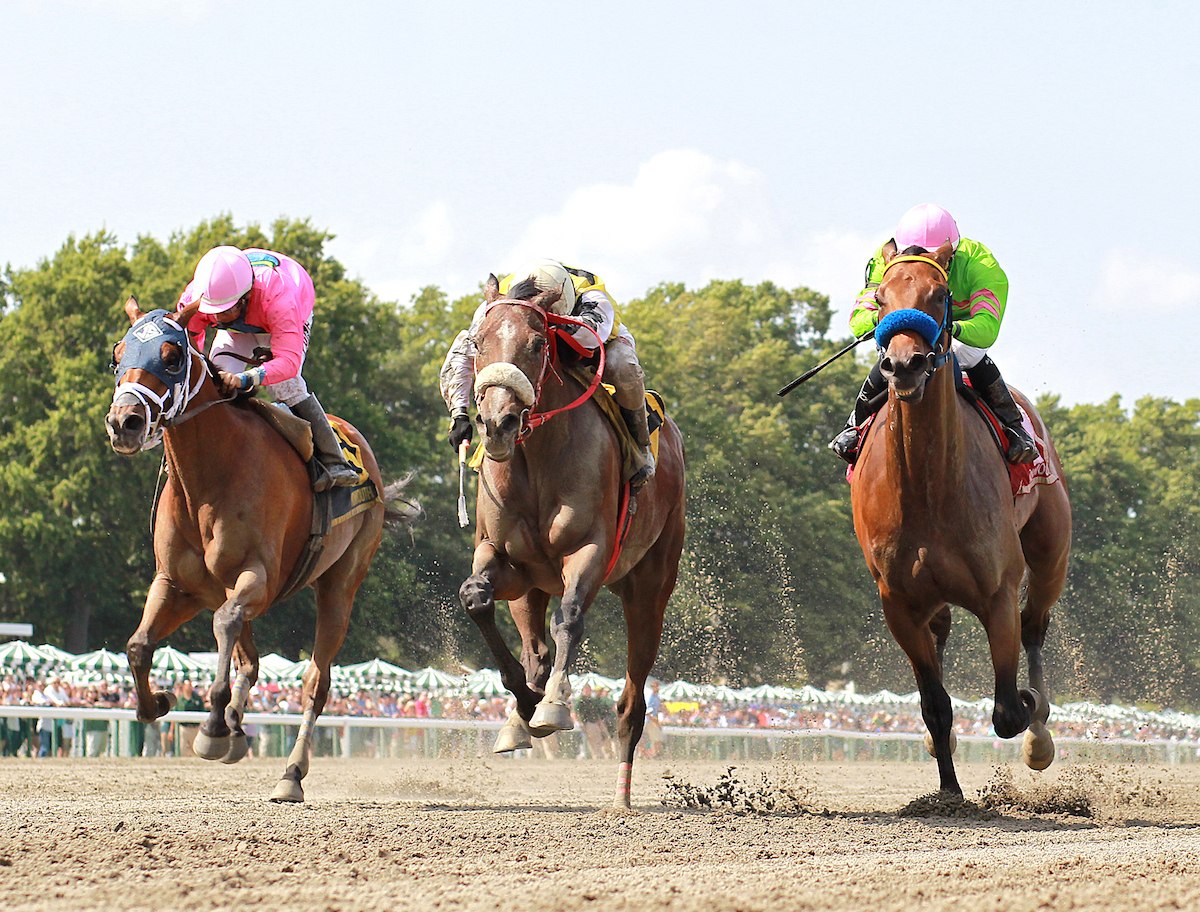 Well before Dugout broke his maiden in his racing debut as a 2-year-old, romping by 7¼ lengths in the slop at Saratoga last summer, trainer Larry Rivelli already had an inkling that his homebred had the makings of a top-flight sprinter.

“I had the whole family, so I knew he had a chance to be a good one,” he said. “If you look at the mother (Rooney Doodle) she has thrown nothing but runners, and one of them (Jean Elizabeth) was a multiple stakes winner. She’s had six foals and all of them have won.”

Dugout is the latest, with the New York-bred bringing his 4-for-5 career record to Monmouth Park on Sunday for the 24th running of the Decathlon Stakes, the co-feature on a 13-race card.

Rivelli, headed for a sixth straight training title at Arlington Park, has entered three in the $75,000 Decathlon Stakes, with Dugout the one that is likely to go, he said.

The race is for 3-year-olds going 5½ furlongs on the dirt, with the multiple stakes-winning Dugout likely to face a challenge from the Jorge Navarro-trained First Deal.

First Deal is coming off a 3½-length victory in the Jersey Shore Stakes on Aug. 11 and sports a nifty 5-2-1 line from his eight career starts.

But Dugout will take some catching, having used his speed to win New York-bred stakes races at Saratoga and Finger Lakes. The son of Adios Charlie-Rooney Doodle by Lit de Justice marked his return to racing as a 3-year-old with a 7¼-length romp in an optional $75,000 claimer at Arlington Park on Aug. 17.

“At this point of the year I have horses for a lot of different spots and sometimes those races don’t go,” said the Chicago-based Rivelli, who has only had two previous starters at Monmouth Park this year. “I can only run so many in a race. If a similar race goes here at Arlington I still have two or three I can look at to go in the race.

Dugout, owned by Rivelli, Richard Ravin and Patricias Hope LLC, has banked $291,095 during his five-race career. His lone off-the-board finish came in the Sleepy Hollow Stakes at Belmont Park, when the colt broke awkwardly and suffered a minor injury as a result of the misstep, according to Rivelli.

“He’s doing good now. We gave him all the time he needed,” he said. “We’re a little bit behind schedule with him, but his first race back was a good one and he came out of it great. So this was a good next spot for him.”

First race post time is now 1:15 p.m., with admission and parking free for the remainder of the meet.