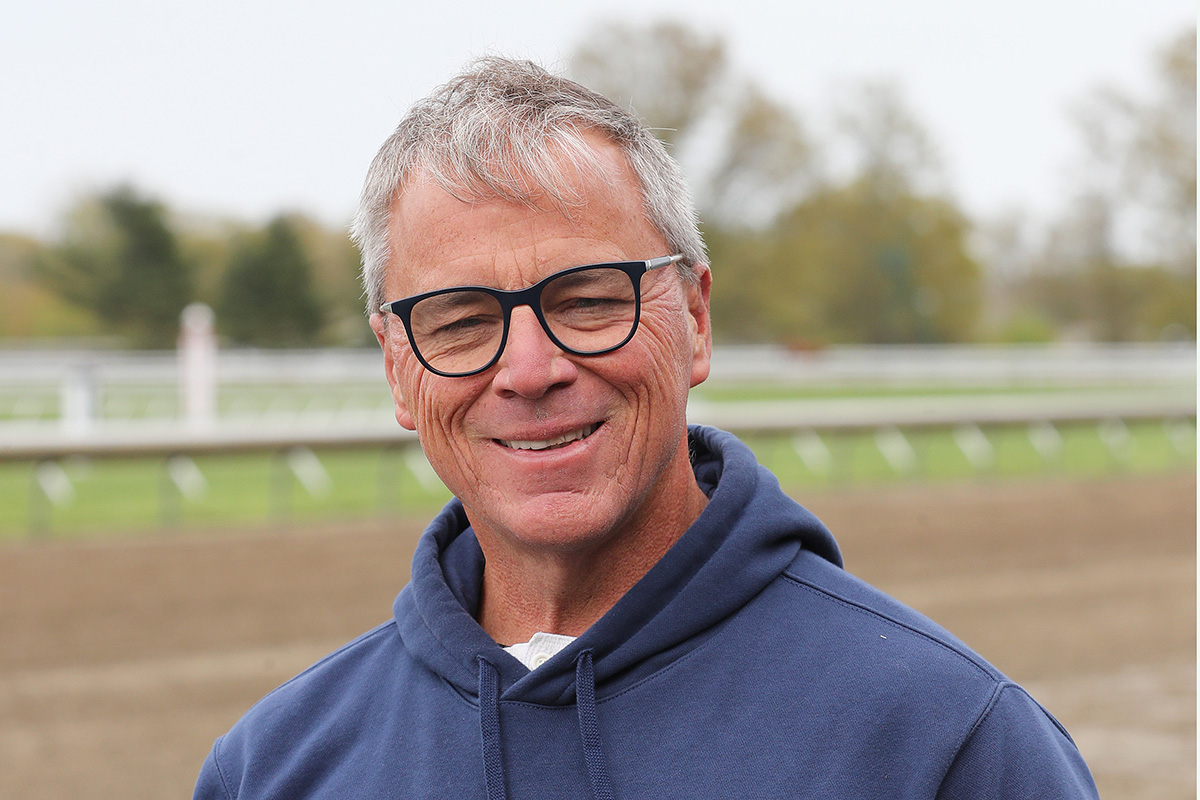 With the immediate success that trainer Juan Avila has had already at Monmouth Park, matching his win total from last year after just two weekends of racing, the 58-year-old apparently wanted to make things a little more challenging.

That’s precisely what he will this weekend with horses in three different stakes races – two at Monmouth Park and one on tomorrow’s Preakness Stakes undercard with a Monmouth Park shipper.

Avila will send out the speedy Creative Girl in Saturday’s $100,000 Politely Stakes, a five-furlong turf sprint for fillies and mares, 3 and up, that tops Monmouth’s 10-race card tomorrow. It marks the first time the 3-year-old daughter of Outwork will go against older horses.

He will then give Breakthrough, a $330,000 yearling purchase, one more try in stakes company in Sunday’s $100,000 Get Serious Stakes, with that five-furlong turf sprint for 3-year-olds and up serving as Monmouth Park’s headliner on that nine-race program.

In between, Avila will saddle Little Vic in Saturday’s $200,000 Grade 3 Chick Lang at Pimlico. Little Vic, owned by former baseball all-star Victor Martinez, comes off a 5½-length romp at Monmouth Park on May 8.

For the Venezuelan-born Avila, who started training full-time in the United States in 2018, being based at Monmouth Park for the entire summer for the first time is a decision that is already paying dividends. He shuttled between Monmouth Park and Gulfstream a year ago at this time.

“Everything is better for me this year,” said Avila. “I feel more comfortable at Monmouth Park this year. Last year was my first year there and I was only here part of the time. My assistant did a lot of the work there. I am there full-time this year with 32 horses. I have a place to live there so I will be there all of the time. It’s better for the horses and for me.”

The numbers bear that out. After going 2-for-35 at Monmouth Park last year, Avila has two wins and a second from six starters at Monmouth Park already this year. Little Vic, one of those winners, is one of 10 horses he has with Martinez, with the two combining to win the 2020 Tampa Bay Derby with 49-1 shot King Guillermo.

Creative Girl, though lightly raced, looms as a threat in the Politely because of her speed. She comes in off a neck victory in a $75,000 optional claimer at Gulfstream Park on April 21 and is 2-for-3 sprinting on the grass. Her one turf loss was by 1½ lengths in the Melody of Color Stakes at Gulfstream.

“She’s a 3-year-old going against older horses. That’s very difficult,” said Avila, who got his start at La Rinconada Hippodrome in his hometown of Caracas. “But this is a very nice filly. She is a very fast filly and she loves the turf. I have taken my time with her (with four career starts). But she deserves another chance in a stakes race. She is coming off the best race of her career.”

Breakthrough, meanwhile, is getting what may be one last chance in stakes company, with the 4-year-old gelded son of Nyquist faltering badly in his two previous tries. He is just 2-for-14 in his career.

“It’s a very difficult race for him,” said Avila, who is coming off a career-best 52 victories in 2021. “If we try him here maybe it sets him up for his next race in softer company. The owners (R T Racing Stable) want to try him in another stakes race.