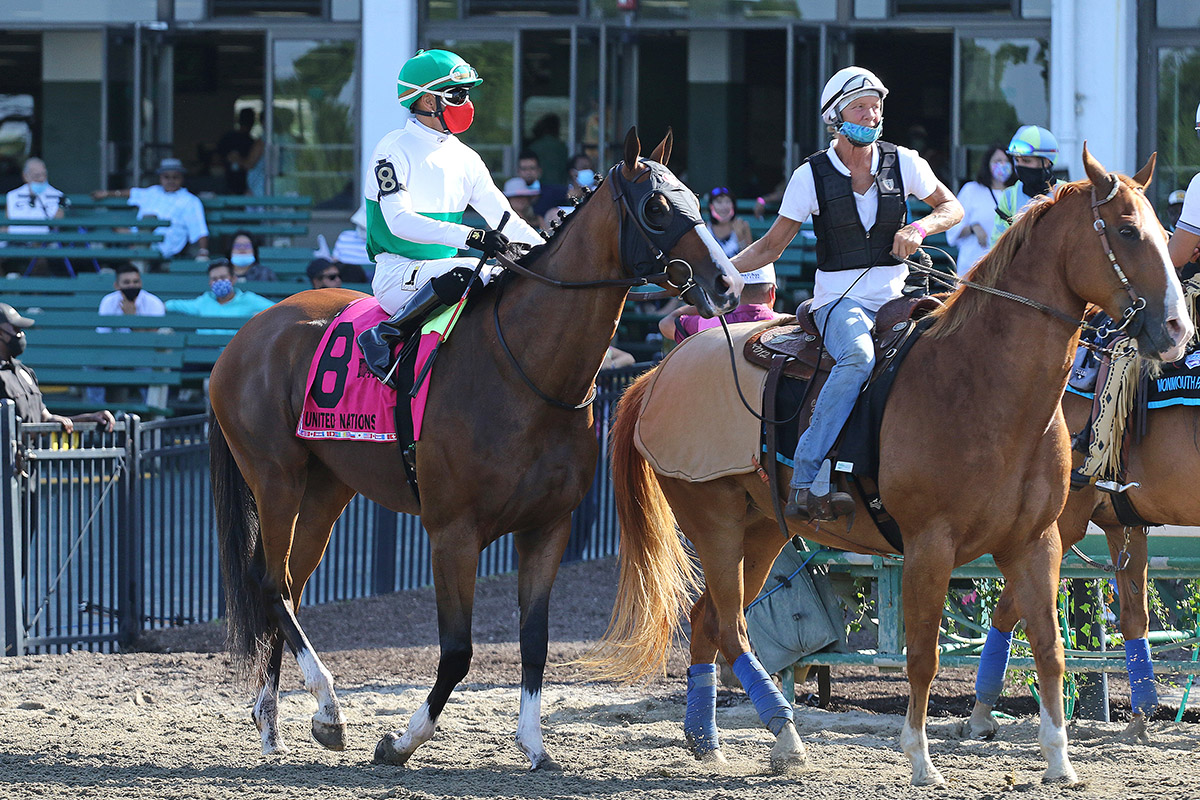 Five starts after getting Corelli, trainer Jonathan Thomas believes he has finally found the key to success for the 6-year-old gelding. At least he hopes he has.

A winner in his 2021 comeback race on April 24 at Pimlico Race Course, Corelli will step up to graded stakes company again when the grass specialist goes in the Grade 3 Monmouth Stakes, the headliner on Saturday’s 12-race card at Monmouth Park.

“We’re really pleased with his comeback race,” said Thomas. “We think we’ve figured him out. We were probably running him too long last year.

“We’ve tried to kind of re-invent him and encourage him to show a little more turn of foot while also relaxing early on in races.”

“I thought he ran well in the United Nations,” said Thomas. “He looked like he was running a winning race and then at the eighth pole he was kind of coming up for air a little bit.

“That’s not to say we won’t run him back in the United Nations at that distance but I get the feeling he is best suited for a mile and an eighth.”

Cut back to a mile and a sixteenth for his first start this year, Corelli rallied to win by a nose in the $100,000 Henry Clark over a firm turf course.

Thomas also found out something else about the Augustin Stable-owned Corelli from the Sword Dancer: He wants nothing to do with a soft turf course. In his last start in England over a soft grass course Corelli finished 15th. In the Sword Dancer he was fifth in the seven-horse field, beaten 18 lengths.

“The turf was very soft for the Sword Dancer that day,” said Thomas. “We learned with this horse that he is not a soft turf horse. He’s a big horse. He does not like the soft ground.”

It’s something Thomas will keep in mind for today and tomorrow, since rain is in the forecast for both days, though Saturday’s is expected to be sunny with temperatures in the 80s.

“We’re keeping he weather in the front of our minds,” Thomas said. “We’ll have a much better idea on Friday as to what we’re doing.”

The field of 10 for the Monmouth Stakes features three horses trained by Chad Brown (Devamani, Serve the King and Tribhuvan) as well as the Todd Pletcher-trainer Winters Back.