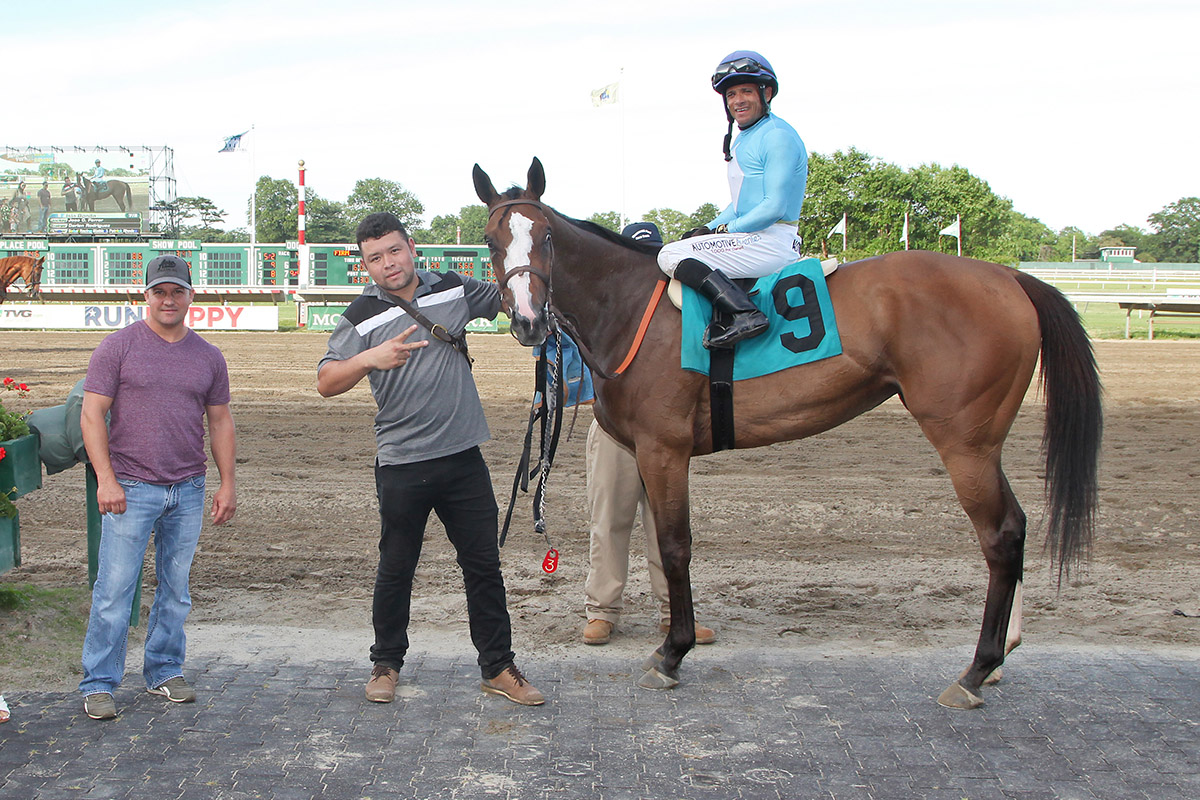 EAST RUTHERFORD, N.J. – After spending his first full summer at Monmouth Park this year and then extending his stay through the current Monmouth-at-Meadowlands before he heads to Tampa Downs for the winter, trainer Darien Rodriguez is already looking forward to returning to New Jersey.

When he does come back the 41-year-old native of Cuba says he will be better prepared.

“I liked the whole experience. I just brought a little bit of the wrong horses with me,” said Rodriguez. “I learned my lesson. Next year I will come North with more older horses and claimers and not as many 2-year-olds. The 2-year-olds I had were at zero when I got them so it took a long time to get them going. Now I have a better idea of what fits here.”

Rodriguez, in the midst of his second-best season since he started training in 2010, will look to extend his success in the state on Friday with Wicked Groove when the all-turf racing resumes at the East Rutherford facility.

A recent claim, Wicked Groove finished second in an off-the-turf $25,000 claimer in her last start at Monmouth on Sept. 21. She will take on a full field of nine rivals, with four alternates waiting, in the mile and a sixteenth $25,000 claimer.

“He’s back on grass now, which is where he is at his best,” said Rodriguez, who owns many of his horses.

Rodriguez, who finished the Monmouth Park meet with a 6-6-3 line from 31 starters, tried spending half the year at Presque Isle, Delaware and even Gulfstream Park before giving Monmouth Park a try. His overall win total (30 from 113 starters) and earnings ($534,801) this year are both the second-highest of his career.

“I wish I could have started more at Monmouth Park,” said Rodriguez. “I really enjoyed being there. I feel I did good with what I had, so when I come back next year I will have more horses that fit there.”

Friday’s fifth day of the seven-day Monmouth-at-Meadowlands meet has attracted 70 entries for the six grass races.