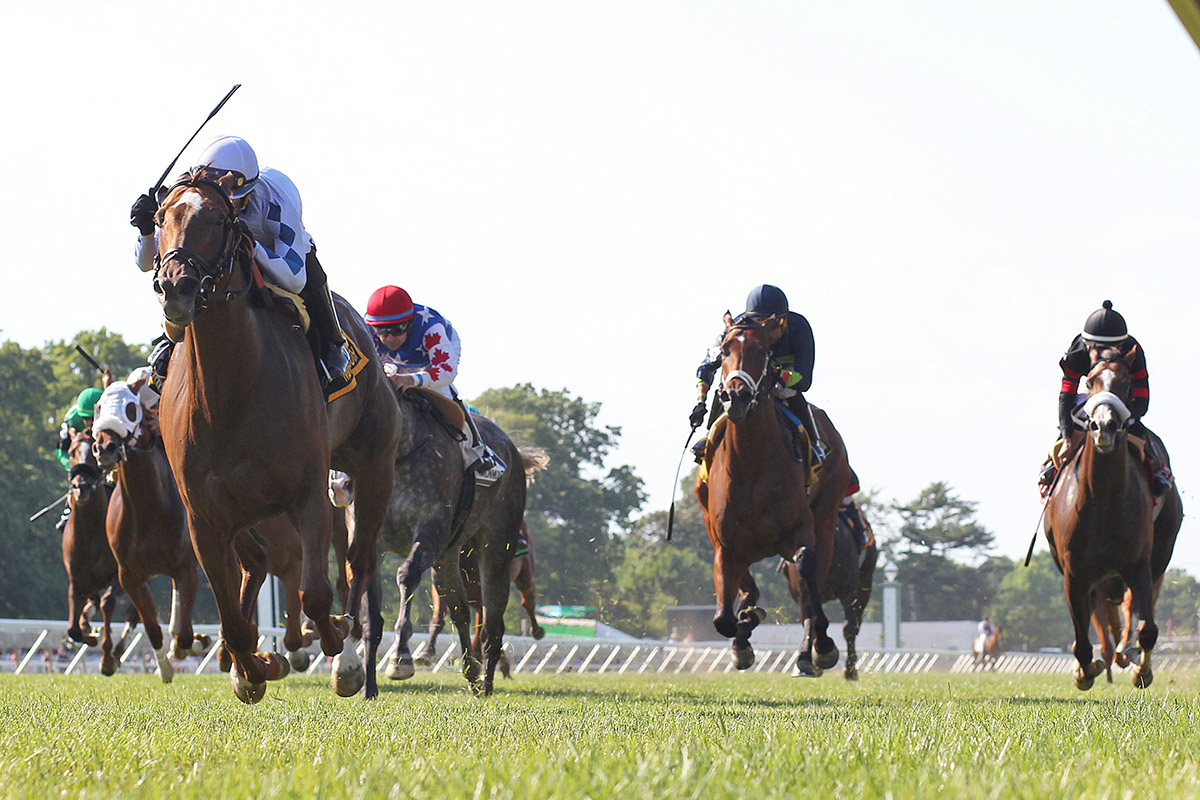 Trainer Carlos David wasn’t sure what to expect when he made the decision to geld the underperforming Hot Blooded this winter, but after an 0-for-10 campaign in 2021 he knew he had to do something.

What he wound up getting, much to his delight, is a stakes winner who enters Sunday’s $100,000 Oceanport Stakes at Monmouth Park on a two-race winning streak and with in-the-money finishes in all four starts this year.

“Last year we tried to get some black type for him as a 3-year-old,” said David. “We shipped him everywhere – Belmont, Colonial, Monmouth Park, Tampa, Gulfstream and even Keeneland, though he didn’t run there. After he ran in January (a third-place finish in an optional $62,000 claimer at Gulfstream), I decided to give him time off and give him a break and we also gelded him.”

The difference has been a stark contrast for the 4-year-old Florida-bred son of Declaration of War, who is owned by Palm Beach racing.

He returned following a 64-day layoff to finish third in the Mr. Steele Stakes at Gulfstream, then ended his 13-race losing streak with a win in the Soldier’s Dancer Stakes for Florida-breds on June 12 at Gulfstream. He followed that by winning a $50,000 optional claimer at a mile and a sixteenth at Colonia Downs on July 18.

“He’s as good as he has ever been right now,” said David. “This race will let us know if he has what it takes to move forward and maybe go to Keeneland and then the championship meet at Gulfstream that starts in December.

“We’re trying to go little by little up the ladder and win races with him. I always liked him and I always thought he was very capable. This race will be a good test for him.”

A field of seven has entered, including the Grade 1-winning Two Emmys.

David, who keeps a string of 12 horses at Monmouth Park in addition to his division at Gulfstream Park, is looking to break through at the meet as well. Despite a 5-3-2 line from his 14 Monmouth Park starters this year, he is 0-for-3 in stakes races at the meet.

“Maybe the fourth time is a charm,” he said. “We’re very happy with what we have done at Monmouth Park this year. Any time you are in a stakes race it’s a little more challenging. I don’t see it as a negative. For the number of horses we have at Monmouth Park we’re doing very well.”