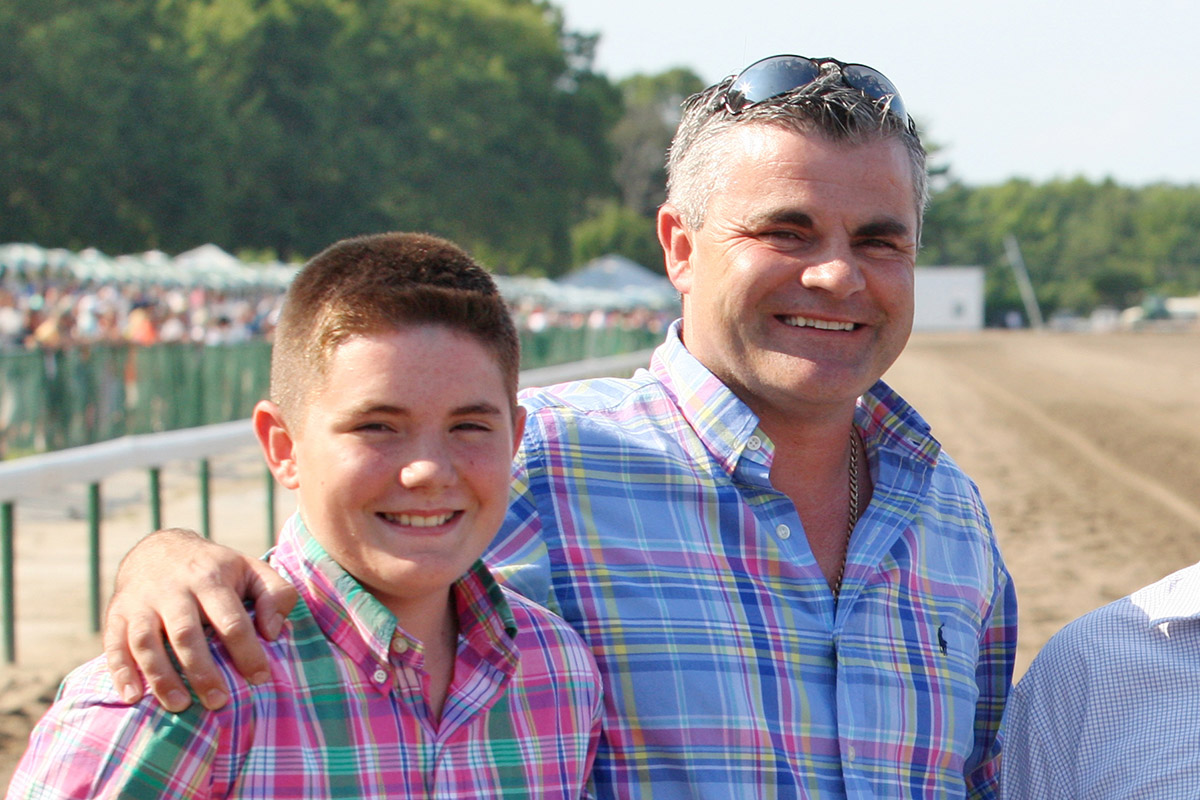 Though he has the only filly in the field of 10 for Saturday’s Blue Sparkler Stakes who has raced over Monmouth Park’s grass course, trainer Cal Lynch doesn’t believe it gives him a significant advantage in the 5½-furlong dash.

It is, however, reassuring for the veteran conditioner to be able to eliminate that variable from his pre-race concerns.

“I just know she likes it,” he said. “It’s one less thing to worry about.”

Miss J McKay, ultra-consistent throughout her six-race career, will look to add another stakes victory to her credentials against a competitive group of fellow 3-year-olds in the 27th edition of the Blue Sparkler, which headlines a 12-race Saturday program.

Fresh off a maiden victory a year ago, Miss J McKay impressed by winning the Colleen Stakes at Monmouth Park at five furlongs on the grass by three lengths. But she was disqualified and placed third after she “drifted in, bumping rivals at the eighth pole,” according to the official chart.

Lynch was disappointed but “not surprised” at being taken down that day.

“The stewards didn’t have much choice,” he said. “She had done something similar in her maiden race. It was just one of those things. It was a matter of being a little green more than anything else. It was just her second start.”

The Maryland-bred daughter of Hangover Kid-Ballykiss by Street Boss has otherwise been a model of consistency, showing a 2-2-2 line from six career starts – five of those coming in stakes company.

“She really hasn’t run a bad race,” said the Maryland-based Lynch. “She’s a genuine filly. She tries every time. It makes my life a lot easier.”

Owned by Maxis Stable, Madaket Stables and Wonder Stables, Miss J McKay made her 3-year-old debut on June 21 at Belmont Park, finishing third in the Lady Shipman Stakes. Lynch hopes that race sets her up for a bigger effort on Saturday.

“We were trying to get a race in Maryland before that New York race but it didn’t go,” he said. “That probably put us a race short for the Belmont race. She was a little bit ring rusty coming off a 6½ -month layoff.

“But she is doing well and she came out of that race well.”

The Blue Sparkler, which has drawn entrants from trainers Jane Cibelli, George Weaver, Mark Casse and Michael Stidham as well, was the next logical spot for Miss J McKay, according to Lynch. She will be bedded down in Tim Hills’ barn after she ships in.

“We know she likes Monmouth,” said Lynch, who spent the first 10 years of his career based at Monmouth Park. “She has trained well and she shipped there last year and ran very well. Jorge Vargas (who rode her in the Colleen) is there, too. I figured we’d take a shot. It’s a very competitive race with some nice fillies. But she is doing very well. We felt like we should take our chances.”