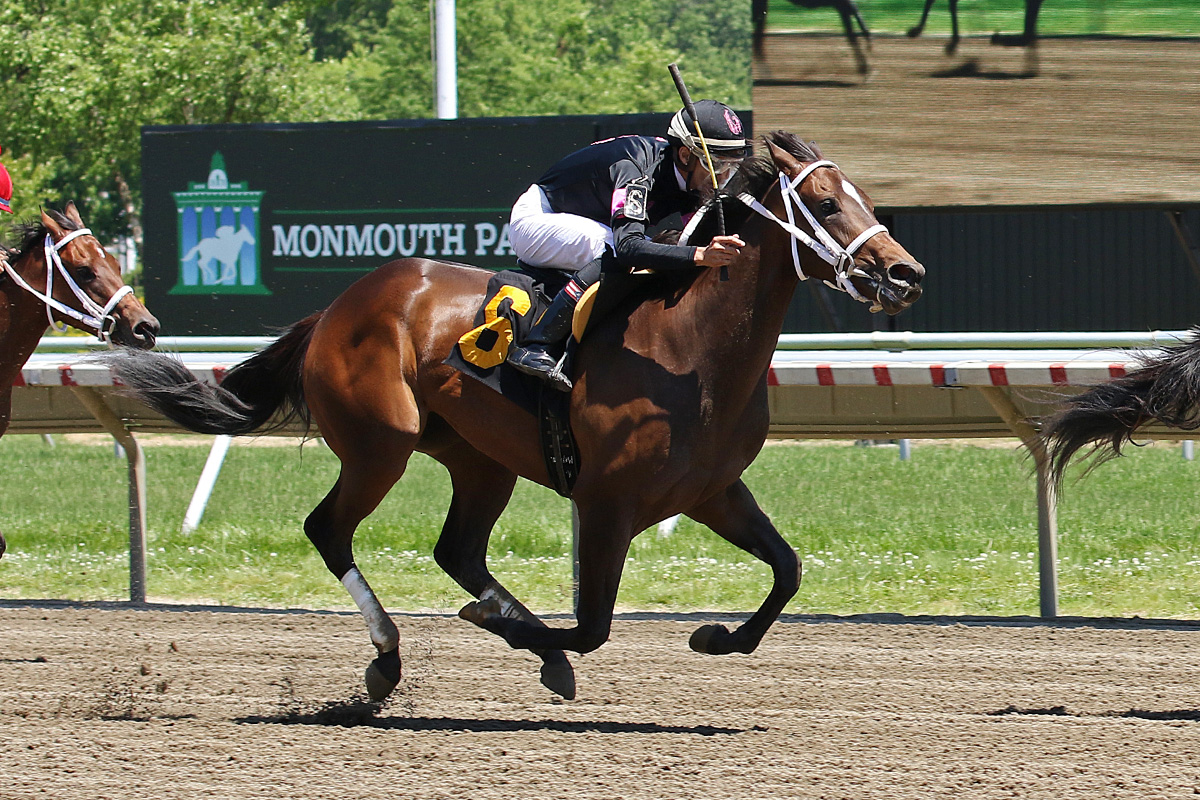 With Monmouth Park featuring a Ladies’ Day promotion for Saturday, it’s only fitting that trainer Butch Reid has a couple of promising fillies going on the 11-race card.

Girl Trouble, beaten just three-quarters of a length in her racing debut on June 4 at Monmouth Park, is the 6-5 morning line favorite in a 2-year-old Maiden Special Weight sprint that goes as the third race.

Later on the card, in the featured $100,000 Blue Sparkler at 5½ furlongs for 3-year-old fillies on the turf, Disco Ebo will make her grass debut in her first race back since a freak training accident that sidelined her for more than four months.

A daughter of Weigelia, Disco Ebo earned $210,000 as a 2-year-old, with three wins and two seconds from six starts. She has been idle since the Society Hill Stakes at Park on March 8.

“She’s finally back from her injuries. She got loose one day on us (while training at Parx) and cut herself pretty severely,” Reid said of Disco Ebo. “She threw the rider off and got the bridle stuck on her hind foot and was spinning around in circles and hit the pavement hard. It happened right in front of me so I had to stand there and watch it.”

Reid said Disco Ebo has recovered fully and has put back all of the weight she lost following the mishap.

“It just a while for her to heal up,” he said. “She looks great and she’s acting like herself again.”

Reid chose the Blue Sparkler in part because he said “I like the idea of easing her back with a turf race,” but also because of her family history.

“We had her full sister and five or six of her yearlings and several have won on grass,” he said. “A lot of them are grass sprinters. Her father was a grass sprinter as well.”

Girl Trouble, a Jersey-bred daughter of Fast Anna, will be trying open company again after her solid debut.

Reid said he is trying open company again because of the conditions of the race: for fillies who were sold for $45,000 or less at their most recent sale. Owners Swilcan Stable and LC Racing paid $15,000 for her.

“We wanted to wait for a Jersey-bred race but this race came up and she was eligible for it,” he said. “She has been very precocious all along. We have a couple of expensive 2-year-old fillies in the barn and she has been keeping company with them.”

Monmouth Park’s Ladies Day promotion on Saturday, which is sponsored by J. McLaughlin, features a J. McLaughlin Pop-up Shop from 11 a.m. to 4 p.m.; a fashion show at 1:30 at the Lady’s Secret Café; a hat parade and a fundraiser for the American Cancer Society.