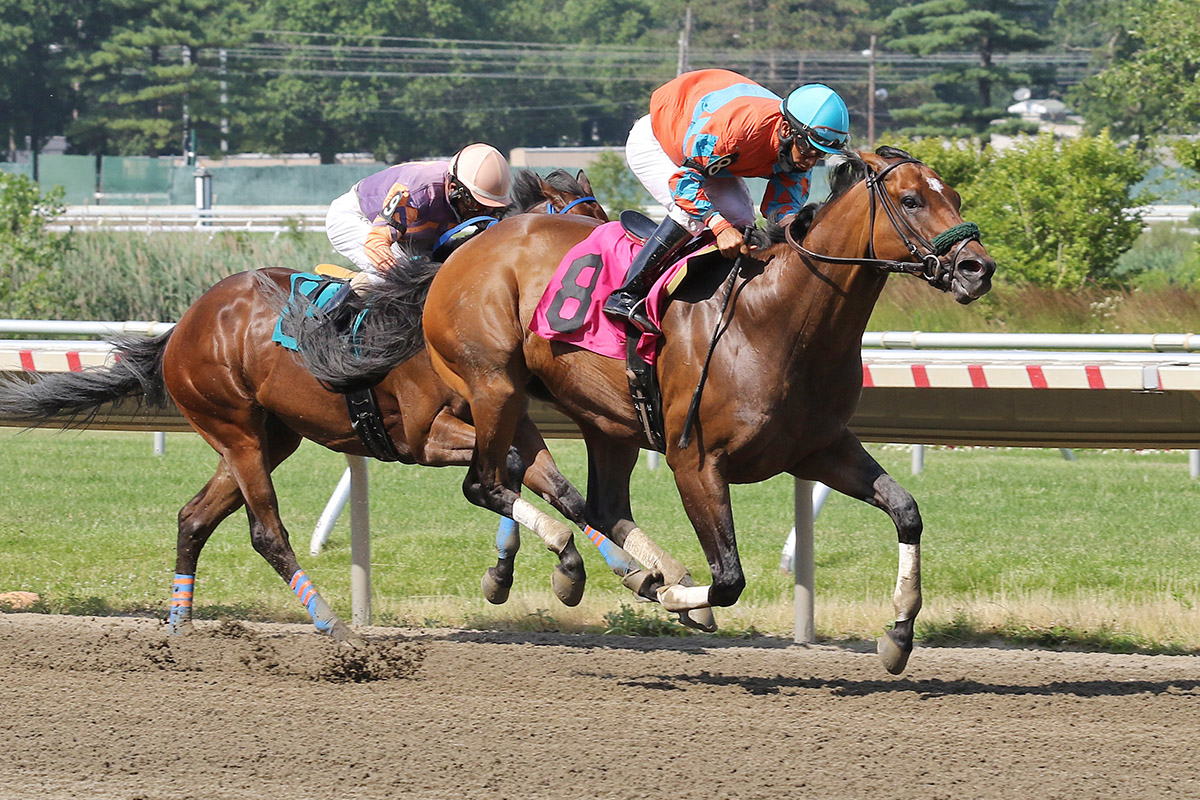 Antonio Arriaga knows exactly what he’s up against in Saturday’s $150,00 Grade 3 Red Bank Stakes, a one-mile turf race that will serve as the feature on Monmouth Park’s 13-race card.

There are probably easier spots for a trainer seeking the first graded stakes win of his career.

As if that wasn’t daunting enough, the horse that Arriaga will saddle, Share the Ride, was claimed two starts back for $16,000, has never gone two turns in his 14-race career and is trying the turf for just the second time. The first time was the 5-year-old gelding’s last start, when he was fourth in the Get Serious Stakes at Monmouth Park going 5½ furlongs on Aug. 23.

“It’s a big jump but we want see him going long,” said Arriaga, who is based in New York but keeps three horses at Monmouth Park. “It doesn’t hurt to try. He seems to be doing well. He’s not a mediocre horse.

“He’s a horse who has had a lot of success and he is well bred.”

A Kentucky-bred son of Candy Ride, Share the Ride shows a 5-2-3 line from 14 career starts with $184,860 in earnings. But all of those races have been in sprints. And only the last one was on the turf.

“I looked at his breeding and I thought `we should try him on the turf and see what happens,’ ” said Arriaga. “I’m not sure why he wasn’t tried on the turf before this. I asked myself that question. We tried him at 5½ furlongs and he was a little short. But it was a good race for him. He needs more distance, I think.

“I really want to see him going longer. It’s hard to beat these horses but in his last race I think he just ran out of ground. He’s training good, so we’ll see.”

Arriaga, who has been training since 2011, said just the thought of having a horse in a graded stakes race is “unbelievable.” His stable consists mostly of claimers and allowance horses with a few stakes-caliber runners.

“I haven’t won a graded stakes yet,” he said. “It would mean a lot. I can’t believe I even have this horse in a graded stakes race. I didn’t have him in my barn a couple of months ago. Now I am trying to beat Chad Brown, Graham Motion and Kelly Breen with him. It’s very satisfying just being in this position.”

Brown will send out Analyze It, a multiple graded stakes winner with two near-misses in Grade 1 stakes, but the career winner of $759,400 has not raced since the 2018 Breeders’ Cup Mile. He finished third in that race, beaten just three-quarters of a length.

Motion’s Irish Strait knows the Monmouth Course well, with the Jersey-bred finishing third in his seasonal debut in the Oceanport Stakes on Aug. 9.

Breen, Monmouth Park’s leading trainer, will saddle Financial System, who was claimed for $40,000 from Brown’s barn in his last start.

A field of seven is set for the 47th edition of the Red Bank Stakes. Isaac Castillo has the mount aboard Share the Ride.