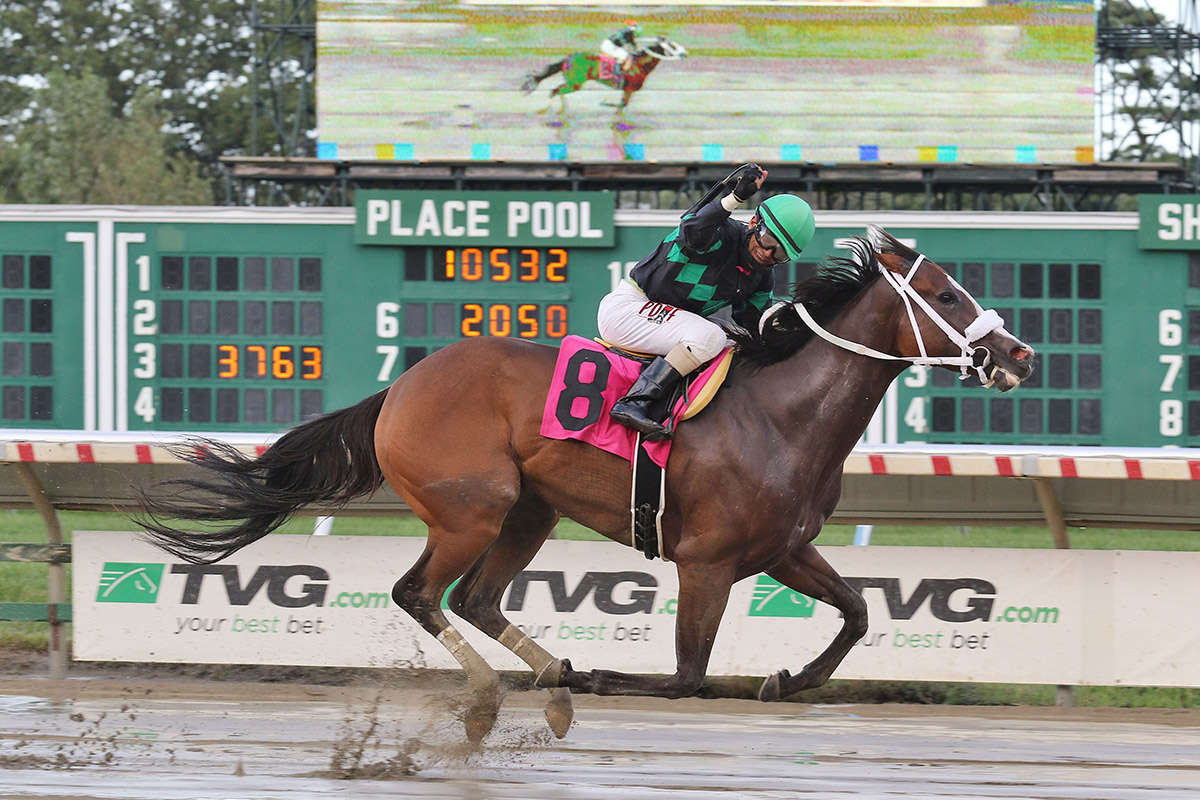 With little time to savor his third Monmouth Park training title, Kelly Breen will look to pick up where he left off when the nine-day Meadowlands-at-Monmouth Park meet gets underway with an 11-race card on Saturday, Oct. 3.

Breen, who finished the Monmouth Park meet with a flourish by capturing both stakes races on closing day last Sunday, will send out the filly Tracy Ann’s Legacy against the boys in the featured Virgil “Buddy” Raines Stakes.

The $75,000 headliner, one of nine stakes races that will be contested over the duration of the Meadowlands-at-Monmouth Park meet, is scheduled for 5½ furlongs on the grass.

“She was entered (today) in the Very One Stakes at Pimlico, but with the protocols of having to be in a couple of days in advance and with the help not being able to come back to Monmouth Park immediately it made it tough for us to run at Pimlico,” Breen said of Tracy Ann’s Legacy, who was claimed three starts ago for $22,000. “She’s ready to run and this race is here so we’ll try her against the boys.”

Breen, who had 32 winners over the 36-day Monmouth Park meet to earn his first training title since 2006, has four horses entered the first day of the new meet. The Meadowlands-at-Monmouth meet will continue with live racing on Sunday, Oct. 4, before switching to a Wednesday and Saturday schedule through Oct. 24. There will also be a live holiday program on Monday, Oct. 12.

The nine stakes races during the meet will be worth $900,000, highlighted by the Grade 3 Monmouth Stakes on Oct. 10.

First race post time throughout the meet will be 12:50 p.m.

The Raines Stakes drew a field of eight 3-year-olds and up, as well as three main track only entrants. After trying to get Tracy Ann’s Legacy back on the turf after she was claimed, only to have both sprints come off, Breen is hoping to finally see her on the turf, where she shows a 5-2-3 line from 11 career starts.

Overall, the 4-year-old daughter of Shackleford sports a sharp 7-6-3 line from 19 career starts.

“We’ve only been able to run her on the dirt for the two starts I’ve had her and there is a chance of rain on Friday,” said Breen. “I’m not looking for another off-the-turf but if it were to happen it wouldn’t be the worst thing for us.

“But looking at her form she seems to like the grass even better than the dirt. Either way we’re looking for a good effort from her.”

Owned by Kenwood Racing LLC, which produced four winners and five seconds from 12 starts during the Monmouth Park meet, Tracy Ann’s Legacy will again be ridden by Jose Ferrer. The veteran jockey notched victory No. 4,500 of his career aboard the filly when she won her most recent start by seven lengths on Aug. 29 in the slop.

“I don’t normally run fillies against the boys but this happens to be in our backyard and we’re walking out of the stall without having to ship anywhere,” said Breen. “So we’ll try it.”

Breen said he and his team have had “minimal” time to enjoy the recent training title.

“We’re still working every day and everything is the same,” he said. “It’s like Groundhogs’ Day around here. We have a lot of horses and we’re getting up early and training late. So we haven’t really had time to savor it.

“I think everyone is happy and excited in the barn. At the same time there is still a lot of work to do.”