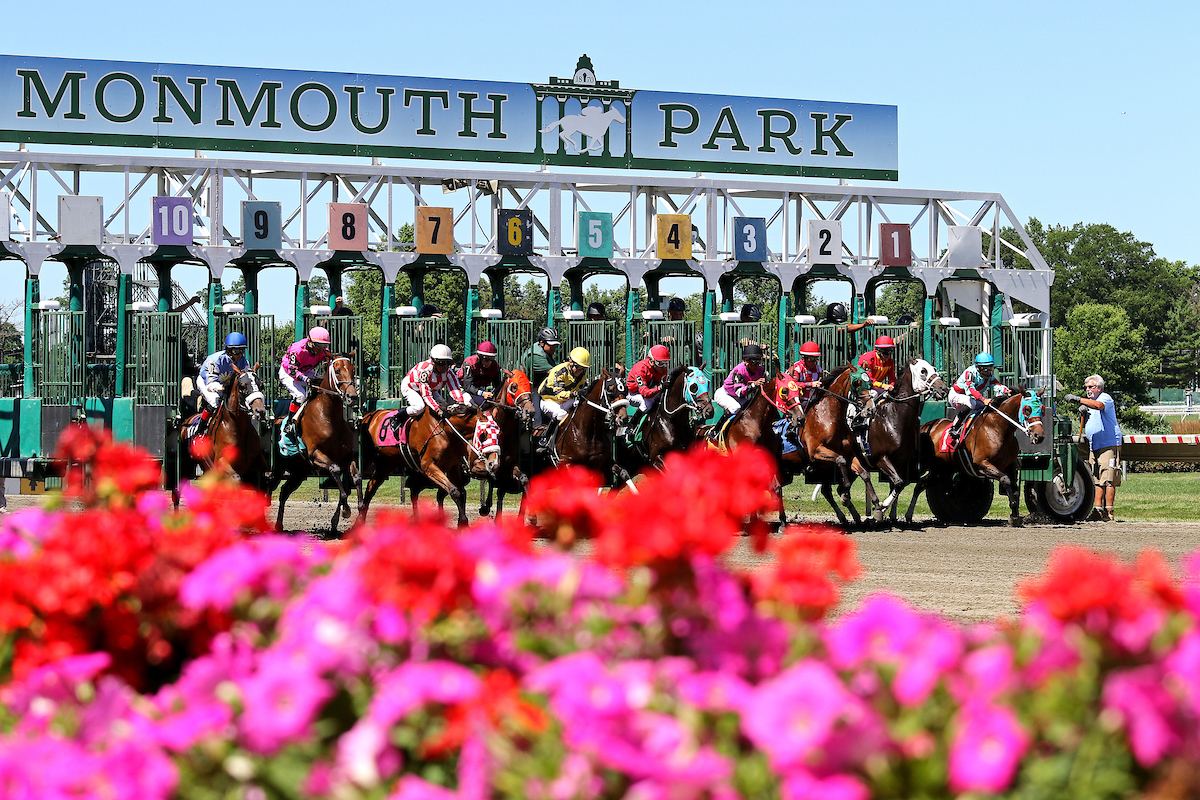 “He’s in his prime right now,” said Ortiz. “Every time he runs he has a chance to set a track record. That’s how good he is right now.”

The Kentucky-bred son of Street Sense will look to add his already-impressive career accomplishments in Sunday’s $100,000 Rumson Stakes, a five-furlong dirt sprint that has drawn a field of seven and headlines Monmouth Park’s 10-race card.

Claimed for $62,500 on June 21, 2020 at Churchill Downs, Hollis has nine wins and three seconds in 19 starts for Ortiz, including a track record win at Oaklawn on Dec. 10 of last year, when he ripped off 5½ furlongs in 1:02-flat. It turns out it was just a matter of Ortiz unlocking the secret that has made Hollis special.

Owned by WSS Racing and 4 G Racing, Hollis has a 12-5-1 line with earnings of $626,412 in 28 career starts. At the Rumson Stakes distance he has six wins and three seconds from nine starts.

“When I claimed him he was very heavy,” said the Kentucky-based Ortiz. “We gelded him and it took a lot of the weight off and ever since then it’s as if we found a hidden gem under all of that mass.

“He lost a good 200 pounds after we gelded him. He was that heavy.”

Hollis heads into Sunday’s feature on a two-race winning streak, the most recent being a 2½-\ length score in the West Virginia Legislature’s Chairman Cup Stakes at 4½ furlongs at Mountaineer. That track marked the eight different venue that Hollis has won at during his career.

He is due to arrive at Monmouth Park from Kentucky on Saturday and will bed down in the barn of Carlos David, Ortiz’s cousin.

“He’s such a great shipper,” said Ortiz. “He’s the one horse I have travelled the most with during my career. He’s a horse for any course as long as it’s the right distance. He knows his job and he has so much fun doing it. That’s why he is still racing and racing well. He is having fun.”

Hollis drew the rail for the Rumson, with Ortiz bringing in David Cabrera to ride.

“He does his own thing,” Ortiz said of Hollis.  “That’s why we’ll have David Cabrera ride him. You have to know this horse and David has won with him before. This turned out to be an honest race. Sprinters are fast horses so it’s never going to be easy in a stakes race like this.

“We’ll see what happens from the rail. David will play it from the gate. Hollis doesn’t necessarily need to be in front. He actually prefers to be in a stalking position. But coming out of a 4½-furlong race I am sure he will be firing out of there.”