There Are No Words Wins Sunday’s Featured Allowance, Putting Spina And The Ioias Into Tie For Leading Owner Honors With Two Race Days Left In The Meet 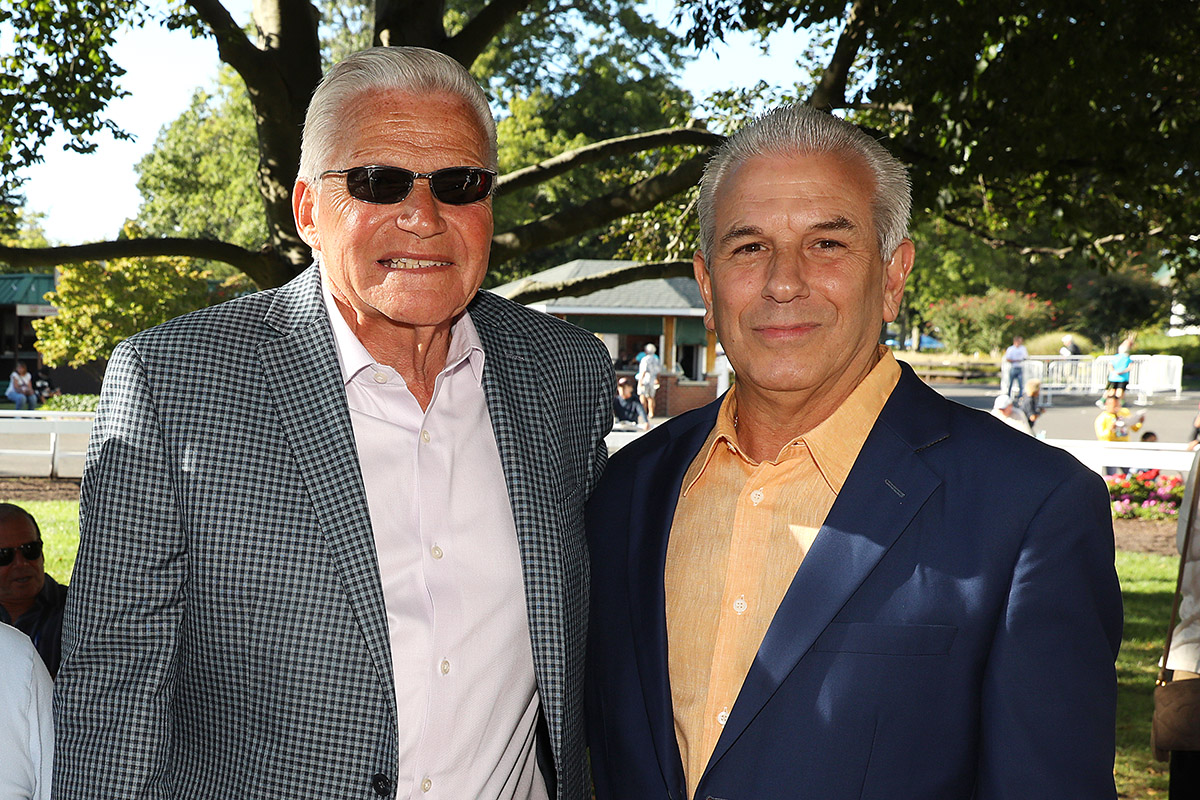 There Are No Words, a Jersey-bred racing against open company, built an early double-digit lead and then had enough left to hold on for a half-length victory in Sunday’s featured $57,500 allowance at Monmouth Park, putting trainer and co-owner Chuck Spina into a tie for leading owner honors with two race days left in the meet.

Spina, a training fixture on the Monmouth Park backstretch for 46 years, has never been the leading owner.

“It would be one of the highlights of my career if I wound up as leading owner,” said Spina. “It would just be awesome, especially with our little stable.”

There Are No Words led from the first jump to the last in the mile and an eighth turf feature, holding off the late bid from Basso. It was another 1¼ lengths back in third to Passport.

The winning time for the nine furlongs over a firm turf course 1:49.57.

A gelded 3-year-old son of California Chrome, There Are No Words is co-owned by Spina in partnership with long-time clients Gayle and Joseph Ioia.

Those three are tied with Monster Racing Stables for leading owner honors with eight wins heading into the final weekend of the meet next Saturday and Sunday. Six other owners are tied for second with seven wins.

The race for leading trainer is still up for grabs over the final two days as well, with Claudio Gonzalez currently leading the way with 29 wins. Kelly Breen is second with 28, with Jerry Hollendorfer third with 25.

Admission and parking are free for the final two days of the 60-day meet. First race post time is 12:15 p.m.