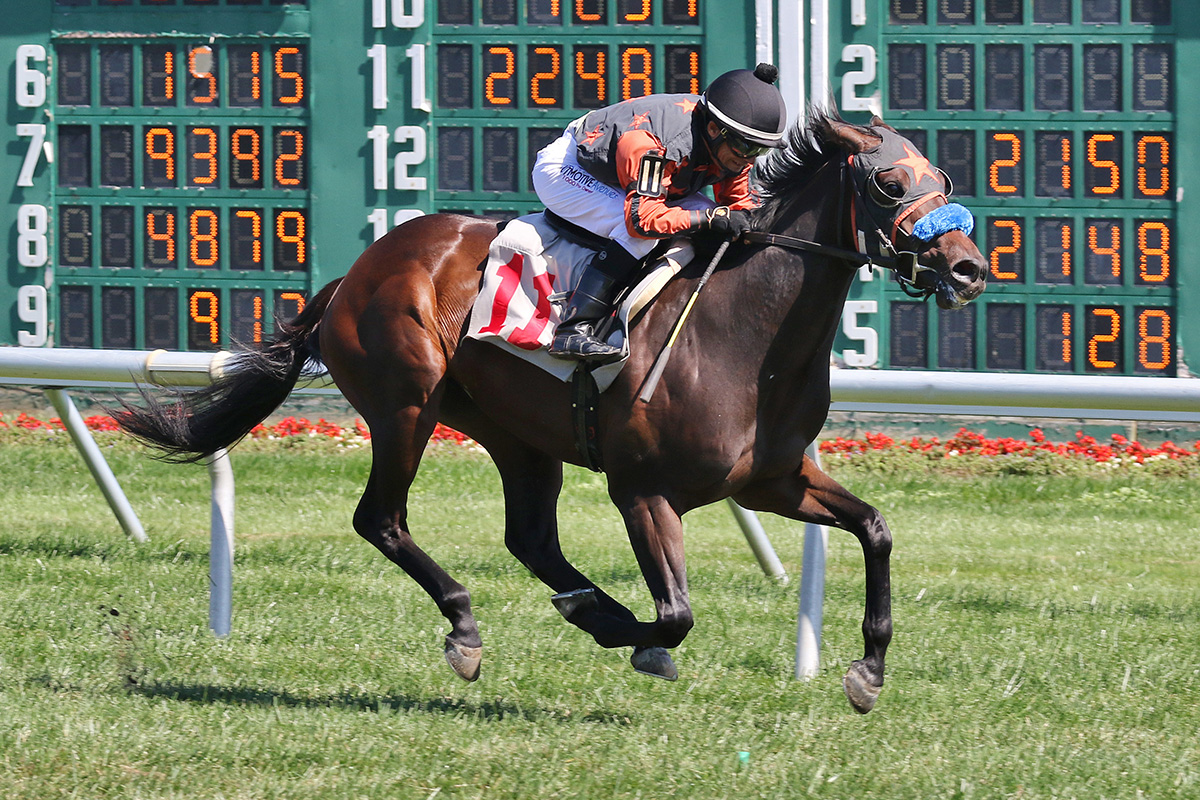 The veteran conditioner hopes to have an updated memory to call on this Sunday at Monmouth Park when he sends out There Are No Words in the featured $85,000 Irish War Cry Handicap for Jersey-breds at a mile on the grass.

“He’s the only 3-year-old in the field so that makes it tough, but I like that it’s a mile on the turf. That’s his preferred distance,” said the veteran conditioner, who started training in 1976.

As a 2-year-old, There Are No Words made an impression when he won a Maiden Special Weight race against open company at a mile on the grass by 10½ lengths. That prompted Spina to try the gelded son of California Chrome-Way With Words by Sefapiano in the $500,000 Nownownow Stakes a week later. There Are No Words was fifth that day.

“He was good as a 2-year-old and has done all right at 3. He has been in some tough spots,” Spina said.

After finishing fourth in the Jersey Derby on May 29, There Are No Words faltered late as the 3-5 favorite in a state-bred optional $15,000 claimer at a mile and a sixteenth on the turf, finishing second. Cutting back to a mile has Spina optimistic, but he has been around the game long enough to also be realistic.

Golden Brown, a graded stakes winner with career earnings of $750,320, and the Kelly Breen-trained He’spuregold, who won this race a year ago, loom as formidable opponents. Leo Monte, who beat There Are No Words last time out, is also in the nine-horse field (excluding MTO entrant Prendimi).

“His last two Beyer Speed Figures have been 76 and against straight 3-year-olds in these conditions he fits,” said Spina, who co-owns the horse along with Joseph and Gayle Iola. “It’s always different when it’s a 3-year-old against older horses.

“Golden Brown and He’spuregold have better numbers than my horse, but I like that it’s a mile instead of a mile and a sixteenth. We’ll see. It would be nice to get another stakes win. I don’t have many stakes horses. I mostly have Jersey breds and horses that I claim that may become stakes horses. So it would be great to see him win this race.”