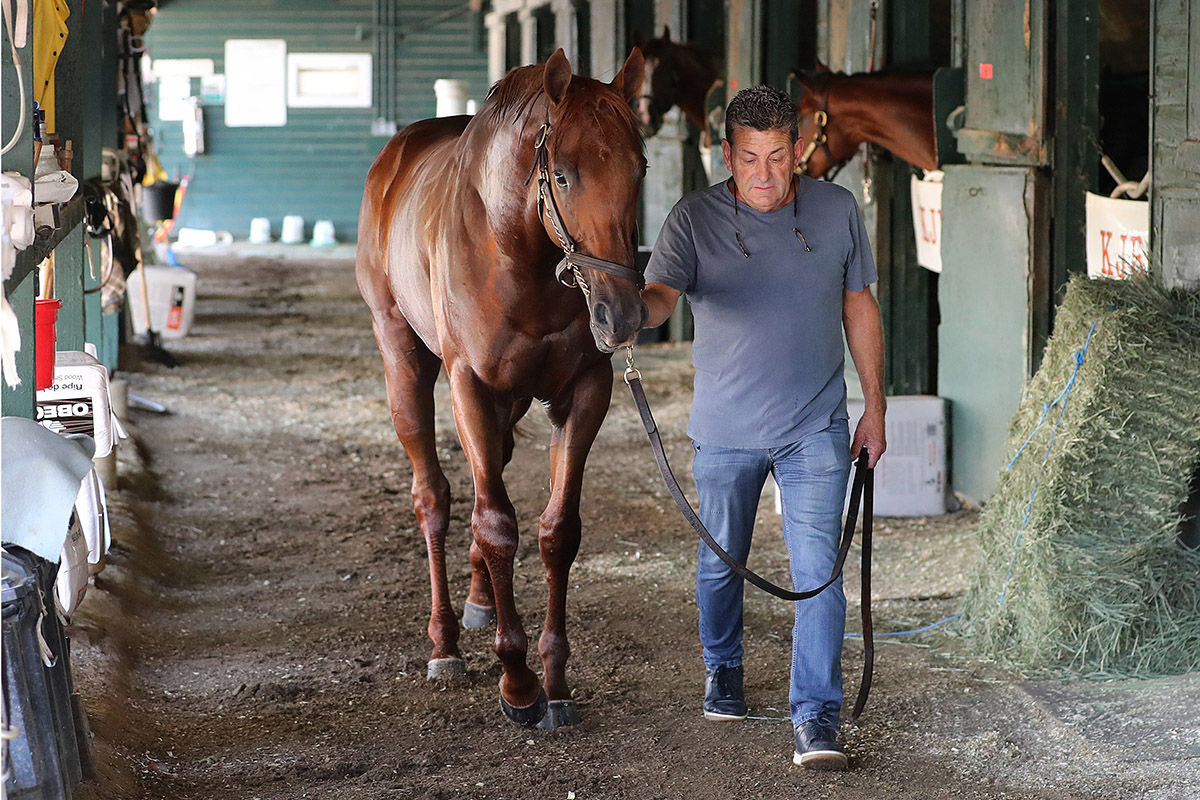 Taiba, looking to provide trainer Bob Baffert with yet another TVG.com Haskell Stakes victory, and Howling Time both arrived on the Monmouth Park backstretch on Tuesday in advance of Saturday’s $1 million, Grade 1 race.

Florida Derby winner White Abarrio and Arkansas Derby winner Cyberknife are due in on Wednesday, with the Chad Brown-trained Jack Christopher expected to ship in from New York the morning of the race. Benevengo, the other confirmed starter for Monmouth Park’s showcase race, is stabled on the grounds.

Baffert has won the Haskell a record nine times.

Barnes said Taiba would go to the track Wednesday morning.

“He has done all of his work,” Barnes said. “It’s just a matter of getting him familiarized with the track. The serious work is over. Right now we just want to get him acclimated to the track.”

Howling Time, trained by Dale Romans, shipped by van from Louisville, Ky. The 13-hour trip had him at Monmouth Park by 2 a.m. Tuesday.

The 55th edition of the Haskell will go as the 12th race on Monmouth Park’s 14-race Saturday card, with CNBC providing live TV coverage from 5 p.m. to 6 p.m.

The post position draw for the race is Wednesday at noon.