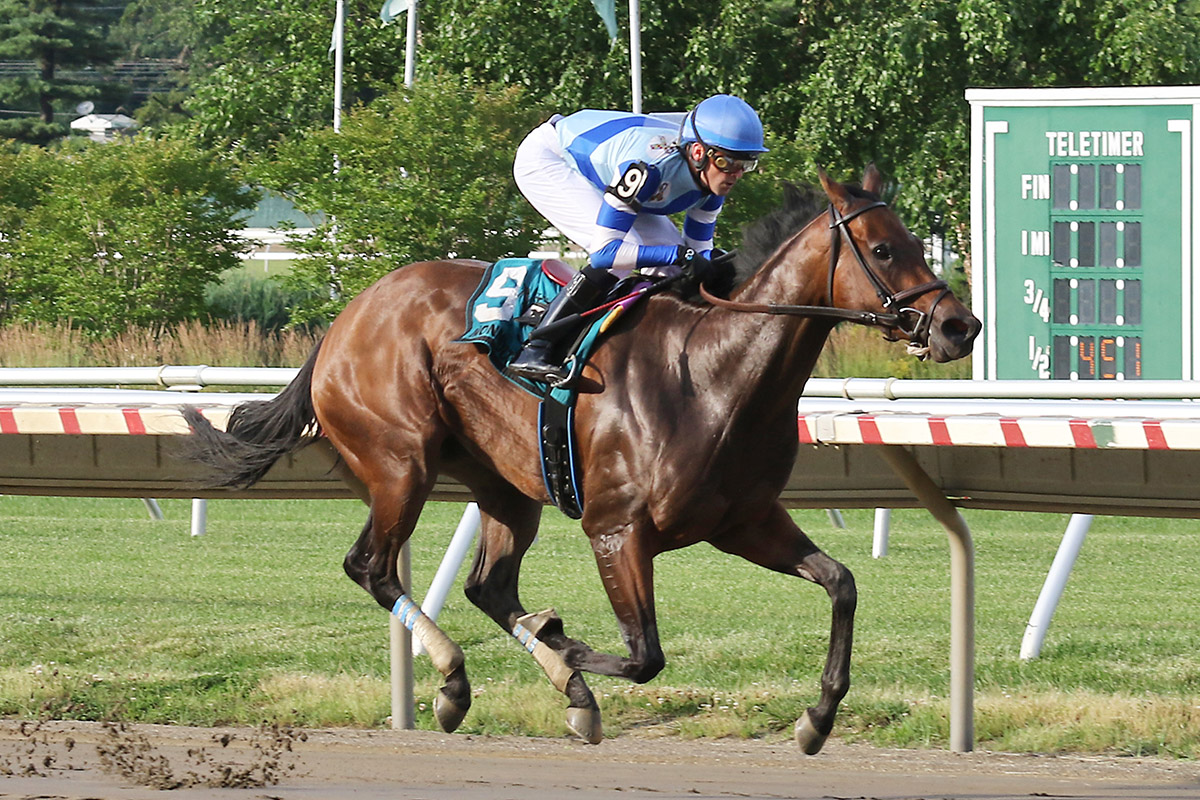 Trainer Kent Sweezey is hopeful that Jersey Jewel will break from her pattern of the past few years on Saturday when her second race of the year was her breakout one.

Now 4, the speedy daughter of Wicked Rich will make her seasonal debut in the $85,000 Spruce Fir Handicap, a six-furlong dash for Jersey-breds that will serve as the supporting feature on the 10-race card. The $100,000 Long Branch Stakes for 3-year-olds tops the program.

“She’s doing great,” Sweezey said of Jersey Jewel, who has been idle since Sept. 18. “We did the same thing this year as we did the past two years, which has been to run her at Monmouth Park and then give her time off.

“Both times she came in fresh I think she kind of needed a race. I think we have her tighter this time. For horses like her these Jersey-bred stakes are our goal.”

Owned by Monmouth Beach-based Fano Racing, Jersey Jewel’s seven career starts have all come at Monmouth Park, with two wins and two seconds. Both of her career wins have come on off tracks, though she was second, beaten just a nose, in the Eleven North Handicap on a fast track last Aug. 29.

“We would love it if it was a sloppy track. That would help our cause a lot,” said Sweezey. “Otherwise, we have a really sound Jersey-bred filly that can compete and we’re getting the ball rolling with her. In an ideal world I’d have another work in her. But I think she is doing great.

“Most of these Jersey-breds are in the same position we are, coming off a layoff. So it’s nice to have one with speed. From post one I think we probably have one way to go and that’s to see if she can get out there and get her home.”

Jomar Torres, as has been the case throughout Jersey Jewel’s career, has the mount in the 10-horse field.

For the 35-year-old Sweezey, Saturday marks the return to what has been his summer base the past few years after wintering in Florida – and he comes in off a career-best season in 2021 in terms of wins (63) and earnings ($2,382,125). He will have 30 horses stabled at Monmouth Park.

“We’re getting much better horses,” said Sweezey, who was 12-for-62 at Monmouth Park last summer. “Not only are we getting more horses but we are getting better ones. A trainer is only as good as his stock. For this meet I think we have a decent group of stakes horses and some really nice 2-year-olds.”

When Monmouth Park resumes racing on Saturday it will do so once again with Fixed Odds wagering available on site at designated locations.