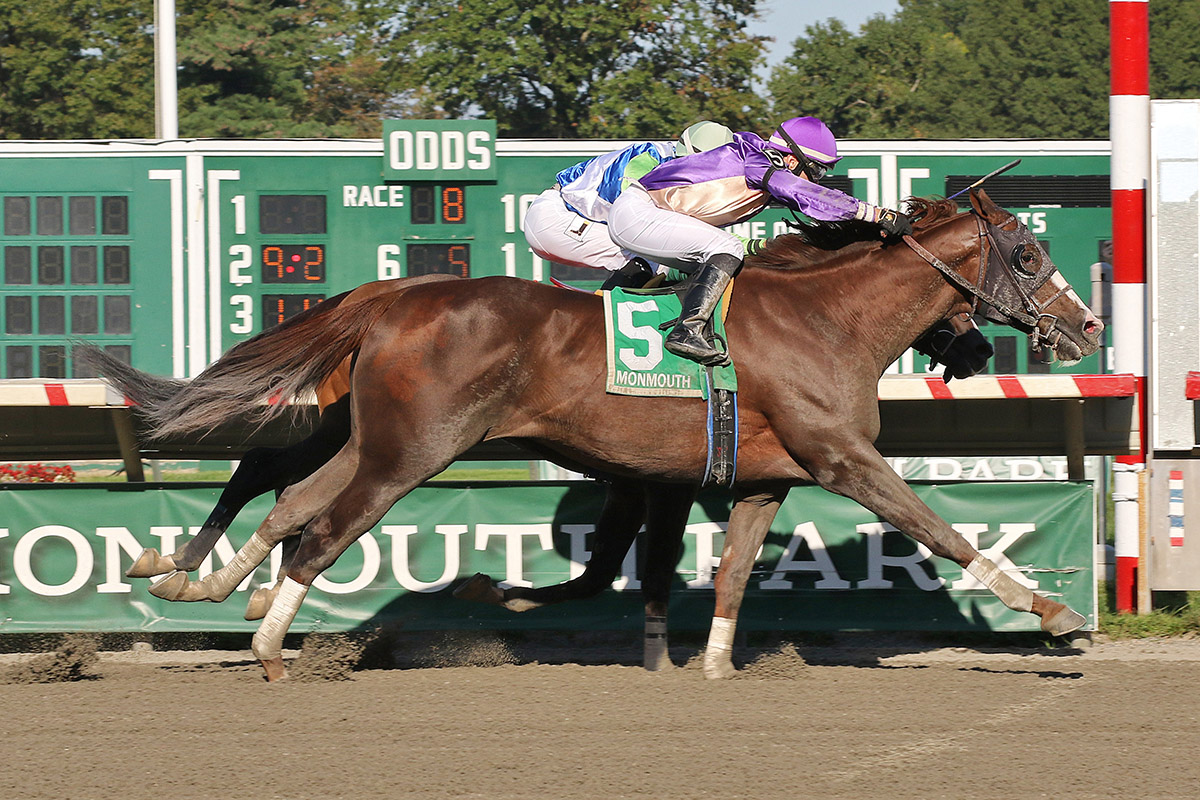 To beat a horse like multiple Grade 1 winner Code of Honor in Saturday’s Grade 3 Philip H. Iselin Stakes at Monmouth Park, trainer Kent Sweezey knows he needs every edge he can get. That’s where the home track advantage comes in for Phat Man.

Code of Honor, the 2019 Kentucky Derby runner-up and Travers Stakes winner, will ship in from Saratoga for the $250,000 mile and a sixteenth race that serves as the headliner on a 14-race card.

Phat Man, the only other graded stakes winner in the seven-horse field, merely has to travel from Sweezey’s barn on the Monmouth Park backstretch.

“I feel he’s getting a real advantage running out of his own stall,” said Sweezey. “He’s been a tricky horse. We’ve had minor issues with shipping him for the past year. Being able to run out of his own stall makes a huge difference.
“When we went to Belmont (June 4) we shipped in four days early. When we went to Churchill Downs (May 1) we came in the morning of the race. We’ve had to be really careful with what we do with his shipping because he’s a bit of a worrier. He’s tricky that way. So being at home for this race is huge for him.”

Two other factors could play to Phat Man’s advantage. One is Code of Honor’s seven-month layoff, with the Shug McGaughey-trainee idle since a fifth-place finish in the Grade 1 Pegasus World Cup on Jan. 23 at Gulfstream.

Phat Man, meanwhile, is coming off a win that Sweezey said was “one of the best races he’s ever run for us.”

Now 7 years old, Phat Man rolled to a two-length victory in the Battery Park Stakes at Delaware Park on July 10 as a prep for the Iselin.

“I wanted to see that and got to see that,” said Sweezey, who is enjoying a solid Monmouth Park meet with 11 wins from his 40 starters. “I spoke to (jockey) Florent Geroux right after he got off the horse and he said `man, your big horse ran great.’ I asked him how much he had to ask of him, if he really had to get to the bottom of him, and he said `not even close.’

“So that’s encouraging to me.”

Phat Man, owned by Marianne Stribling, Force Five Racing LLC and Two Rivers Racing Stable LLC, will always hold a special place with Sweezey since he provided him with the first graded stakes win of his career in the Grade 3 Fred W. Hooper Stakes at Gulfstream on Jan. 25, 2020. That was just six months after ownership group bought the son of Munnings for $65,000 at the Fasig-Tipton July Selected Horses of Racing Sale on July 8, 2019.

“He’s a really smart horse and he takes care of himself,” said Sweezey. “He knows when it’s go time and he also knows when he can lollygag in the mornings. He’s kind of an old school type of horse who will tell you what to do.”

Sweezey believes there’s enough speed in the Iselin to help set up Phat Man’s late run, saying “he’s a horse who needs to get into a rhythm.”

“He’s a huge horse,” said Sweezey. “I would say he’s one of the biggest horses on the backstretch as far as weight and height go, meaning he is a freight train. You can’t stop and start a big horse like that. He’s not a Ferrari. He needs to be kept in a rhythm. That’s what happened in Delaware.

“Obviously, Shug’s horse is the one to beat. But on Phat Man’s best day and at this distance I think we have a real shot.”