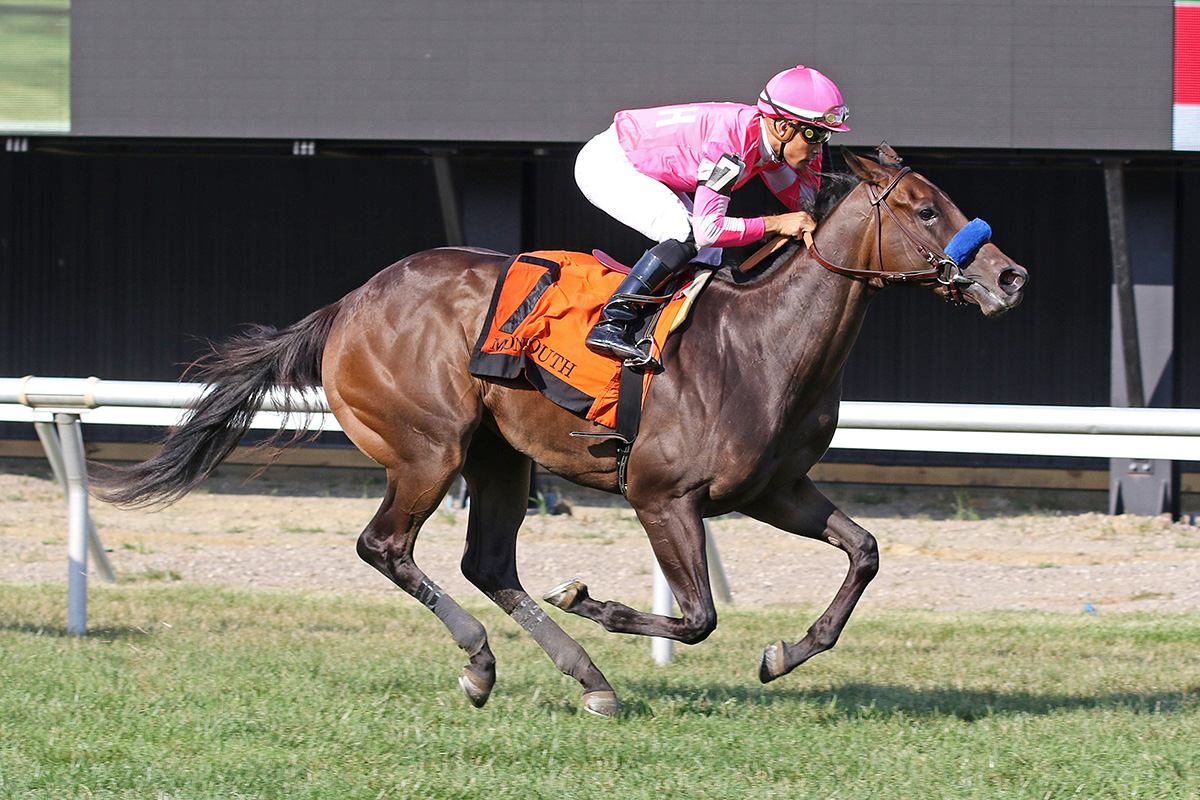 Now that Sweet Harmony has followed her first-out win on the dirt with a victory in Sunday’s $100,000 Colleen Stakes at Monmouth Park at five furlongs on the grass, trainer John Terranova has plenty of options with the 2-year-old daughter of Bayern.

But he has already settled on one: She’s a turf sprinter.

Sweet Harmony improved to 2-for-2 in her career after stalking the early speed and then responded with ease under slight urging from jockey Samy Camacho to win the 84th edition of the Colleen by 1¾ lengths. Alternate Rock rallied for second, a head better than tiring speedster Motown Mischief.

“We took her on the infield at Belmont Park and galloped her around the turf and you could just tell,” Terranova said. “She just loved it. She loved the feel of it. The riders who have been on her, they all said this filly is grass.

“So we shipped her to Monmouth for this race, but with the heat and everything you never know. But she’s a class act. She’s got some sassiness to her. Turf, I think, will be her game as she develops into an older filly.”

Sweet Harmony, a $135,000 yearling purchase, won her career debut at 4½ furlongs on the dirt at Monmouth Park on June 4. Camacho has ridden her both times.

“I talked to John Terranova after she won her first race and told him she looks like she can handle dirt or turf,” said Camacho. “In my opinion she has more kick on the turf so I like her better on the turf. She’s not 100 percent developed yet. She still has a lot of room to improve. She is going to get even better.”

Breaking from post seven in the eight-horse field, Sweet Harmony hooked up early with Motown Mischief through an opening quarter in :21.78, eventually taking over entering the turn, with the half reached in :44.06. Sweet Harmony was well on her way then, with Motown Mischief tiring slightly and Alternate Rock rallying from off the pace to nab second.

“It looked like I was chasing the speed (Motown Mischief) early but I really wasn’t,” said Camacho. “She broke alertly and I wanted to keep her outside and just off the speed but she took me to the lead. She’s a very talented filly with a lot of potential.”

Terranova said he would point Sweet Harmony to the Bolton Landing Stakes at 5½ furlongs on the grass at Saratoga on Aug. 21.