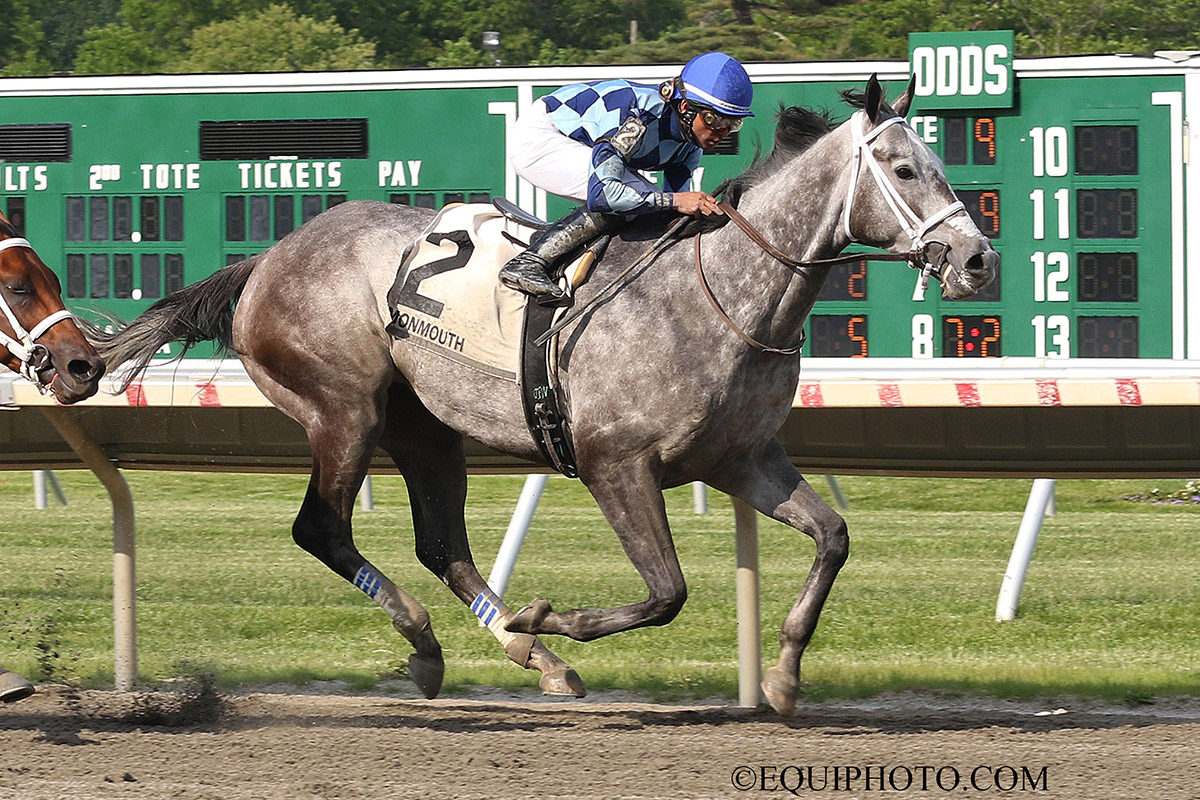 Shortly after he was honored as the New Jersey Thoroughbred of the Year for 2018, Sunny Ridge started his campaign to repeat those honors in 2019.

The Jason Servis-trained gelding found room along the rail to rally past Diamond King in deep stretch for a three-quarters length victory in Saturday’s Grade 3 Salvator Mile at Monmouth Park. It was another 2¼ lengths to Bal Harbour, who rallied impressively after missing the break.

Owned by Dennis Drazin, the CEO and chairman of Darby Development LLC, operators of Monmouth Park, Sunny Ridge received a well-timed ride from Jose Lezcano in posting his seventh victory from 25 career starts.

With the $90,000 winner’s share from the purse of $150,000 the 6-year-old son of Holy Bull-Lignum Vitae by Songandaprayer pushed his career earnings total past $1.3 million.

“He had a great trip. He broke super,” said Servis. “I was glad Jose Lezcano kind of let him float. Once he made his move he really took off.

“He’s a poor man’s horse. He bangs away every race and makes money. Ive never even thought about him as Jersey-bred. When I got him as a 2-year-old I told Dennis I am going to make $1 million with this horse. Look at him. He’s a big, beautiful horse. And he’s a gelding so he could have another good three years in him. He might hit $2.5 million. I’m thrilled to death with his performance.”

The combination of Joe Bravo and Chad Brown, meanwhile, accounted for two of the four stakes victories. In addition to winning the featured Grade 2 Monmouth Stakes with Almanaar, the two combined to take the Boiling Springs Stakes with favorite Beautiful Lover.

The $75,000 John J. Reilly Handicap for Jersey-breds produced the only major stakes upset, with Prendimi scoring in wire to wire fashion and paying $54.40 to win.

Chris DeCarlo rode the winner, who was trained by Luis Carvajal.