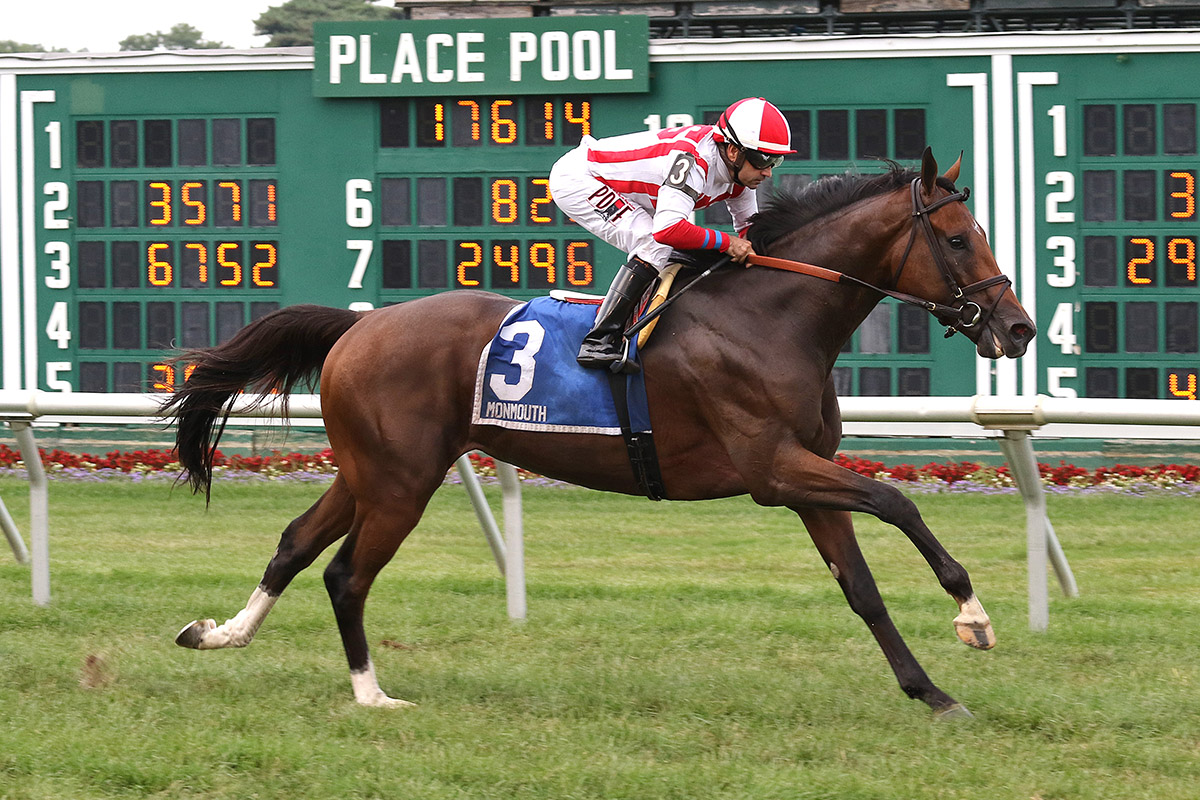 Standard Deviation continued to show new life on the grass, rallying from last in a short field with an explosive move around the final turn and drawing off to score a 3¼-length victory on Sunday in the Jersey Derby at Monmouth Park.

Ridden by Joe Bravo and trained by Chad Brown, Standard Deviation recorded his second grass stakes win in as many tries at Monmouth Park. His only turf loss in three career grass starts was in the Grade 1 Belmont Derby on July 6 when he was beaten 5½ lengths.

“He sure likes Monmouth Park,” said assistant trainer Luis Cabrera, who oversees Brown’s string at Monmouth Park. “He’s a horse that can relax, which really helps in these races, and he can finish. The plan was to be closer early on than we were. It just didn’t work out. He didn’t break sharp but it was fine because the speed took off and Joe Bravo was able to get him to relax in the back. He was never too far off.

“He moved very comfortably when Joe asked him to go. That was a powerful move he made on the turn coming into the stretch.”

War Treaty, the lone speed in the race on paper, cleared the field early as expected but never seemed to relax on the lead under mild pressure. Bravo and Standard Deviation had a view of the rest of the field from behind for more than three-quarters of the race.

When Bravo asked the son of Curlin-Crosswinds by Storm Cat to go coming into the final turn, Standard Deviation left the rest of the field looking as if it was standing still. Current rallied for second, a neck ahead of War Treaty.

Owned by Klaravich Stables Inc., Standard Deviation is now 2-for-3 lifetime on the turf.

The $450,000 yearling purchase, who was 13th in the Breeders’ Cup Juvenile last year, had previously won the Tale of the Cat Stakes at Monmouth Park on June 1. Bravo was riding the colt for the first time.

“I think we were all concerned going in because when you looked on paper there was only one speed horse in the race (War Treaty),” Bravo said. “As we broke everyone else seemed to take the initiative. The worst thing you want to do is out-ride your horse. He was so relaxed and quiet the first part of the race I was fine being where we were. He gave me a lot of confidence.

“I was on a monster. He’s a powerful horse. I probably underestimated how good he is because I did get into him around the turn, but I was afraid of the lone speed getting away. But wow, this horse galloped underneath me nicely.”