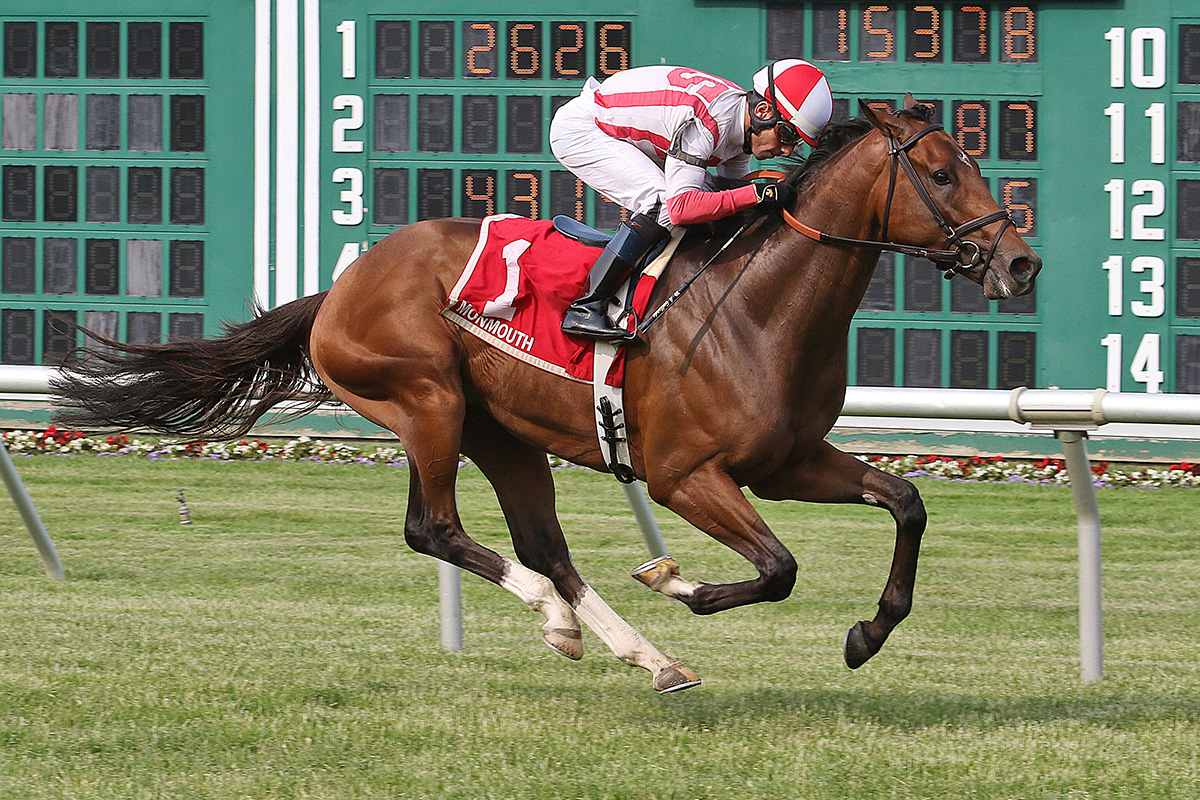 Standard Deviation took to the turf the way so many Chad Brown-trained runners do – impressively.

Content to sit off a fast early pace, jockey Antonio Gallardo moved Standard Deviation outside entering the far turn and the 3-year-old colt swept by the tiring early leaders to post a two-length victory in the $75,000 Tale of the Cat Stakes on Saturday at Monmouth Park.

Sent off at 3-1, Standard Deviation covered the mile and a sixteenth over a turf course listed as “firm” in 1:41.85. Empire of War finished second. It was another 1½ lengths back to Solidify in third.

“He has a lot of class. This is a good horse,” said Luis Cabrera, who oversees Brown’s operation at Monmouth Park. “He can run anywhere and on anything. He has breezed on the grass and he liked it. So we wanted to try him on the turf and the timing was right.

“Now we know he can run on dirt or turf.”

Though Standard Deviation’s first career start at 2 at Saratoga was meant for the turf, the race was taken off the grass. In five starts since then – including a third in the Grade 1 Breeders’ Cup Futurity and a start in the Breeders’ Cup Juvenile – the son of Curlin-False Impression by A.P. Indy had not been able to get back on the grass.

Brown has earned the Eclipse Award as the sport’s top conditioner from 2016-2018, much of it the result of his record-breaking grass success those years.

“Luis and Chad both said the horse has been training well on the grass and they wanted to try him on it,” said Gallardo. “He felt comfortable, like he has been on it the whole time. There was a lot of pace in the race, which helped a lot. Everybody up front was killing each other.

“My horse felt comfortable off the pace. I had a really good trip. When he broke from the gate I could feel he liked it. He was very comfortable on the grass.”

When he swept by the field coming out of the turn he was gone.

“I was happy to see the horse where he was because those early fractions were really fast,” said Cabrera. “It was a perfect trip for him.”

Racing resumes at Monmouth Park on Sunday with the $75,000 Lookin at Lucky Stakes headlining a 12-race card. First race post is 12:50 p.m.