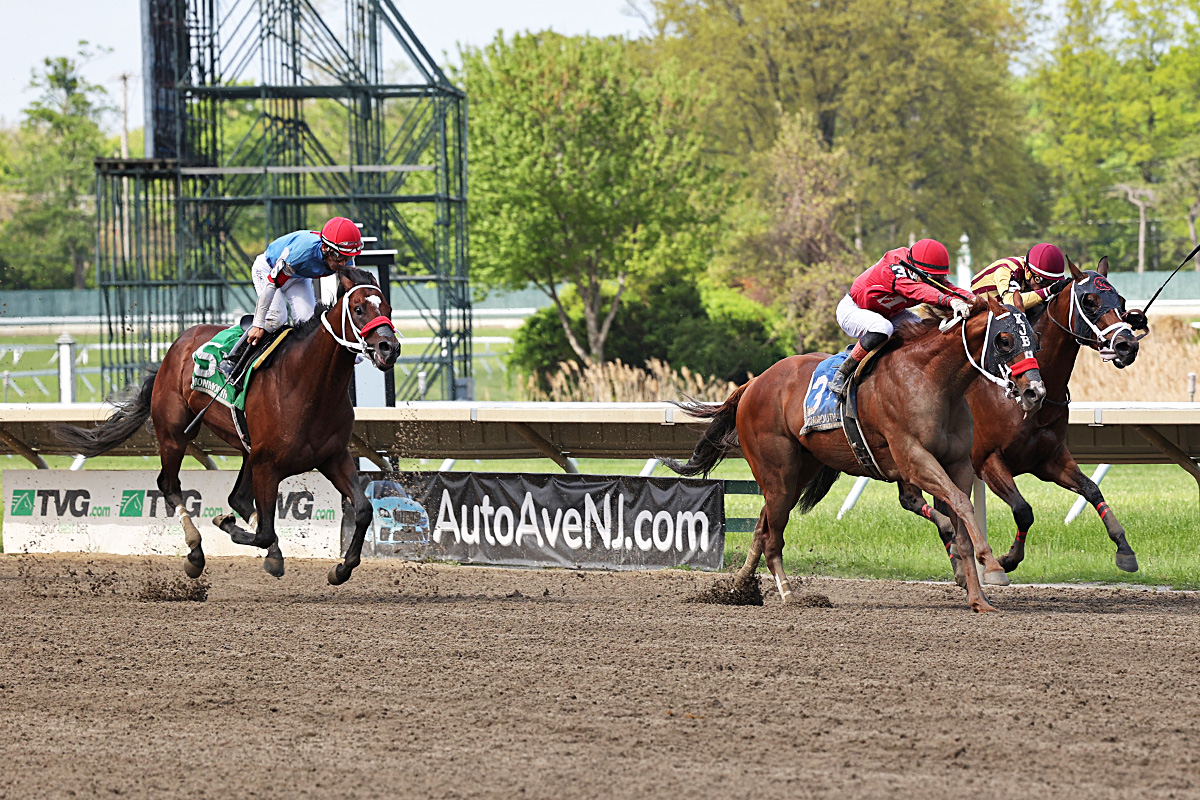 Four weeks after Royal Urn and Pickin’ Time dominated in the John J. Reilly Handicap by finishing first and third, respectively, the Kelly Breen-trained duo will launch another assault on Jersey-breds in Sunday’s $85,000 Sunny Ridge Handicap at Monmouth Park.

Royal Urn, who rallied for a half-length victory in the John J. Reilly at odds of 17-1, had been idle for 10 months before that win. Pickin’ Time was coming off a six-month layoff.

With a foundation under each now, Breen is confident both will turn in big efforts in the one-mile feature for 3-year-olds and up on the 11-race card.

“They’re both doing well,” said Breen, who tops the Monmouth Park trainer standings in his bid for a fourth title. “Royal Urn has won at all different distances. He’s got a good post (nine in the nine-horse field). He should be fine.

“Pickin’ Time is just a class horse. He has shown in the past that he needs a race or two to get his mojo going. He should put in an even better effort than what he did his first race back.”

Both horses are owned and were bred by John Bowers, Jr.

Royal Urn, a 6-year-old gelded son of Kantharos, will be seeking his fifth Jersey-bred stakes race at Monmouth Park. He also won the John J. Reilly Handicap in 2020.

“I was surprised at the price on Royal Urn,” said Kelly. “But it was a pretty tough race for Jersey-breds and a tough race in general. They both showed up.”

Royal Urn turned in a bullet work on June 4 in preparation for Sunday, going four furlongs handily in :47.1. Jose Gomez again has the mount.

“He’s doing fabulous,” said Breen. “The issue I might have, or Jose Gomez might have, is getting him to go the distance because he is primed for another sprint race. So trying to get him to stretch out might be a little bit of a feat.

“But he is doing so well and he has won going two turns. It’s a bit of a stretch but he is very sharp right now.”

Breen, who has eight winners from his first 31 starters at the meet, said things have fallen into place for his barn so far.

“The horses are training well and running well,” he said. “We’re ecstatic.”