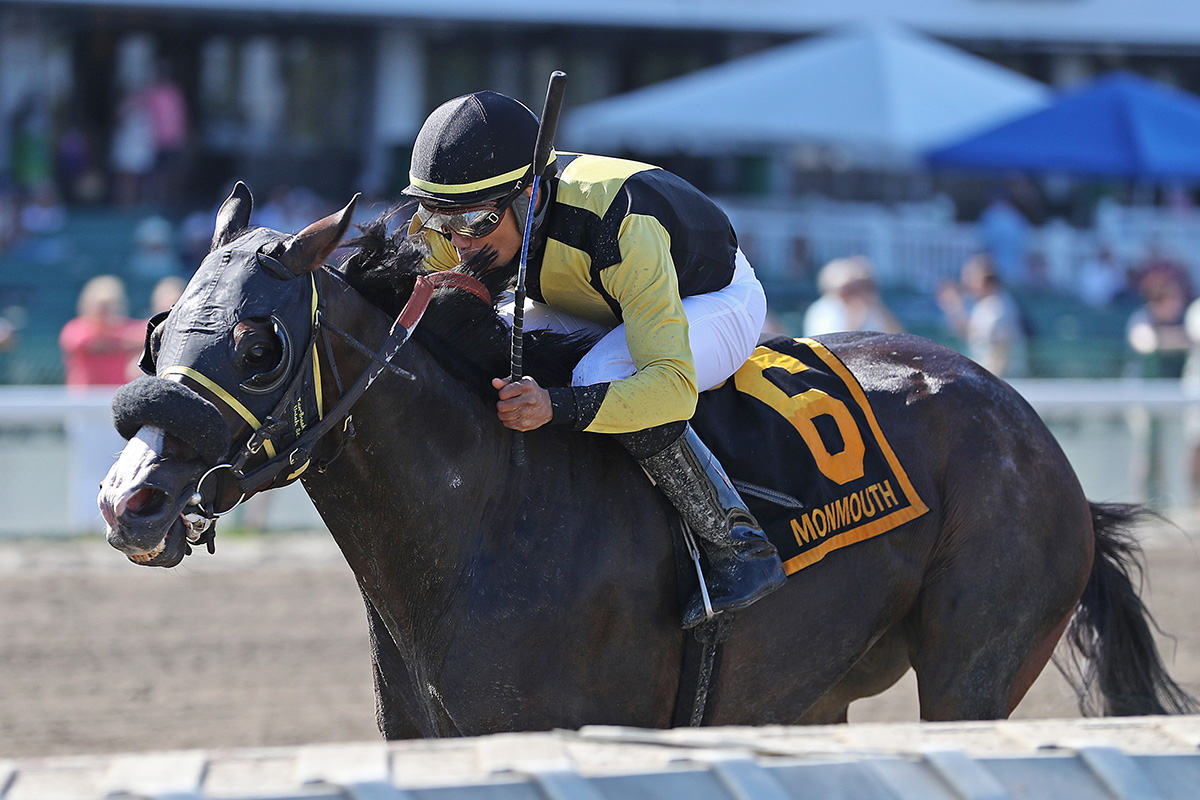 A little more than a year after Informative shocked the field by winning the Grade 3 Salvator Mile Stakes at odds of 79-1, the 5-year-old son of Bodemeister did it again, surging past even-money favorite Highly Motivated to score a 1½-length victory in Saturday’s Grade 3 Philip H. Iselin Stakes at Monmouth Park.

The second-longest price in the field of six at odds of 14-1, Informative raced wide for most of the mile and a sixteenth before grinding away and passing Highly Motivated at the sixteenth pole. It marked Informative’s first win since the stunning Salvator Mile upset and was the first graded stakes win of jockey Dexter Haddock’s career.

Informative was third, beaten four lengths, in his last start in the Grade 3 Monmouth Cup on July 23 by the Chad Brown-trained Highly Motivated.

“He loves Monmouth Park,” said St. Lewis. “He has been running against some real tough competition. He came out of the (Grade 1) Met Mile two races ago. Those were some real tough horses. Look at the company he has been keeping and you see why he hadn’t won in a while.

“The difference to me this time is that we carried 118 pounds and Highly Motivated was carrying 124. That’s a big difference. Weight can stop a freight train.:

“I felt good about him today,” said Haddock. “I have been breezing him a lot in the mornings and he was showing he was ready to run a big one. Being on the outside (post position six in a six-horse field) was a better position for him. His last race he was inside and there was no room for him. He likes being on the outside. He is more comfortable on the outside even as wide as he was. He is a better horse when he has room to run.”

Informative had plenty of room to run being five-wide most of the earlygoing, just outside of Highly Motivated, as the field bunched up through early fractions of :24.07, :47.47 to the half and 1:11.12 for six furlongs.

St. Lewis entered the day with just six wins from 105 starters for the year but won two races on Saturday’s Monmouth Park card. The native of Trinidad, who came to the United States 49 years ago, began training in 1988.

The victory for Informative was his fifth in 35 career starts.

“His last race he was stuck inside with nowhere to go. Highly Motivated got away from us that time,” said St. Lewis. “I told Dexter Haddock to keep him wide and keep him out of trouble and ride him like he was the best, which he did. The Salvator Mile was a bigger surprise to me. This race we knew what we were coming into and what kind of horse we had.”

Racing resumes at Monmouth Park on Sunday with a carryover of $31,445 for the early Pick 5 that starts in the first race. First race post time is 12:15 p.m.