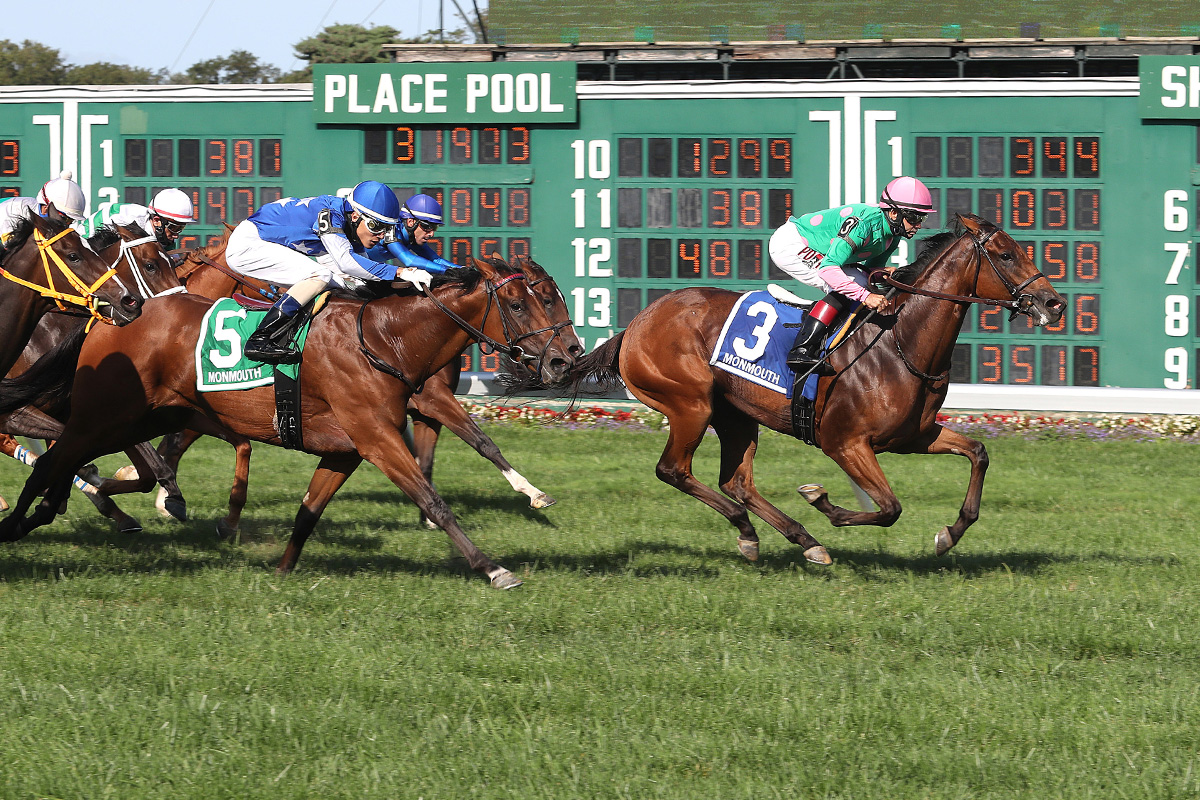 With limited options and a filly giving all indications that she wants to run again, trainer Christophe Clement will give Mischievous Dream a chance at winning another stakes race at the Jersey Shore on Sunday.

This one, however, comes with a twist: The 2-year-old filly, who captured the Sorority Stakes on Sept. 7 during the Monmouth Park meet, will be taking on the boys in Sunday’s $150,000 Nownownow Stakes on the second day of the Meadowlands-at-Monmouth Park meet.

The nine-day Meadowlands-at-Monmouth Park meet gets underway Saturday and will complement simulcasting of the Preakness Day card. Following Sunday’s 12-race program, the schedule will shift to Wednesdays and Saturdays through Oct. 24. There will also be a holiday card on Monday, Oct. 12.

Mischievous Dream, who overcame late trouble to win the one-mile Sorority Stakes by a half-length, has won two of her three career starts. Clement feels she is best at seven-eighths or a mile, which leaves him with few choices for a young grass horse that is sending out a clear signal that she wants to race again.

The Nownownow Stakes is scheduled for a mile on the turf.

“The filly is doing well. She has trained well,” said Clement. “It’s an ambitious spot. We’re running against the boys. But she has done everything right and I don’t like any of the other options out there.

“I will speak with (owner) Mrs. Patricia Generazio to make sure she is on board with this and if she is we’ll take our shot with her in this spot.”

A daughter of Into Mischief, Mischievous Dream has won two of three career starts, all on the turf.

And it’s not as if she is unfamiliar with racing against the opposite sex: She beat the boys in her career debut at Saratoga on July 19, winning a 5½-furlong turf sprint by one length.

The first running of the Nownownow Stakes has drawn a field of 10, which should give Mischievous Dream the target she needs to run at late.

“She’s a nice filly. I think she’s any easy filly to ride,” said Clement. “She’ll stalk, be mid-pack and make one run. As long as she doesn’t get into trouble she should be able to run her race.”