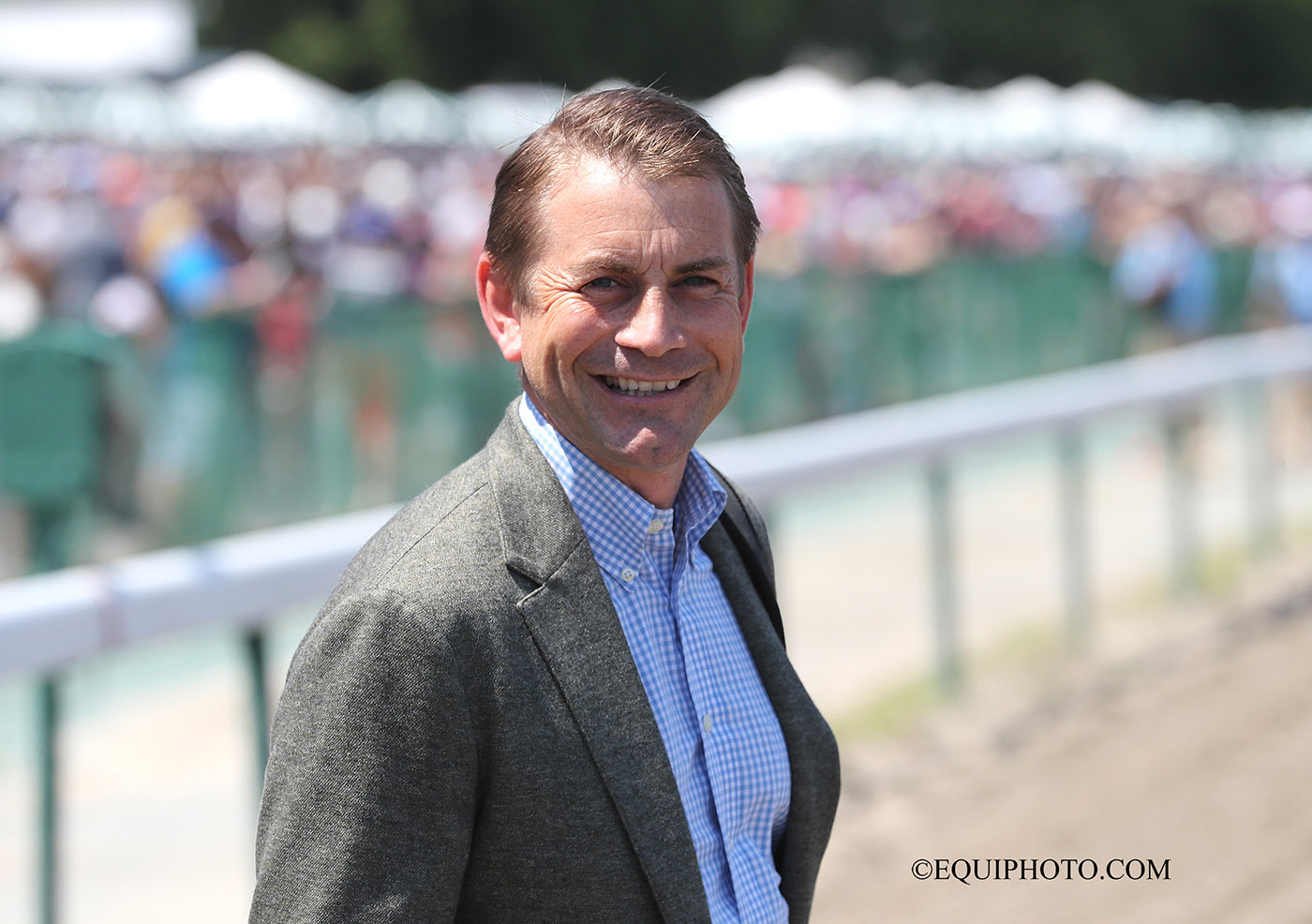 EAST RUTHERFORD, N.J. – With a stable he calls “heavily turf-laden,” trainer Jonathan Thomas often finds his options for running to be limited. It was that way at the recently-concluded Monmouth Park meet, where he sent out just 22 starters (winning with eight).

But as the Monmouth-at-Meadowlands meet heads into the third day of a nine-day meet on Friday night, the all-turf cards have offered some unexpected opportunities for Thomas runners.

With two winners and a third from three starters at the Monmouth-at-Meadowlands meet already, Thomas will look to add to his totals when he sends out Skylerville in Friday’s $45,000 featured allowance. The one-mile grass test for fillies and mares 3 and up has attracted a full field of 12, as well as two also eligibles.

“We’re always living and dying by the condition book and there have been some good spots for a couple of our horses at the right time at the Meadowlands,” said Thomas, who estimated that 40 of the 45 horses he has are either turf or Tapeta runners. “I would say it has been more a matter of timing than planning.”

Skylerville, a $250,000 yearling purchase, will be making her second start of the year after finishing third in her 3-year-old debut at Monmouth Park on Sept. 10. She led that mile and a sixteenth turf allowance for most of the way before fading to third off a 40-week layoff.

“She has needed time,” Thomas said. “The ownership group thought that giving her the winter off would be the right thing. So she got a big break over the winter. With allowance races on the grass if you miss one or one gets rained off it’s typically five weeks to the next one.

“So it took us a little longer to get her back to the races than we anticipated. Now that she is back she is doing well and we want to run her.”

Thomas said he was pleased with how the daughter of Air Force Blue-Secret Agenda by Malibu Moon returned after that extensive layoff.

“She is a 3-year-old coming off a big layoff against older fillies, and I thought she ran well,” said Thomas, who counted victories in the Blue Sparkler Stakes, Jersey Derby and Incredible Revenge Stakes among his eight wins at Monmouth Park this summer.

Isaac Castillo has the mount.

The remaining seven cards of the Monmouth-at-Meadowlands meet will take place Fridays and Saturdays through Oct. 22 with the exception of Saturday, Oct. 15, when Far Hills will feature its 101st steeplechase meet.

Post time for the Monmouth-at-Meadowlands cards is 7 p.m. Six races will be conducted nightly.