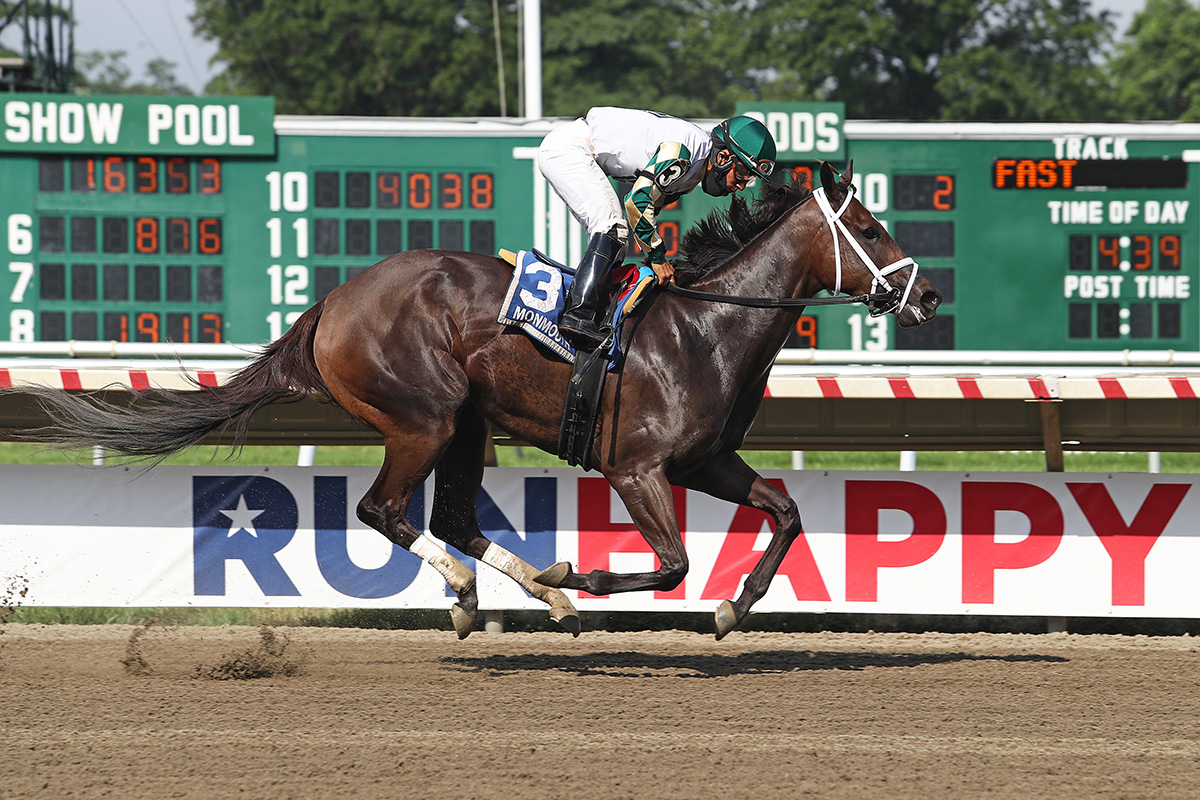 As lightly raced as Shippy is, and given that two of her three starts as a 2-year-old were in graded stakes company last year, trainer George Weaver isn’t sure that his talented filly has established her running style yet.

But he found out yesterday she can get to the front and can excel there.

Ridden aggressively from the outset by Paco Lopez, Shippy broke on top and stayed there, drawing off to a 4½-length victory in the featured $75,000 Blue Sparkler Stakes on Monmouth Park’s Saturday card.

The 5½-furlong sprint for 3-year-old fillies was originally scheduled for the grass, but was moved to the main track following heavy rains on Friday.

“Shippy has always had a good amount of early speed. She has natural speed, and she’s a little bit lightly raced so it’s hard to gauge that just yet,” said Weaver. “She won first time out very easily by pressing the pace. She wasn’t on the lead like this race but she also attended the pace in the (Grade 3) Schuylerville.

“So it didn’t surprise me she was on the lead throughout this race. I didn’t really give Paco Lopez any instructions other than to ride the race the way it looks. I thought there was plenty of speed in the race so I didn’t anticipate being on the lead. But when she broke the way she did I was pretty happy. She was able to dictate things right from the get-go.”

Lopez, riding the daughter of Midshipman-Lead Me Not by Speightstown for the first time, said he was not sure what to expect from Shippy, who was the 8-5 favorite in the field of eight. Time for the 5½ furlongs over a track listed as “fast” was 1:04.09.

“I had to see how she broke,” said Lopez, the meet’s leading rider with 11 wins after four racing cards. “I wasn’t sure if she wanted the lead or wanted to sit off. But she broke on top so I let her go. She was ready. She was comfortable throughout the first half and when they came at her I shook her up a little and she responded.”

Fujairah rallied for second, a head better than Fast Scene.