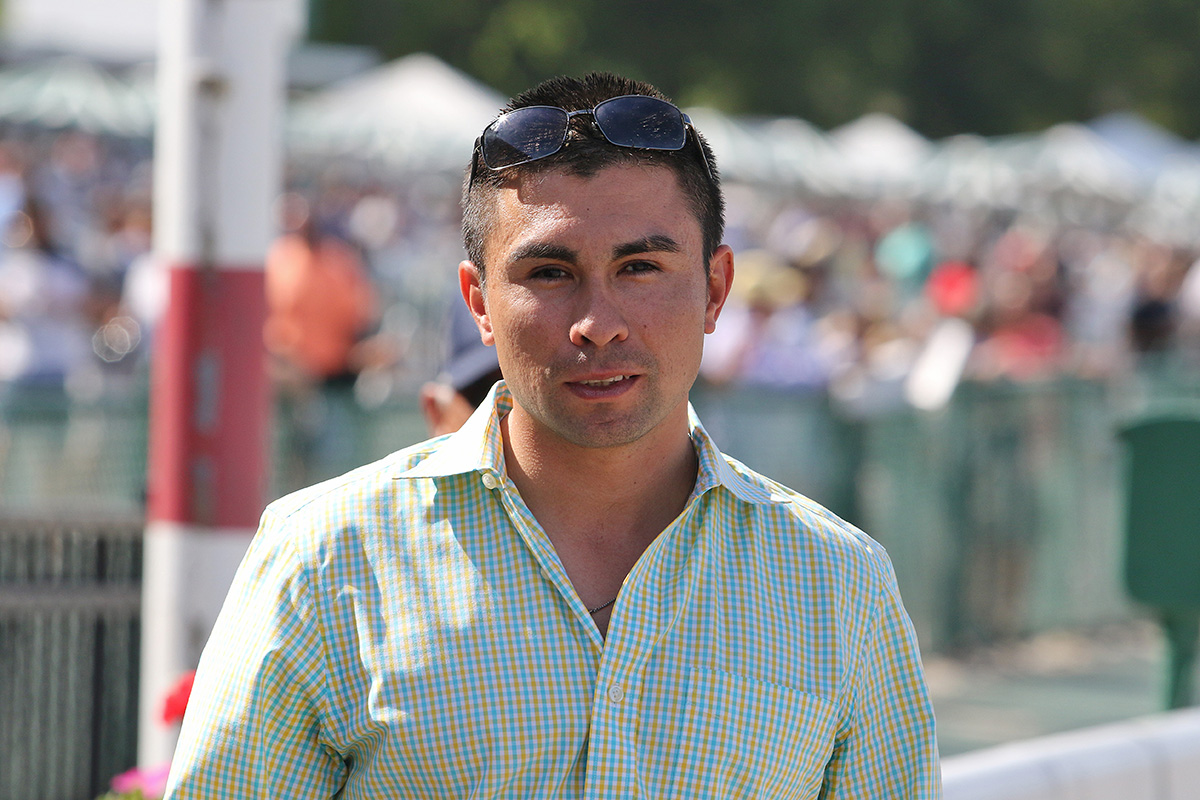 The moment Share the Ride crossed the finish line in a victorious 2019 debut on May 19 at Parx, trainer Jorge Duarte, Jr. knew it was finally time to challenge his 4-year-old colt a little more.

That challenge will come in the form of a first stakes test on Thursday at Monmouth Park in the $75,000 Rumson Stakes, a five-furlong dash that headlines a special eight-race July 4 holiday card – one that will feature steeplechase races in the first and third races.

“He’s been telling us he wants something bigger and better,” said Duarte. “Everything we’ve put in front of him he has handled. He keeps winning, so once you get to this stage it’s time to find out a little bit more about him.”

Share the Ride, who has four victories from seven career starts (with no off-the-board finishes) is part of a compact but ultra-competitive five-horse field in the Rumson.

The Jason Servis-trained Ray’swarrior, coming off three straight second-place finishes, and Wildwood Dance, from Jorge Navarro’s barn, are a pair of proven 7-year-olds who should give Share the Ride all he can handle.

But that’s fine with Duarte.

“On the right day I feel like my horse is the one to beat, but we’ll see in this race,” said Duarte. “He ran big his first race back (off a six-month layoff). I was kind of surprised by that because you never know off a layoff. If he comes back to that same form in this race he should be pretty tough.”

Owned by Colts Neck Stables LLC, Share the Ride was picked out by racing manager Alan Goldberg at the Fasig-Tipton Florida 2-year-olds in training sale at Gulfstream Park in March of 2017 for $175,000.

Duarte, in his first full year taking over for Goldberg as the stable’s trainer, said the son of Candy Ride-Bell of the Hall by Graeme Hall “has always been well-regarded,”

“He’s a very honest horse,” said Duarte. “This is his first real step up but he has done everything right. He deserves a chance in a race like this.”

Share the Ride will be making his Monmouth Park debut, with Duarte confident the colt’s up-close or on the lead style will fit perfectly with the way the track often plays. Share the Ride also shows a 3-1-1 line from five career starts at the distance.

For Duarte, off to a successful first summer on his own at Monmouth Park so far with six wins, a second and four thirds from 19 starters, this marks a chance for a third stakes win at the meet. He has already captured the Unbridled Elaine Stakes and the Politely Stakes with Goldwood.

“We’ve been very pleased with the way things have unfolded for us at Monmouth Park,” said Duarte.

Thursday’s card kicks off the only four-day racing week of the meet, with first race post time for both the Thursday and Friday cards at 1:15 p.m. The Saturday and Sunday live programs will start at 12:50 p.m.