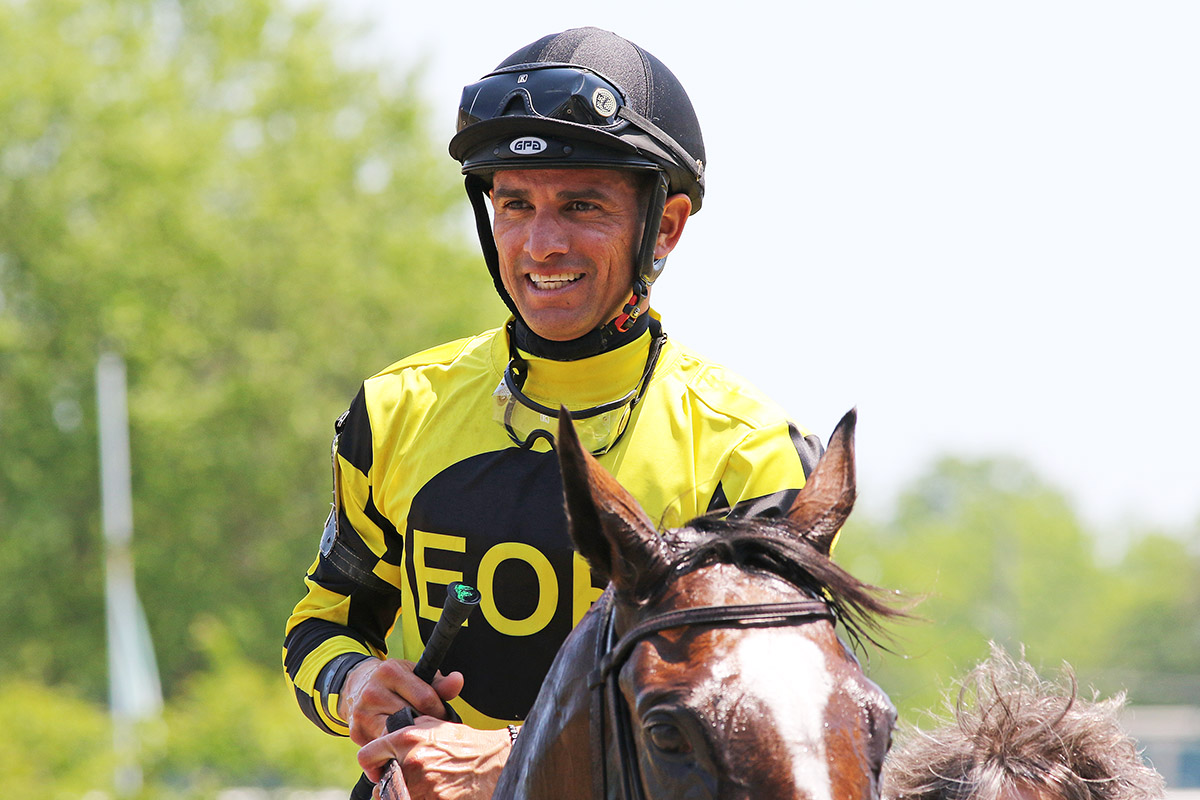 If Elione Chaves was suffering from jet leg following a nearly 8½-flight from Sweden on Sunday, it didn’t show in Monday’s first race at Monmouth Park.

The 38-year-old from Brasilia, Brazil, who now calls Malmo, Sweden, home prevailed in a stretch duel with Samy Camacho to capture the opening race on the Memorial Day card with Twisted Treasure for trainer Rafael Schistl.

It marked the first mount at Monmouth Park for the champion Scandinavian rider who has topped the jockey standings in Sweden six of the past eight years. Chaves said he plans to be at Monmouth throughout the summer, riding first call for his good friend Schistl.

The victory came barely 18 hours after he left Stockholm.

“I feel good. I’m very happy to win my first race here,” said Chaves. “I don’t know anyone else here so it’s a little unusual for me. Right now I am riding for Rafael but we will see what happens.”

Chaves said he met Schistl 16 years ago when both were riding in Brazil. When Schistl left to first ride and then train at Scandinavian tracks he reached out Chaves and invited him to come ride for him.

“I have been there 13 years now,” said Chaves, who has also ridden in Germany, Italy, Singapore, Dubai, Denmark, Germany and Norway. He said he has been leading rider at various Scandinavian tracks 19 times.

“I decided to come to the United States in March and I tried Oaklawn but I didn’t feel comfortable there. I didn’t feel at home,” he said, going 0-for-3 in his brief time in Hot Springs, Ark.

Enter Schistl once again. Schistl told him to try Tampa Downs and that he would give him mounts if he came.

“So I went to Tampa for the last six weeks. I rode six winners,” Chaves said. “Then Rafael said to me `I am going to Monmouth Park for the summer. Do you want to come with me?’ I said yes.”

Chaves’ plan is to ride as often as possible during the Monmouth meet with a couple of exceptions when he returns to Sweden and Norway to ride in big races in those countries during the summer. He has ridden more than 1,400 winners overall, with more than half (735) coming in Sweden.