Sacco-Trained It Can Be Done Scores By 2 1/2 Lengths In Sunday’s $150,000 Nownownow Stakes To Highlight Ferrer’s Five-Winner Day 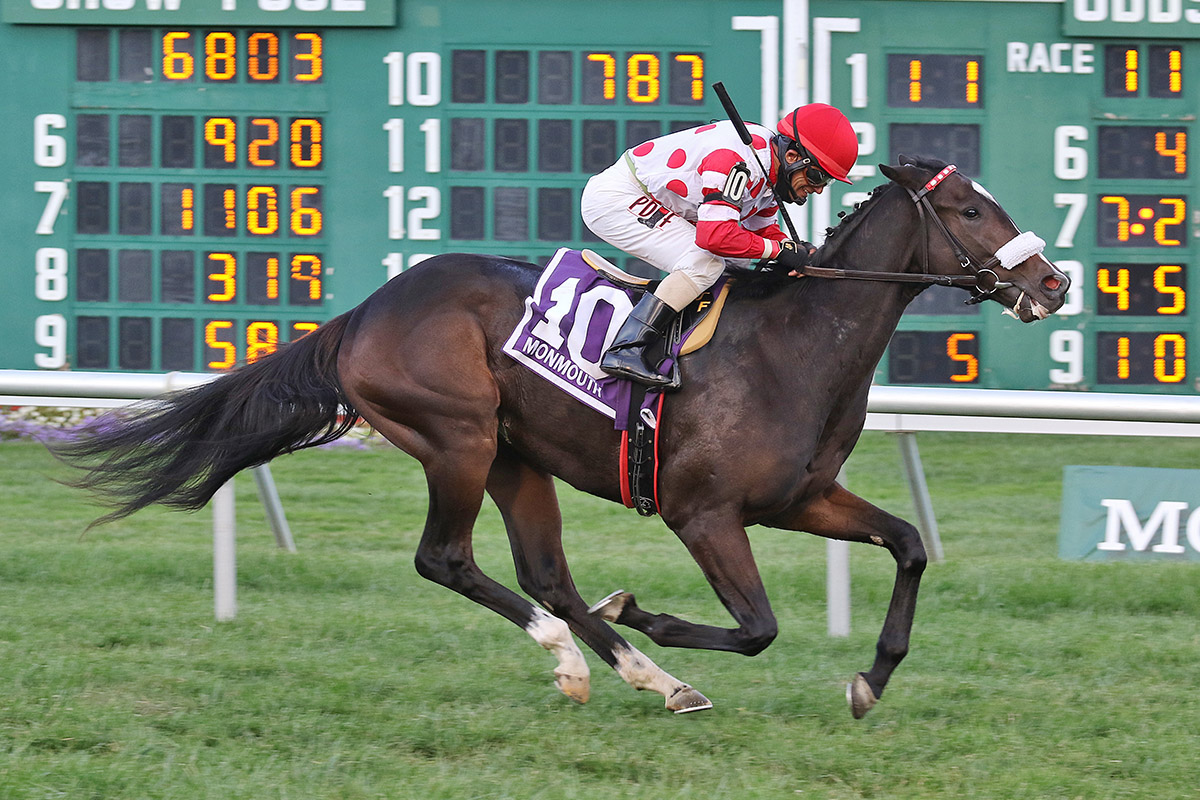 The stakes were considerably higher but the tactics were exactly the same for jockey Jose Ferrer. Get to the lead, slow down the fractions and steal off with a grass route race.

The veteran rider did that in a Maiden Special Weight race early on the card at Monmouth Park from an outside post on Sunday at odds of 18-1 and the repeated the strategy with 6-1 shot It Can Be Done in the inaugural running of the $150,000 Nownownow Stakes, scoring a comfortable 2½-length victory over Mischievous Dream in the one-mile turf feature for 2-year-olds.

“Jose is a master of getting to the lead and slowing it down on the turf,” said winning trainer Gregg Sacco. “He had to go a little fast the first quarter but he slowed it down the second quarter and when that happens if you have horse you have horse.”

Neither Sacco nor Ferrer was sure about It Can Be Done’s lasting power since he had only sprinted his first three career starts, including a 4½-length victory in a Maiden Special Weight race in his last start on Sept. 20.

Though Ferrer had to use the Kentucky-bred son of Temple City to get the lead from the outside post in the eight-horse field, going :23.38 for the first quarter, he backed down the half to :48.33 and was able to lope to three-quarters of a mile in 1:13.52.

Sapling winner Mischievous Dream, a closer and the only filly in the field, could never make up ground in the stretch because of Ferrer’s ability to control a leisurely pace.

“The game plan was just what happened – get to the lead and slow it down,” said Ferrer. “That was the intention, to walk the dogs. Coming from races at three-quarters to this I knew he was going to want to show some speed. The first quarter was a little quick but once he made the lead he settled down and I was able to nurse him on the backside. In the stretch he took off like a jet.

“I was a little worried about going two turns the first time with him coming from three quarters. Of course I was. But the race worked out the way we wanted it to and needed it to.”

Sacco said taking off the blinkers, worn by It Can Be Done his first two starts but not his past two victories, has made the difference for the gelding.

“We only sprinted him before this but the first two starts we had blinkers on him. The key was taking them off,” said Sacco. “He’s bred to run all day. He’s a medium-sized horse with a great length of stride. From his gallops in the morning we didn’t think distance would be a limitation but we were jumping from a Maiden Special Weight race to a stakes race and there were some talented horses in the race so we knew were coming into a tough heat.

“He ran dynamite on the turf in his only grass start (prior to this). He ran right up to the leader but he wouldn’t go by him with the blinkers. He put it all together in his last start. You don’t know about two turns until you stretch them out but it was really nice.”

Mischievous Dream held off No One To Blame for second by a nose.

Racing resumes for the Meadowlands-at-Monmouth Park meet with a 10-race card on Wednesday, Oct. 7. First race post time is 12:50 p.m.