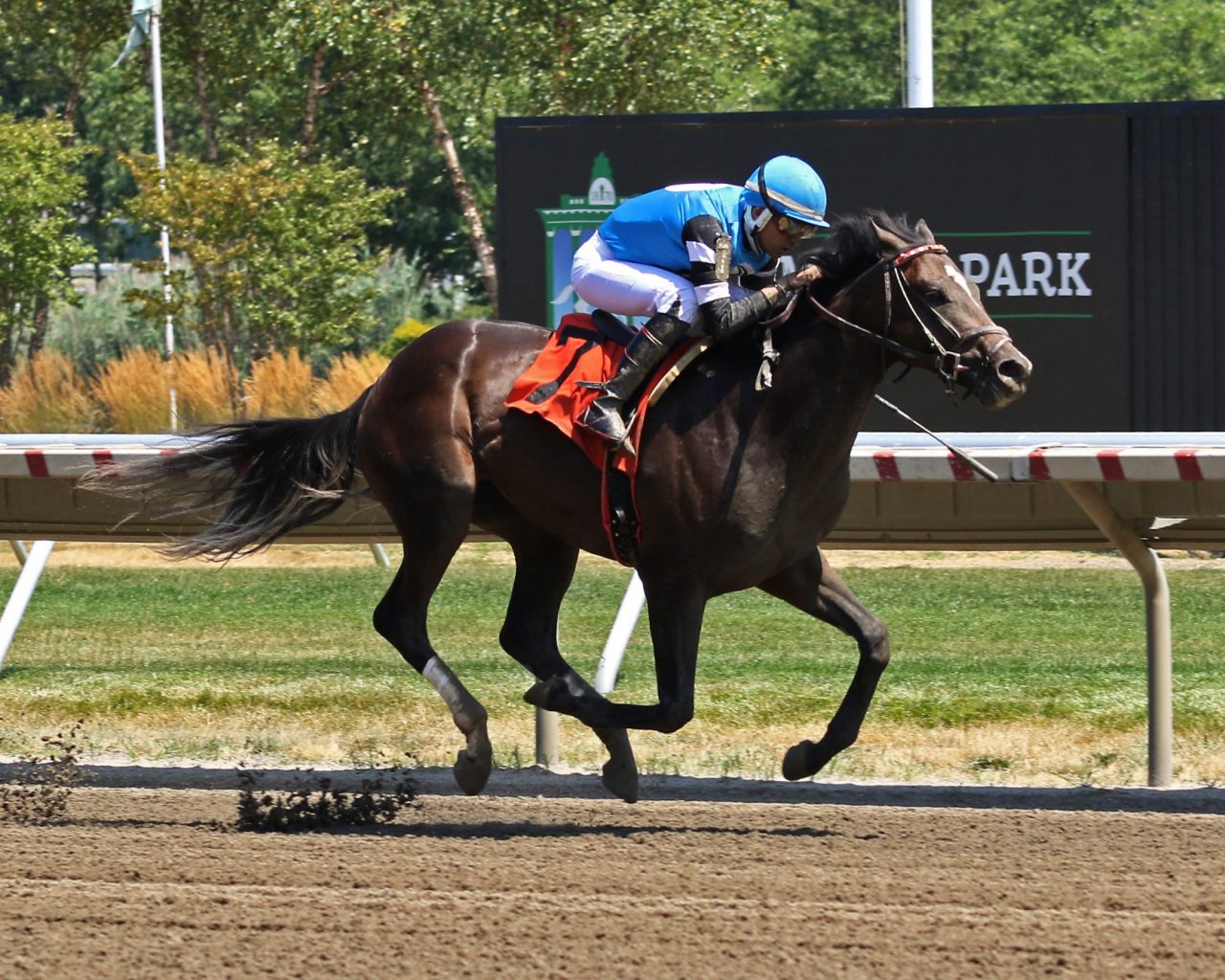 Of the eight colts entered in Saturday’s $200,000 Sapling Stakes for 2-year-olds at Monmouth Park, seven are coming off debut wins. Of those seven, six were well backed at the betting windows, with the longest shot among them going off 7-2.

The Gregg Sacco-trainee was one of the biggest surprises on TVG.com Haskell Stakes day on July 23, winning a 5½-furlong Maiden Special Weight race by 2½ lengths at odds of 27-1.

“He did everything right going into the race. As I said, it was the professionalism that surprised me. It looked like he beat a pretty decent field. Time will tell.”

Sacco fully expects Freedom Road, a Kentucky-bred son of Malibu Moon, to be largely ignored once again by bettors for the one-mile Sapling Stakes, the first two-turn test for every horse in the field. Todd Pletcher has a pair entered – Lost Ark, a $275,000 yearling purchase, and Major Dude, a $550,000 yearling purchase – and Brad Cox will send out Bourbon Spirit, who cost $200,000 as a yearling.

Freedom Road, owned by Pinnacle Racing Team, cost a mere $20,000, making him the least expensive purchase in the field.

The colt was picked out by Sacco’s son Will at the Ocala Breeders’ Sale for 2-year–olds in Training in March. It was the first horse the younger Sacco has purchased for his father.

“That made his win a little more special,” said Sacco.

While Sacco knows the Sapling is a major next step for Freedom Road, he also believes he has the talent to be a good one.

“I did name Joel Rosario to ride him for his first start,” he said. “I called (agent) Ron Anderson. I knew they were coming in for Haskell day and he accepted the mount. But Rosario had horses to work that day and the private jet was leaving a little late and he couldn’t make the first two races (Freedom Road was in the second race).

“I would not have reached out to them if I thought he was a mediocre, run-of-the-mill colt.”

Hector Diaz wound up with the mount and will retain it Saturday.

Beyond the Pletcher and Cox entries, trainer Juan Avila is sending V Mart, an 8¾-length winner in the slop at Saratoga in his debut, while Cal Lynch will ship in Saloon, a sharp winner at Delaware Park his first out.

“I know on paper – I took a look at the race – that it is a deep field with some impressive winners,” said Sacco. “We have our work cut out for us. But I like his running style.

Sacco said Freedom Road “acts like the two turns should not be a problem.”