Sacco Eyes Fast Start To Monmouth Park Meet With It Can Be Done In Friday’s $100,000 Jersey Derby 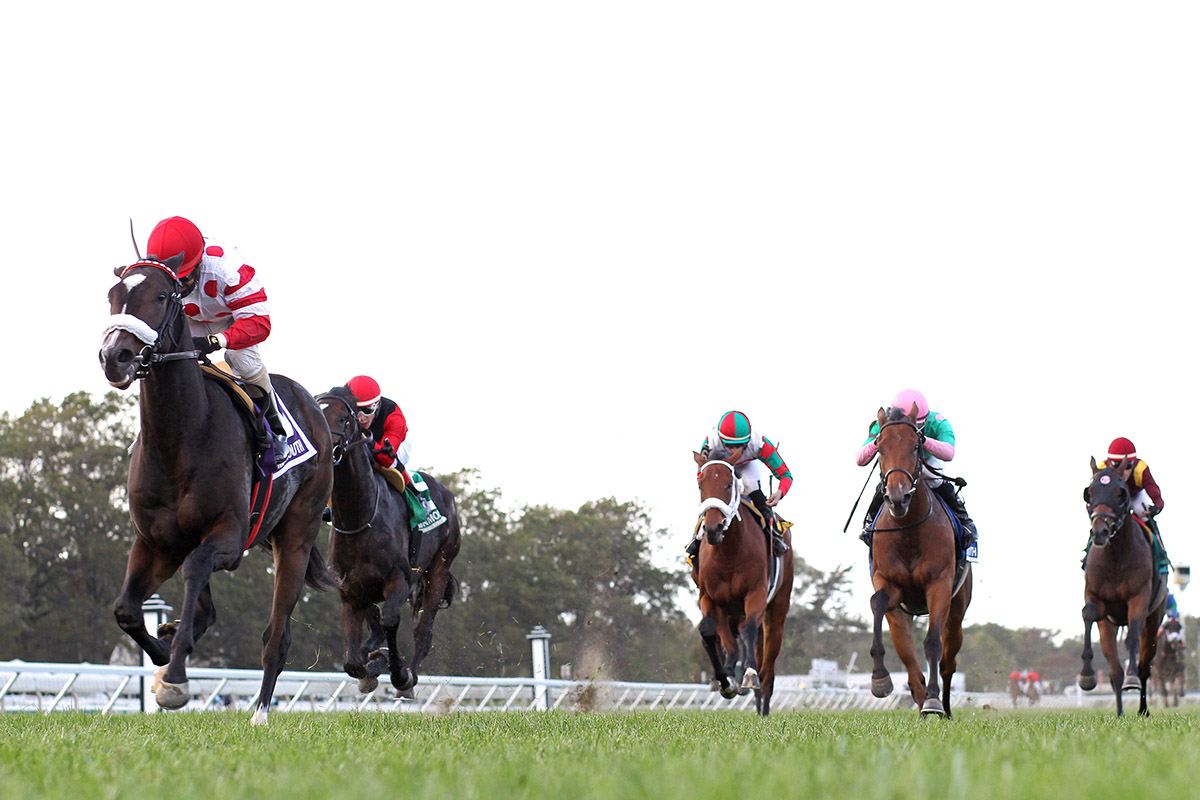 Now in his 33rd year as a trainer, Gregg Sacco knows that success or failure on the opening weekend of a new meet generally doesn’t mean much in the long term. But the competitor in him still has that burning desire to get off to a fast start.

That’s his hope for Monmouth Park’s 76th season opener on Friday when he sends out It Can Be Done in the featured $100,000 Jersey Derby. First race post time for the six-race twilight card is 5 p.m.

“You always want to get off to a fast start opening weekend and win a race or two, especially at your home track,” said Sacco. “I think it picks up the morale of the barn and yourself. So in that sense it’s important.”

The 78th Jersey Derby, scheduled for a mile on the grass, has drawn a field of eight 3-year-olds (plus one MTO) as Monmouth kicks off its 53-day meet with four straight days of live racing over the Memorial Day weekend. Post time for Saturdays, Sundays and special Monday holiday cards throughout the meet will be 12:15 p.m.

Even a forecast calling for rain, which could move the Jersey Derby to the main track, has Sacco undeterred.

“He broke his maiden on the dirt so we’re running turf or dirt,” said Sacco. “He had a very good number on the dirt and he trains well on the dirt. He won the Nownownow Stakes here (at Monmouth on Oct. 4) on the turf last year so he has shown he can run well on either surface.

“We’ve kept him on the turf since he broke his maiden but he has proven he can handle both surfaces.”

A gelded son of Temple City-Gotham Girl by Freud, It Can Be Done sports a 2-2-2 record from seven career starts with earnings of $150,330. After breaking his maiden going six furlongs on the dirt at Monmouth Park on Sept. 22, It Can Be Done won easily at a mile on the turf in the Nownownow Stakes two weeks later.

Owned by Red Oak Stable, It Can Be Done returned at 3 with a solid second-place finish in a $50,000 optional claimer at Gulfstream Park on Feb. 24. He was then third, beaten just a neck, in the Cutler Bay Stakes on Florida Derby Day at Gulfstream Park March 27.

“He wintered great in Florida,” said Sacco. “He had a beautiful second comeback race at Gulfstream and we penciled in this race right after that. There were a few other options – the Penn Mile, a race in New York, another race in Kentucky — but we decided to stay at our home turf.

“He’s a fresh, sharp horse. He’s ready to go. It looks like a very competitive race but he’s a talented gelding.”

Jose Ferrer has the mount for owners Red Oak Stable.