Runup, From The Connections Of Runhappy, Goes Gate To Wire To Win Monday’s $200,000 Sorority Stakes By Three Lengths 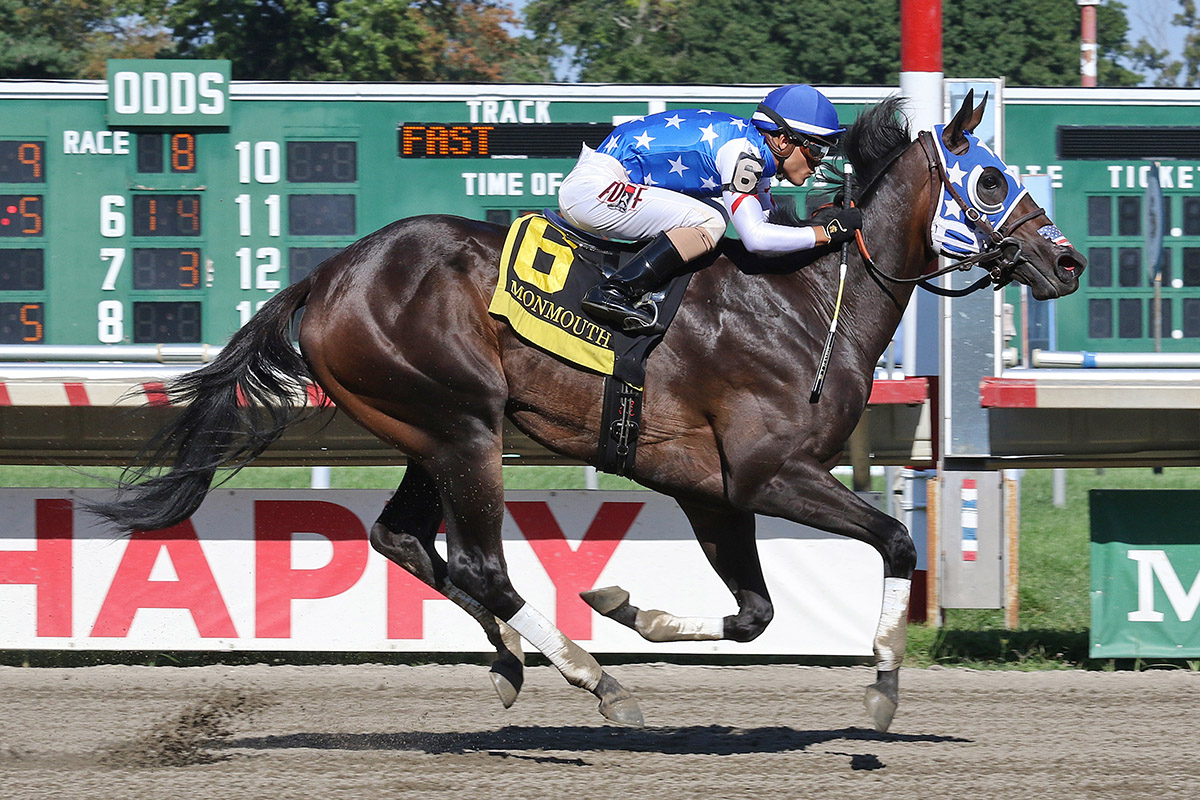 The connections of Eclipse Award-winning sprinter Runhappy appear to have another potential star on their hands.

Making her third career start, and first going two turns, Runup beat a speed-laden field to the lead, opened up 3½ lengths on the backstretch and was never seriously threatened in her first race since breaking her maiden.

“She ran a big race,” said Wohlers. “She’s still a little green and she has a lot of improvement to make but she ran a nice race. I really didn’t worry about her trying two turns. She’s one of those fillies that, in the morning, in her gallops or at a clip, she’s still in the bridle at the end. So I really wasn’t worried about the distance.

“I was more concerned about her stepping up into this company with her still being green. She’s a little hard to gallop. She’s always on the go, like her dad was. I think she is going to improve the more she runs. We’re really happy today. Of course, we’re happy for Runhappy. He’s our boy.”

The daughter of Runhappy-Up the Street by Street Cry was also bred by owner McIngvale in Maryland.

Let go at odds of 14-1 in the field of six, Runup’s victory also provided a big payday for one bettor who took down the jackpot Jersey Shore Pick 6, which returned $157,148 for 20 cents.

Jockey Joseph Ramos, making his debut at Monmouth Park, said the pre-race strategy was just as it played out: Use Runup’s quick speed to get to the front and then see how far she can carry it. Runup set the early fractions of :23.73, :47.69 and 1:12.74 for six furlongs.

Jumeirah, who chased Runup throughout, finished second, a half-length ahead of 6-5 favorite Gimmick.

“There was a lot of speed in this race but my filly also has good speed and they felt she would have no trouble going long,” said Ramos, who is based at Indiana Grand. “She broke out of there so sharp. I kept her relaxed and started talking to her at the quarter pole and she responded for me. I was thinking then that maybe I had this race because they were not coming at me.

“She’s a nice filly. She loves to run. I was a little worried about the two turns because she had only sprinted in her two races before this one. But she went right to the front and just kept going.”

After finishing a well-beaten third in her debut at five furlongs on the grass, Runup broke her maiden at Pimlico with a 6½-length romp going 5½ furlongs.

“She’s very fast,” said Wohlers. “You always wonder if they’re going to be able to convert that into a distance and going two turns. With the exception of her dad she probably has more speed than any horse we’ve had in our barn since then. I think she does want to go long and I think she showed today she can do it.”