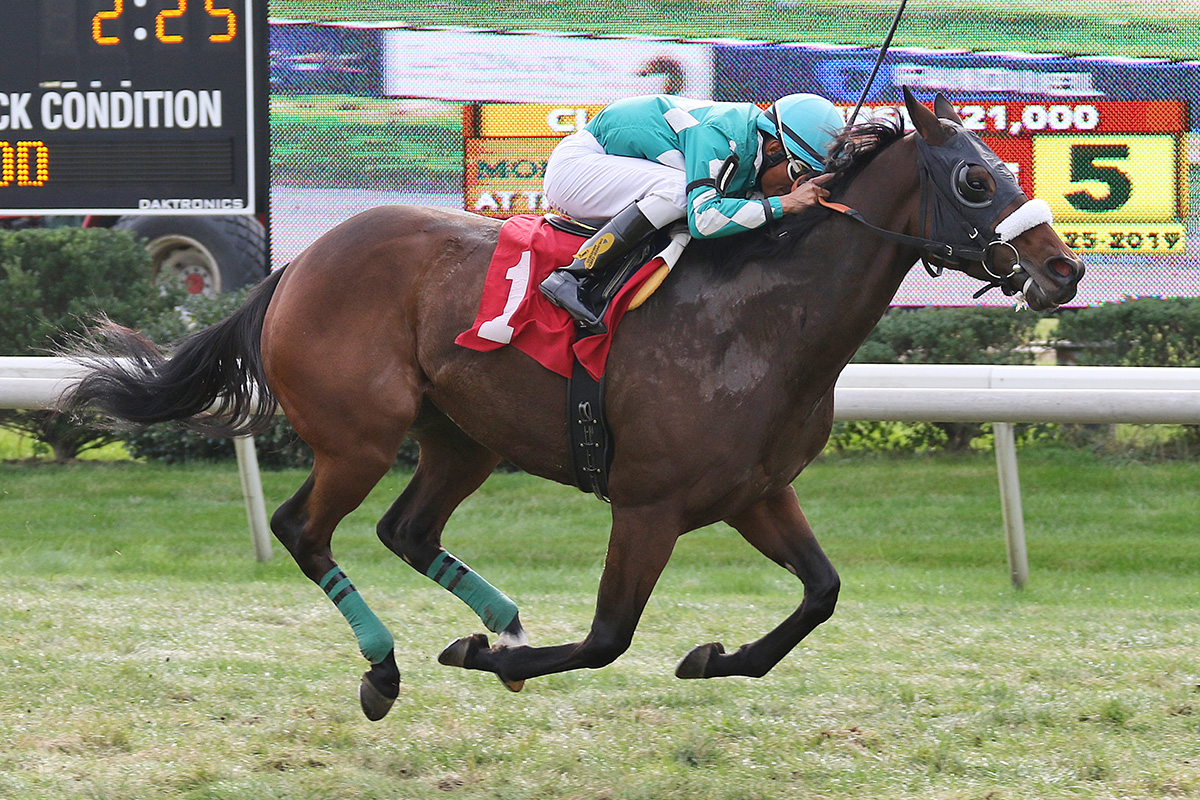 Rough Night withstood early pressure through the opening half mile and then drew clear in the stretch to pay immediate dividends for his new connections in cruising to a 5½-length victory in Friday’s featured turf race at the Meadowlands Racetrack in East Rutherford.

Claimed out of his last start – a 2¾-length victory at the Meadowlands on Oct. 4 – by Metro Thoroughbreds for trainer Derek Ryan, Rough Night posted his sixth victory in 12 career grass starts.

Due in large part to 36-1 shot Icy Lady capturing the third race on the program, Saturday’s final all-turf card of the season at the Meadowlands will have mandatory payouts of carryovers in the Pick 5 and Pick 6.

Rough Night, ridden by apprentice Maikol Tunon, returned $5.00 to win as the favorite in the field of 10 going a mile. The final time over a turf course labelled good was 1:36.69.

Pushed by Heiko through an opening half mile in :47.53, Rough Night shook off the challenge and then widened his advantage as he came out of the final turn. He was never seriously threatened in the stretch.

Wicked Boy was second, a head in front of Treasury Stock in third.

First race post time Saturday at the Meadowlands is 12:30 p.m.

Monmouth Park will close out its 61-day meet on Sunday with a 10-race program that includes a mandatory payout in the Jersey Shore Pick 6, which currently has a carryover of $43,252.

A total of 106 horses are entered on Sunday.

Also to be decided on Monmouth Park’s final program of the year is the leading jockey, with five-time champion Paco Lopez currently holding a 107 to 106 lead over 2017 leading rider Nik Juarez. Both are listed on seven mounts on the card.