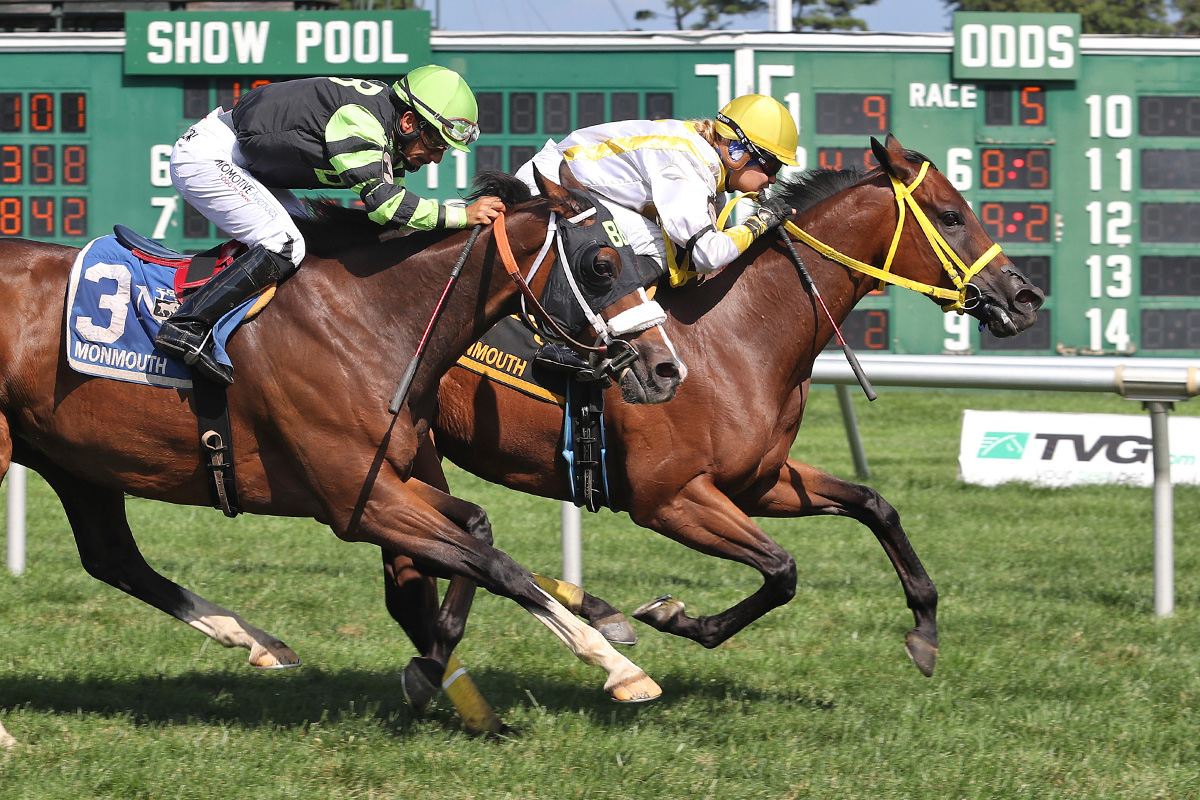 Roselba took control of the lead midway through the backstretch and then had just enough left to hold off the relentless stretch-long challenge from Bramble Bay to win Saturday’s $85,000 Pinot Grigio Handicap by a neck at Monmouth Park.

Trained by Rory Huston and ridden by Ferrin Peterson, Roselba resisted the prolonged attempt by Bramble Bay to go by in posting her first career stakes victory and second win in the past three starts.

The winning time for the five furlongs over a firm turf course was :56.98. It was another 8½ lengths back in third to Ask Around.

“My strategy was to get the lead,” said Peterson. “There wasn’t much pace in the race. When the outside horse (Jersey Jewel) was gunning for it right away I thought that I didn’t want to burn my horse up early, so I let her go on with it. But then as we were approaching the turn she was coming over on us to force pressure. I decided I didn’t need to get squeezed out and get in trouble, it’s five furlongs, you have to let her go. So I let her go again and she was happy to go.

“My main concern was Bramble Bay and I felt going in that I had to open up enough so that Bramble Bay had a lot of ground to make up. I didn’t expect him to be that close early on in the stretch. I could hear (jockey) Paco Lopez yelling, I could hear his horse breathing, and I’m screaming to my horse. I love winning that way, when it’s really a duel and it takes a horse to show a lot of heart.”

Roselba, a Colonial Farm homebred, paid $5.20 to win in the field of seven Jersey-bred distaffers.

The 5-year-old daughter of Private Interview posted her fourth victory in 16 career starts and is now 2-for-3 sprinting on the grass.

“She’s getting better as she gets older,” said Huston. “The other grass race she won she was game in that race as well.

“She is always close (to the speed) early. We figured, as long as she didn’t get into a speed duel, she would be fine. Ferrin Peterson had to back off a little bit early on but then made the move for the lead at the right time midway through the backside.”