Record Pick 6 Carryover Of $358,203 Headed For Mandatory Payout On Sunday If It Is Not Hit Saturday 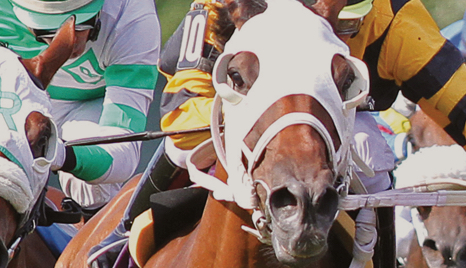 If the 20-cent base wager again fails to produce the single winning ticket required to collect the entire jackpot on Saturday there will be a mandatory payout on closing day on Sunday, when Monmouth will offer a 13-race program.

Free past performances for Sunday’s Pick 6 sequence can be found at http://www.equibase.com/content/specialwagers/monmouth/090918.cfm

Among the challenges for Saturday’s Pick 6 plungers is the $35,000 final of the Malouf Auto Group Starter Handicap Series at a mile and three-eighths on the grass, with the Jason Servis-trained Montclair looking to become a four-time winner at the meet.

Montclair, the 9-5 morning, has captured the first two legs of the Malouf Series and has revived his career since being claimed for $5,000 at the Meadowlands Racetrack on Oct. 7, 2017.

The 8-year-old gelded son of Mantjeu-Minaccia has six career wins and has earned $396,671 during his career. Half of his lifetime wins have come during the current Monmouth meet.

The final of the Malouf Series, which has drawn a field of nine, goes as the ninth race on Saturday’s card.

First race post time for both Saturday and Sunday is 12:50 p.m.